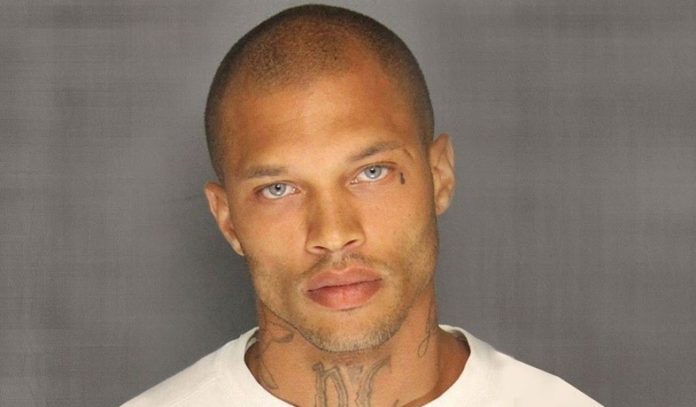 A man who began a new career after his mugshot was seen back in 2014, has reportedly been detained and deported from the UK. Jeremy Meeks, who became known as the ”hottest convict ever” after his picture appeared in a police Facebook page, arrived to the airport but was detained shortly after.

Jeremy Meeks became a celebrity when his mugshot appeared on the internet. He had been arrested for gun charges at the time but the mugshot turned his life around after his release. Meeks caught the attention of females around the world as they believed he had the looks to become a model after his release. His mugshot quickly earned him nicknames such as ”hot felon”, ”jail bae” and ”hottest convict ever.”

After his release, Meeks decided to try modeling and signed a contract with a company. The 32-year-old was going to visit the UK for photo shoots that would be part of magazine covers. But the model was not allowed to enter the country after arriving to the airport this morning. According to his manager, he was detained by the country’s border officials at Heathrow Airport.

His manager confirmed that he was not arrested but was deported. He also says Jeremy was carrying all the paperwork needed to enter the country, including a letter signed by his parole officer. The manager also spoke to the Mail Online and said that they went into the UK and went through immigration and Jeremy was detained there.

A few hours ago, Jeremy Meeks arrived back in Los Angeles after not being allowed to enter the UK. Meeks was reportedly police escorted onto the plane after hours of interrogation. The 32-year-old was planning to spend a week in the UK to complete a series of photo shoots for magazine covers.

Meeks’ manager Jim Jordan insists he had all the paperwork to enter the UK but he was deported from the country less than eight hours after arriving to the airport. Jeremy Meeks, who made his runway debut earlier this year, reportedly said he couldn’t understand why he was deported from the country but he is now back in Los Angeles after spending eight hours at Heathrow Airport.