Huawei has just announced the Honor 6A, which is part of the company’s sub brand Honor. The Honor 6A has a 5-inch display, Snapdragon 430 processor, and 2GB or 3GB of RAM and 16GB or 32GB of storage. Pre-orders will start on May 25 and the phone will be released on June 1. The 2GB/16GB variant will be priced at around $115 while the 3GB/32GB variant will have a price of $145.

The Bluboo S1 reminds us of the Xiaomi Mi Mix but there is one big difference, not in the design but in the price. The Xiaomi Mi Mix is a good looking phone that many would love to have if it was available outside of China but Bluboo plans to have another option for customers soon. The Bluboo S1 is a nearly bezel-less smartphone that comes with dual cameras. The dual camera technology is often part of expensive smartphones but Bluboo will be one of the few to offer it at a lower price. The specs are good but the most impressive part is its rumored price. According to several tech sites, the phone will be priced at around $150. The company has not announced a release date but it’s rumored that it is going to hit the market in June.

Huawei’s Honor 8 Lite was first released in Finland three months ago but the phone is now making its way to other markets. The mid-range smartphone has a 5.2-inch display, 12MP rear camera and 5MP front camera, 4GB of RAM, 16GB of storage (expandable up to 128GB with a microSD card) and Android 7.0 Nougat right out of the box. The Huawei Honor 8 Lite has a price of $277. 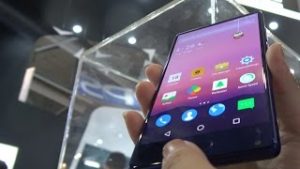 The Xiaomi Mi Mix could soon have some competition as at least three companies are planning to release a similar phone. One of them is Doogee, with its Mix bezel-less phone. The company has already shown its phone and while a release date has not been announced, the Doogee Mix has caught the attention of a lot people because of its price of $170. The Doogee Mix has a few differences when compared to the Mi Mix, the upcoming phone has a dual camera and home button on the front.

The Xiaomi Mi Max was a huge success for the company last year. The phablet was the largest phone ever released by the company at the time and its price quickly made it a hot seller. The Xiaomi Mi Max 2 will be launched tomorrow and it’s rumored that the phone will include a 5,349mAh battery. The phone will be unveiled on Thursday but a lot of information about its specs has already surfaced on the internet. The Mi Max 2 is rumored to be powered by a Snapdragon 626 processor with 4GB of RAM. The pricing is said to be between $217 and $246. Xiaomi recently released the Mi 6 and is working on the Mi Mix 2 but the Mi Max 2 costs hundreds of dollars less and has the large screen that many users are looking for in a phone.