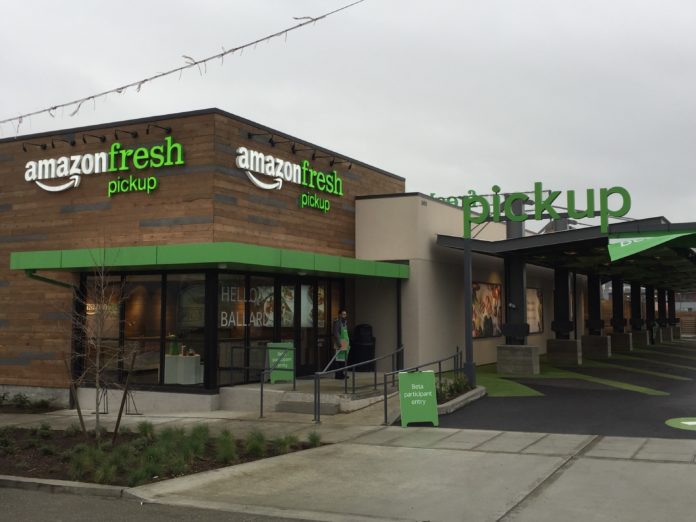 How does AmazonFresh Pickup work? Well, according to the Seattle Times, customers buy their items online and then select the time they want to go pick them up at the store. Amazon Prime members have the option to go pick up the items two hours after completing the order but those who are subscribed to AmazonFresh can go pick up their items in 15 minutes. The pickup locations have a license plate reader that let the store know that the customer has arrived to pick up the order. The groceries are then brought to the customers car.

The AmazonFresh Pickup service is only available in two stores in Seattle and it is the first time that it’s open for customers. The service first opened two months ago but it was being tested by Amazon employees.

Amazon has already opened a few bookstores in Seattle and other cities. Its first bookstore opened in Seattle in November 2015 and two days ago, the online retailer opened one in New York City. Amazon’s new grocery pickup stores are just the beginning as the online retailer reportedly wants to open thousands more across the US. Last year, the online retailer also announced Amazon Go, stores that feature technology to make shopping faster and easier for customers. Amazon Go stores are similar to any other stores but the big difference is that it does not have any cashiers. Customers walk in, grab what they want and the total is charged to their account when they walk out. The Amazon Go opening was reportedly delayed in March because of technical issues but residents of Seattle now have two stores where they can pick up their groceries.