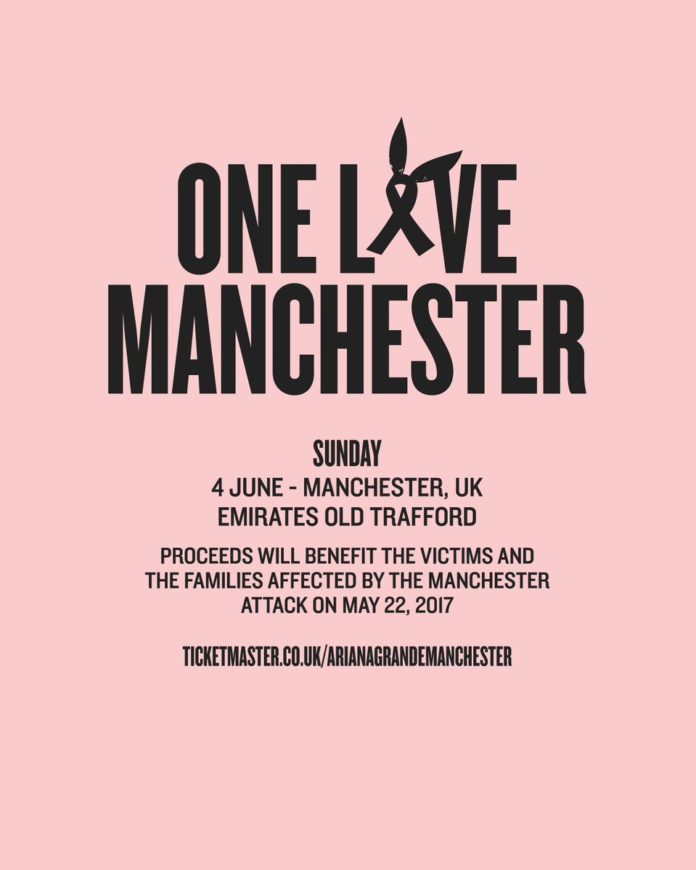 Ariana Grande and other artists will be at the benefit concert that will take place in Manchester on Sunday. Grande had announced a few days ago that she would return for a concert to raise money for the victims of the attack.

A few other artists, including Miley Cyrus, Justin Bieber and Katy Perry, have confirmed that they will also be part of the concert. Grande is offering free tickets to those who were at her concert on May 22. The concert will take place on Sunday at the Old Trafford Cricket Ground.

A number of artists are already confirmed for the concert and more could join in the next few days. Tickets for the concert will go on sale on Thursday. The prices have not been announced.

Ariana Grande confirmed the news of the concert by tweeting an image with the date and place. The tweet also mentions that proceeds will benefit the victims and families affected by the Manchester attack.

The attack on Manchester Arena left 22 people dead and more than 50 injured. The explosion happened after the concert ended. A few days later, the singer confirmed that she had canceled her world tour and that she would return to Manchester.

The money from the concert will go to the We Love Manchester emergency fund. The three hour show will begin at 7:15. The concert will broadcast on BBC One and BBC Radio.

Police continue their investigation and have arrested more than ten suspects. The father and the brother of the bomber were arrested in Libya last week. The bomber reportedly spoke to his brother minutes before the attack. According to officials, the brother knew he was planning an attack more than a month ago.

Many of the people injured by the explosion are still at the hospital, with some of them in critical care. Organizers of the event on Sunday have reportedly asked people not to bring bags.