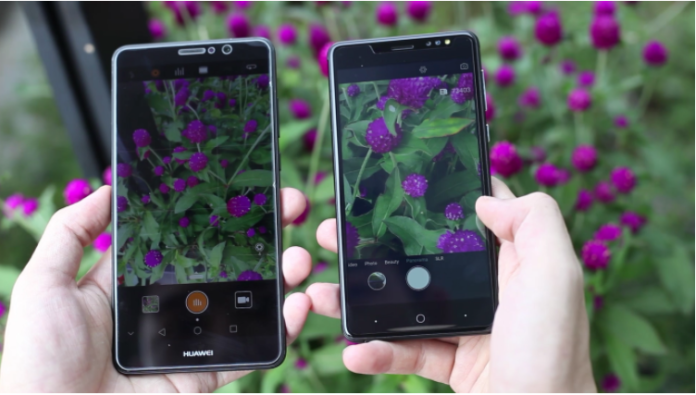 Well, the differences in specs between Huawei Mate 9 and BLUBOO D1 are drastic. The former sports Leica dual cameras with a 12MP RGB sensor and 20MP monochrome sensor while the later uses the 8MP primary Sony sensor along with the secondary 2MP for collecting data mainly about the depth. Is there really that huge difference in performance?

As we can see in the video, the BLUBOO D1 appears to be grabbing quite good photos with bokeh effect. Though the Huawei Mate 9 performs a little bit better in terms of details and color representation, the comparison with it doesn’t put the BLUBOO D1 to shame. Overall great results for a phone that costs merely $69.99.

Specs wise, the BLUBOO D1 comes with a 5.0-inch HD display, a MediaTek MT6580A quad-core CPU, 2GB of RAM and 16GB of internal storage expandable up to 256GB. The front-facing shooter with LED softlight has a decent resolution of 5MP. And the D1 is fueled by a 2600mAh battery and features a metal build, a rear fingerprint scanner, Android 7.0 Nougat, dual SIM and microSD slots.

The D1 model is available in three colors: black, gold and blue. If you’re interested in buying the BLUBOO D1 you can get it from any of the links below:
GearBest: http://www.gearbest.com/cell-phones/pp_625519.html?wid=11
AliExpress Store: https://goo.gl/1T3Cqi