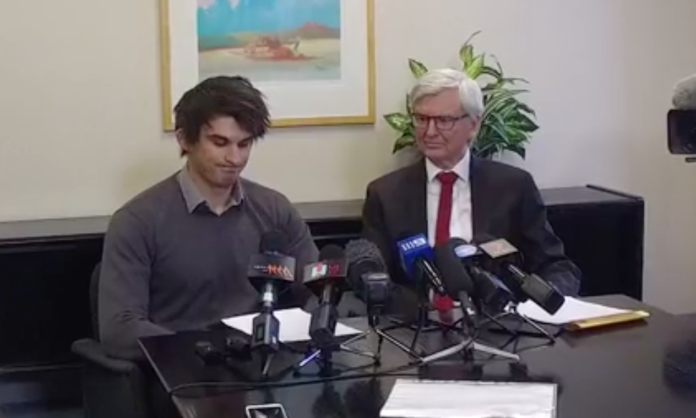 The fiance of the woman arrested in Colombia with 18 packages of cocaine in her luggage has broken his silence. Scott Broadbridge, who was planning to marry Cassie Sainsbury next year, has made a post on an online fundraising page.

In the fundraising page, which was created by Ms. Sainsbury’s sister, Broadbridge wrote that Cassie helped manage a cleaning business that has national and international clients. He added that unfortunately, it is very easy for tourists to get targeted. He finished the post by asking people to just be respectful and that they’re trying to get an innocent girl back home.

The two were planning to get married next year and Ms. Sainsbury was arrested over packages she says she thought were headphones. The headphones were part of the wedding gifts that the couple were planning to give at their wedding. But the packages in her luggage did not contain headphones. Ms. Sainsbury was arrested at the airport on April 12 and is currently being held at a women’s prison. She has been denied bail and is facing between 18-25 years in jail.

The packages, which she says she thought were headphones, were given to her the day of her flight home. A few days after her arrest, authorities revealed an image of Ms. Sainsbury standing next to a table with the packages found. Her mother says she was set up by the man she became friends with during her stay in Colombia. Her mother has also said that she could have her sentence reduced if she gives more information on the man.

Ms. Sainsbury was arrested at Bogota’s El Dorado International Airport, one of the biggest in South America. The airport has seen a number of arrests in recent years and is actually featured on a National Geographic channel series.