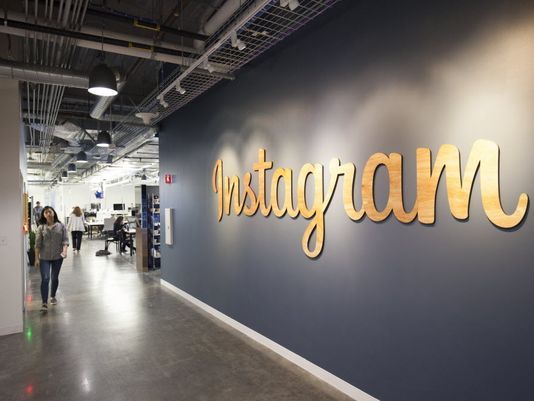 Users of the photo-sharing app will now be able to choose from eight filters including koala ears that move and twitch and math equations that spin to create amusing effects for their photo or video posts. 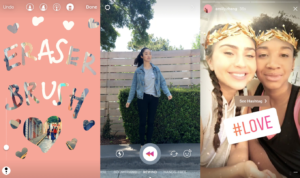 Other new features include a rewind mode for videos as well as hashtag stickers to visit hashtag pages.

Facebook has been developing its camera tool in an effort to compete with its tech rival’s features such as vanishing messages and face-tracking filters, which are very popular among teenage and millennial users.

The gambit comes after the world’s largest social media netwoek has already added several Snapchat-like features such as Stories, which allows users to upload pictures and video slideshows that are erased after 24 hours.

At present, Instagram does not support sponsored face filters, where advertisers can create their own content – a major revenue-generating feature for Snapchat.

Kevin Weil, Instagram’s head of product, admitted that the app’s new features bear stark similarities to those of Snapchat’s existing ones. At the TechCrunch Disrupt conference in New York, he said: “if we’re being honest with ourselves, this is the way the tech industry works and frankly, it’s how all industries work.”

“Kudos to Snapchat for being the first to Stories, but it’s a format and its going to be adopted widely across a lot of different platforms,” he added.

Snap Inc, in its first earnings report as a listed company last week, said it had 166 million daily active users as of March – a significantly lower number than that of its competitor.

Since its IPO in March, Snap’s shares have been volatile, plunging 23% last week after the company posted lower earnings than expected on their quarterly report. However, it revived confidence after several institutional investors including George Soros and Daniel Loeb disclosed stakes in the company.

John Dennis Mendiola
A Business Administration graduate who takes interest in current events and existentialism. He is often found browsing the weird and bizarre during his spare time.
RELATED ARTICLES
Technology