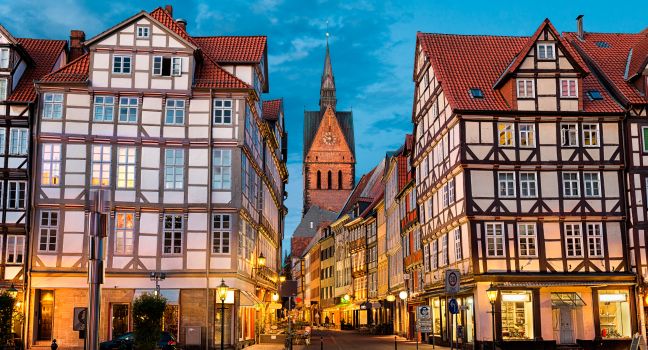 It’s been over 70 years since WWII ended but the city of Hannover is currently evacuating around 50,000 people to defuse the bombs that are still being found. Experts will defuse five WWII bombs on Sunday.

It is not the first time that thousands of people are evacuated in a German city to defuse bombs from WWII but Sunday’s operation is the second largest ever. Authorities will evacuate hospitals and seven care homes.

The evacuation will only last a few hours as experts work on defusing the five bombs but authorities have asked residents to take items they will need during that time. Authorities have also asked the residents being evacuated to turn off gas and electrical appliances in their homes.

The thousands of people being evacuated from the city will have the chance to attend events. The city of Hannover has created sporting events, museum tours and other activities to keep residents entertained.

It is the second time in the last six months that thousands of people are evacuated from a German city over WWII bombs. In December, more than 50,000 people were evacuated in Augsburg so experts could defuse a WWII bomb that had been found there. That evacuation was the biggest ever in Germany.

The city of Hannover was the site of a battle during WWII and thousands of homes were destroyed. But some of the bombs dropped on German cities remain buried as they never exploded. Construction on these cities has led to the discovery of many unexploded bombs, which have to be carefully defused by experts.

The 50,000 people being evacuated from the city is around a tenth of its population. The evacuations will allow experts to defuse five WWII bombs. In 2015, 31,000 people were evacuated in the city after a WWII bomb was found. In May 2016, experts also defused a WWII bomb.