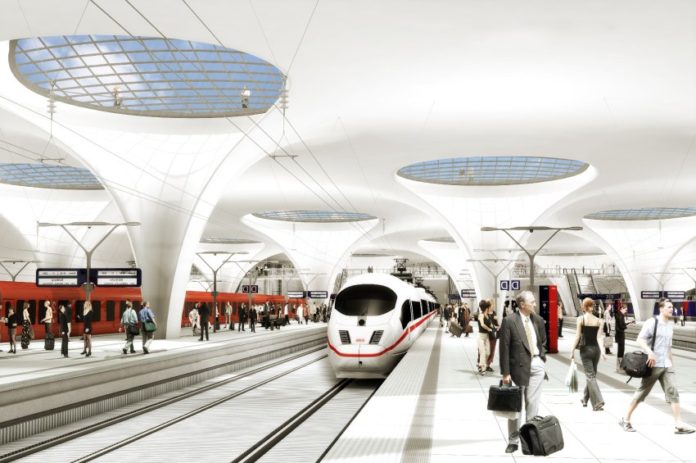 Stuttgart 21, a railway project in Stuttgart, Germany, has had a few challenges on its way but maybe its biggest is the two threatened species of lizards that are found there. The sand and wall lizards are found throughout the route of the project and one of the main companies behind the project could be spending millions to find them a new home.

There are thousands of sand and wall lizards living in the area and railway company Deutsche Bahn has had to come up with a plan to find them a new home so they can complete the project. The railway company estimates that the cost of resettling the sand and wall lizards will be around $16.3 million. The Stuttgart 21 project is part of an upgrade to the city’s central station and will add more than 30 miles of new lines.

The biggest problem with the project is that the thousands of lizards found in the route are threatened species. The plan to find them a new home will cost the railway company millions but will need to be done to complete the project. The discovery of the two threatened species of lizards in the route has led to an 18 month delay, according to a Stuttgart 21 project spokesman.

The delay has continued as companies and conservationists discuss a solution for the two species of lizards living throughout the route. The plan currently being discussed might take some time as experts would be brought in to help catch the lizards. The lizards will then be taken to a new home just a few miles away.

The estimated cost of $16.3 million includes the transportation needed for the animals, their new homes and the rescue teams that will be brought in. The project, which was announced 23 years ago, has been heavily criticized in recent years for its cost. The estimated cost of the project is $7.06 billion but some critics have suggested that it might increase to $20.31 billion.

The project was officially announced 23 years ago but construction work did not begin right away. It took 16 years for construction to start and it will take another four years to begin operating. There has also been an 18 month delay as the companies and conservationists discuss a way to solve the problem.