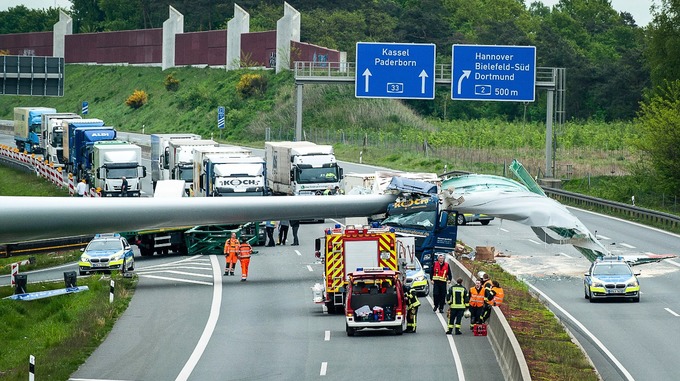 A German Autobahn had to be closed by authorities after it was blocked by a giant wind turbine. The turbine fell across the road on Tuesday morning, leaving most of it blocked. Part of the blade also landed on a truck that was driving by when the accident happened.

The wind blade was badly damaged on the side that landed on the truck and road. Images show emergency teams on the road and several trucks waiting close by.

Authorities said shortly after the accident that they were not clear on how the giant blade would be removed from the road. They did confirm that the road would be closed for at least a few hours, which led to traffic jams in the area. Authorities have also confirmed that the driver of the truck that was hit by the blade was injured but they have not revealed his condition.