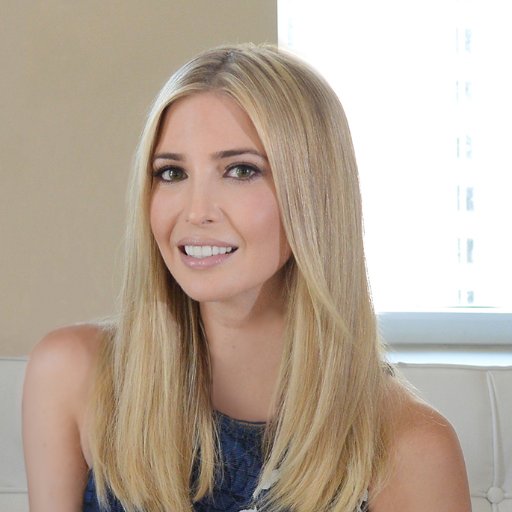 Ivanka Trump has always been one for the spotlight. Thanks to both her own ventures and her father, whose gone from Business owner, to WWE feature (we’re not kidding, there’s a gif of this), to eventual United States President, Ivanka now finds herself at a cross roads of power. Given special appointment as an advisor to her father and as a means of ensuring that ethical rules are followed, she has currently given up her role at the Trump Organization and is one of the most popular social media starlets to ever inhabit the White House. While this would be enough to gain anyone fame, her history includes so much more.

Starting off first as a model way back in 1997, Ivanka Trump has been seen walking the runways in all the big names, including Versace and Marc Bouwer, a famed South African fashion designer. She would also appear in many American advertising campaigns for popular brands, appearing on the covers of such magazines as Forbes and Seventeen magazine. This would not always keep her interest, though. Around a decade after the start of her modeling career, she would start working with her father on the popular The Apprentice series, having previously worked with him to help run beauty pageants. After this, she would begin designing her won fine jewelry and fashion lines, the later of which causing considerable controversy.

In recent years, the lines Ivanka Trump have made have been under a bit of fire. Between PETA protesting the fact that real rabbit fur has been used on some of her signature items, while others have been claimed to be blatant rip-offs of other designers, causing a boycott of some of her clothing items. This should not be taken to say she is only out for money however, as after converting to Judaism and marrying Jared Kushner, Trump has become greatly involved in multiple philanthropic causes, including the Chai Lifeline which helps childhood cancer patients, as well as the emergency medical group United Hatzalah (rescue in Hebrew), and several organizations focusing on getting the young and women interested in business and innovation.

In terms of her current personal life, Ivanka Trump is married to Jared Kurshner, and the two have three children together. Ivanka has only recently adopted the social media craze in full, and often is showing off either her office life or family with a great deal of joy. 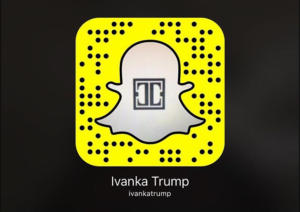 As one would expect with such a high level personality, her snapchat name is simply her first and last name without a space. To add to your feed, you can scan the image to the side, or click this link: https://www.snapchat.com/add/IvankaTrump