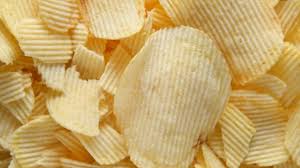 The potato chip shortage in Japan continues as people are buying as much as they can from supermarkets and stores. Typhoons last year affected the crops in Hokkaido, the country’s biggest producer of potatoes. The area, which accounts for around 80 percent of the potatoes in Japan, was hit by several typhoons last year. The storms left the country with little potatoes and that quickly led to snack companies suspending some of its most popular potato chip flavors.

Snack makers do not have an exact date when their popular products will be back but Nikkei Asian Review recently reported that spring potatoes will reach markets at the end of this month. The potato shortage has forced companies to suspend their most popular potato chip flavors. They have also tried other options to battle with the shortage, including importing potatoes from other countries. But Japan has strict regulations on the import of potatoes, making it a difficult process for companies to continue the production of potato chips.

The shortage has led to panic buying from customers but in some areas where the chips are now sold out, resellers are selling them for between $12-$14. Some of the most popular flavors, including French salad and pizza, have now disappeared from supermarket shelves after snack makers announced the suspension of production a few weeks ago.

Calbee has suspended production of more than ten of its most popular potato chips and other snack makers have also decided to do the same. Japan, which has some of the craziest potato chip flavors, is a big fan of potato chips but reports say no end is in sight for the chips crisis.