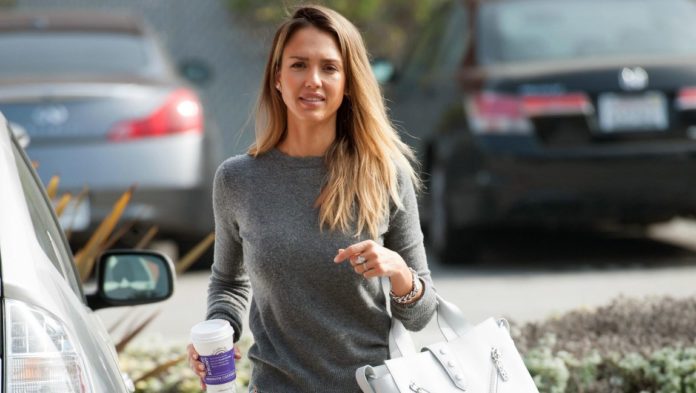 American sweetheart Jessica Alba has been acting from the young age of 11. The actress has overcome overwhelming odds to success such as bouncing around from place to place with her Air Force family as well as overcoming major health issues. Jessica Alba is most well-known for starring in the television series Dark Angel as well as the cult classic Sin City.

How Jessica Alba Got Famous

She was born on April 28, 1981, in Pomona California. She had a myriad of health issues. As a child she regularly got pneumonia, her lungs partially collapsed twice, and she also had asthma. Jessica Alba was hospitalized for a cyst on her tonsils and a ruptured appendix. Because she was constantly in the hospital, she did not have many friends. Unfortunately, she is isolated due to health issues and attendance problems, as well as the frequent moving that came along with being a military brat. Jessica attended the Atlantic theater company after graduating from Claremont high school.

She won the grand prize of acting lessons when she competed at a Beverly Hills acting competition. This led Jessica to be signed by an agent. Jessica Alba began her career in a 1994 film called Camp Nowhere, a comedy starring Christopher Lloyd which got an 18% on Rotten Tomatoes.

Jessica Alba then went on to appear in 90s kids television favorites such as the Secret World of Alex Mack, Flipper, and Beverly Hills 90210. Her popularity increased when she appeared in a minor role in that Drew Barrymore movie Never Been Kissed. Her first real lead role was Molly in the campy horror movie Idle Hands. She was featured opposite teen heartthrob of the moment, Devon Sowa. The 2000’s were good to just Galba. She was chosen by James Cameron to be the lead in his sci-fi thriller dark Angel.

But all was not well – the success was getting to Alba, who was battling anorexia during Dark Angel’s run. Everyone else in Jessica’s family was overweight, and she was afraid that she would end up the same. She continued to battle her eating disorder for years.

Dark Angel did go on to gain the young actress a Golden Globe nomination. Jessica Alba seems to attract as much criticism as she does a claim for her acting performances. Although her good awards and critical claim far outweigh the bad, she’s been nominated for three Razzies for Worst Actress, and actually won Worst Supporting Actress in 2011 for four different movies. Those movies were Little Fockers, Machete, Valentine’s Day, and The Killer Inside Me. Jessica Alba won two Kids Choice awards including one for Best Burp. She also won an MTV Movie Award for the Sexiest Performance in Sin City as well as a TV Guide Award for Breakout Star of the Year for Dark Angel in 2001, among others.

In addition to her acting roles, Jessica Alba has also appeared as a guest judge on RuPaul’s drag race and project runway. In 2003 she starred as singer Jessica Simpson on Mad TV. She voiced her characters in the videogame adaptations of Dark Angel and The Fantastic Four. Jessica modeled for an advertising campaign called to declare yourself which is aimed at getting young people to vote in the 2008 election. This campaign was controversial because it depicted Jessica wrapped in bondage-style black tape.

Jessica also participates in political activism and charity as a champion for gay rights, disadvantaged children, and women – as well as sharks. This got her in trouble in 2009 when she covered a United Way billboard with posters regarding a petition to save the great white shark. The snafu was corrected with an apology and a donation to the United Way charity.

Before she settled down, Jessica Alba stated many celebrities from baseball start Derek Jeter to fellow actor Mark Wahlberg. She was also rumored to date Paul Walker of the fast and the furious. She dated Michael Weatherly from 2000 to 2003. The pair were engaged, but it didn’t work out. In 2008, Jessica Alba married Cash Warren, who was the producer of the Fantastic Four. The two have two children together. 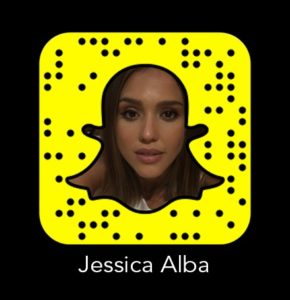 Jessica Alba does not seem to have a public Facebook profile, but her official Facebook page has over 5 million likes. You can follow her here. The public page features candid shots of the actress as well as memes and reposted videos about her favorite causes. Most recently, Jessica Alba’s Facebook page included a Star Wars day post with a picture of her at a convention. Jessica also participates in throwback Thursday which makes her seem down to earth. She also recently made a post responding to Jimmy Kimmel’s monologue about Obamacare and his sick son.

You can find Jessica Alba on Instagram under your username JessicaAlba or by following her here. The social media page has 10.6 million followers ends 3000 posts. Most of the images are pictures of her kids, professional shots, and ads for Honest Beauty which is her eco-friendly line of cosmetics.

On Twitter, Jessica Alba describes herself as “playing make-believe for a living.” You can join her 9 million plus followers by clicking here. Most of the tweets are crossposted from Facebook with an occasional personal post such as “feeling super blessed at family brunch today.”

What is Jessica Alba’s Kik Username or Code?

It does not look like Jessica Alba has a Kik account, or at least not a public one.

It does not appear like Jessica Alba has an official YouTube page. There is a channel called Jessica Alba but is missing the official checkmark. This channel features Jessica at various award shows, as well as morning show interviews about her eco-friendly line of cosmetics and baby products called the Honest Company. While Jessica does not have a YouTube page for herself, she does have one for The Honest Company. You can find it by clicking here.