Joseline Hernandez Net Worth 2018 – How Rich is She Now? 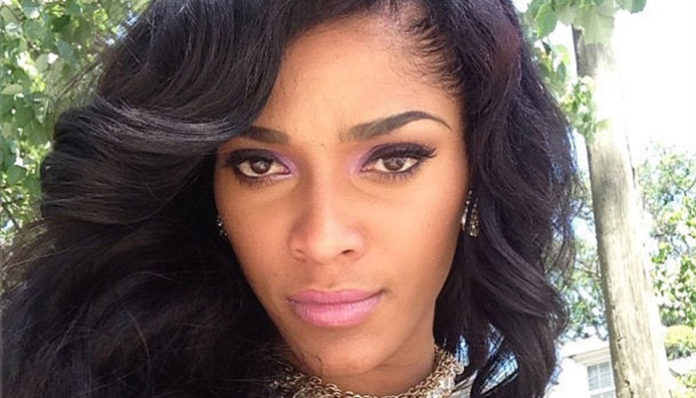 Reality TV personality Joseline Hernandez rose to fame after starring in the VH1 reality series, Love & Hip Hop: Atlanta in 2012. Born in Puerto Rico, her childhood had been difficult. Her father had died from a drug overdose when she was just a few years old. One of six siblings, the family often found themselves struggling with finances. In order to put food on the table, Hernandez began to work as a stripper at the age of sixteen.

Many years later, she was discovered by music producer Stevie J while working as a stripper. From there, Hernandez was eventually offered a part in the reality show, Love & Hip Hop: Atlanta– an opportunity which ultimately  turned her life around. As one of the country’s rising reality stars, it is currently estimated that her net worth is close to the $2 million point.

Let us take a closer look to see how she earned those millions.

How did Joseline Hernandez Make Her Money 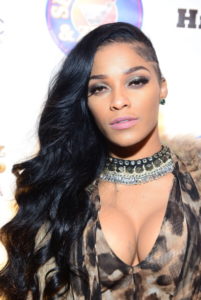 Born on November 3, 1986 in Ponce, Puerto Rico, Joseline Hernandez’s childhood was the opposite of idyllic. Growing up in HUD, her father passed away from an apparent heroin overdose while she was still in grade school. Although her mother eventually remarried, the family still ran into financial difficulties often- especially since there were so many mouths to feed (Hernandez has five siblings).

To help financially support her family, Hernandez started to work as a stripper when she was sixteen years old. She was apprehended twice- for lascivious behavior by officials, once in 2007 and once in 2003. Although it was a less than ideal career, it allowed her to provide for her loved ones. Little did she know at the time however, that it would ultimately lead her to appearing on television.

After many years of stripping, Hernandez received a breakthrough after she was scouted by chance, by Stevie J- an award-winning music producer. Not long afterwards, the Puerto Rican was offered a part in the popular VH1 reality series, Love & Hip Hop: Atlanta.

Joining the show in the first season, she was introduced as one of Stevie J’s rising new singers and actresses. a popular title, Love & Hip Hop: Atlanta garnered millions of viewers every week (e.g. over three million audience members per episode); it is still airing to this day- it is currently on its sixth season. Alongside Rasheeda, Karlie Redd, and Mimi Faust, Hernandez is one of four gals who have remained on the show through all the seasons; many others have only starred in a few scattered seasons.

Considering how she’s a main star on the show, it only makes sense for her to receive a nice paycheck for the role. Although the exact amount has never been disclosed, our guess is that it’s in the tens of thousands- having said that, it wouldn’t be unusual for Hernandez to have negotiated a higher pay with the subsequent seasons. She is one of the veterans on the reality show after all!

Having said that, the series didn’t come without drama. After a few years on the show, it was revealed that Hernandez and Stevie J- the same man who was responsible for her television debut, were involved in a sexual and romantic relationship, despite the fact that he already had a long-time girlfriend. Ultimately, their complicated relationship became one of the main focuses of Love & Hip Hop: Atlanta in the later seasons.

Not only is the VH1 reality series responsible for Hernandez’s career breakthrough, but it has also earned her a large portion of her current fortune. As well, it has effortlessly catapulted her into television stardom- and to think, she had been working as a stripper for so many years prior.

Speaking of the series, she recently starred in a special which revolved around the star as she prepares herself for labor. Airing in May 2017, it drew in over two million views; also noteworthy is the fact that the special was in part, executively produced by Hernandez herself.

As of 2017, Hernandez has also made several appearances on the American talk show, The Real as one of the guest-hostesses.

While most of her time is spent in reality television, she recently broke into the acting realm in 2016, after appearing in the musical drama series, Star. Portraying one of the supporting characters, Hernandez appeared for a total of four episodes. Is this the start of her acting career? Who knows! If this series is of any indication, perhaps she’ll be taking on more roles as an actresses in the near future.

Aside from her career on the small screen, she has also made advances in her music career. In 2012, she made her debut as a recording artist with the single, Bailar. Since then, she has come out with over half a dozen other titles including Micolta.

On average, it is said that Hernandez earned upwards of a few hundred thousands for each record, her most popular hit being that of Micolta. In total, it is estimated that she she’s yielded a little over a million dollars from her record sales, although this has never been confirmed.

At one point, she also collaborated with American rapper Rocko’s mix tape, Worldplay 2 on the song, Girls Gone Wild. Speaking of collaborations, she has appeared in the music videos including in Ciara’s Body Party, Trey Songz’s Hail Mary, Faith Evans’ I Deserve It, and The Game’s I Remember.

As far as business ventures go, it was announced in the summer of 2016 that she had launched her own line of T-shirts called, Eternity by Joseline Hernandez. Marking her first steps into the fashion world, the collection included a variety of tops, each with various catch phrases such as “Bye Maid”. Since then, a line of intimate products have also been released.

With well over a million followers on social media, Hernandez is also capable of raking in a considerable amount of cash through various endorsements and sponsorships. To date, it is approximated that the reality star has yielded upwards of $52,000 from such deals alone.

Obviously, her earning increases have been reflected in her net worth. In 2012, Hernandez’s fortune was reportedly sitting around the $1.1 million mark. From there, it increased to $1.6 million in 2013 before rising up to $1.7 million in 2014. Currently, it is estimated that the reality star’s fortune is close to $2 million.

No, the reality star is currently not married. Openly bisexual, it was said that she had married Stevie J. However it wasn’t until a few years later in 2016 that the two revealed that the marriage had been faked simply for publicity’s sake. According to court documents that were later released, the couple had been together for many years, but had never formally tied the knot. Hernandez and Stevie have since broken up, this was followed in the VH1 reality series.

Does Josaline Hernandez Have Any Children?

Yes, Josaline Hernandez has a daughter. While she was shooting for Love & Hip Hop: Atlanta‘s season five reunion, she revealed that she was in fact, pregnant with Stevie’s child. Her daughter, Bonnie Jordan was born on December 28, 2016.

Did Josaline Hernandez Go to College?

No, Josaline Hernandez did not go to college. As surprising as it may be, she also did not complete high school. In order to provide for her parents and siblings, she had dropped out to work as a stripper when she was sixteen years old.

At one point before their breakup, Hernandez and Stevie J were living in a rented mansion together in Atlanta. However, they were later evicted as Stevie had fallen behind on the monthly payments.

Currently, it is unknown where Josaline Hernandez is residing. Having said that, headlines were made last year after she had allegedly destroyed Stevie’s property inside his home after she had found another woman at his house.

What Kind of Car Does Josaline Hernandez Drive?

It is unknown what kind of vehicle the reality star currently drives.

Josaline Hernandez as a Philanthropist

All for empowering young women, Hernandez created the nonprofit organization, The Puerto Rican Princess Foundation- one that aims to motivate and empower young women of minority descent. In fact, back when she launched her line of T-shirts, Eternity by Joseline Hernandez, a portion of the proceeds had gone to benefit to the cause.

From working as a stripper to becoming a reality TV star, Hernandez has sure come a long way- and she has one person to think for that, her ex-boyfriend, Stevie J. Since that fateful day when she was discovered, she has appeared in over a dozen TV shows and has even released a series of singles!

Most recently, she also made her official acting debut in the Fox musical drama, Star, which premiered on December 14, 2016.

After giving birth to her daughter back in December 2016, Hernandez took a few well-needed weeks of maternity leave to take care of her new baby. She has since returned to work as of January 2017.

Currently, she is working on the sixth season of Love & Hip Hop: Atlanta.