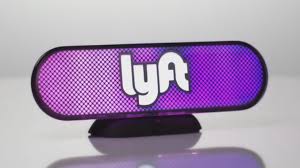 A Lyft driver in Boston is recovering from injuries after four men attacked him during a ride that he decided not to complete because it was against the rules. The driver, 30 year old Anubhab Chakma, picked up a group of people on Sunday morning but the ride quickly got violent as he ordered them to get out because he could only take four passengers. The lyft driver told them he could not take to where they wanted to go because they had a group of five people and the car only has four seats.

Three men sat in the back of the car while a woman and another man were in the front seat. Chakma told the group that he could not drive like that because it is illegal. Only one passenger is allowed per seat.

The group said it would pay him double but the driver refused. Things got out of control when one of the passengers told him he would get a beating if he did not take them. Chakma asked them to get out of the car and went to open the door for the guy but was punched in the head right after. The Lyft driver was then attacked by the other three men but he was able to escape. The attack left the Lyft driver with a broken nose and broken bones in his eye socket. He went to the hospital shortly after the attack and spent the next morning there.

Police are currently investigating the incident and the company has already said it has banned the passenger. The company also said its statement that it is working with authorities in their investigation. The Lyft driver said during an interview with WCBV that it was very painful because he was hit everywhere on the head.