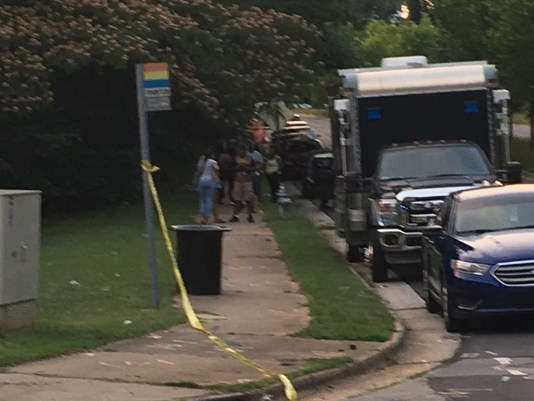 Nathaniel Mathis and the victim Rodney Benton were outside of a house in Atlanta when the argument and shooting happened. According to police, Mathis asked his sister and her boyfriend to buy him Hot Pockets before the shooting happened.

The couple went to the store and found that there were no more pepperoni Hot Pockets but tried to use Nathaniel’s electronic benefit transfer card (EBT) to buy food. The couple did not buy the food as the PIN had been changed but according to reports, Nathaniel and his sister had an agreement for her to use it. The agreement was that she would be allowed to use the card as payment for rent. The couple left the store with no food as the PIN had been changed and Mathis sister called him to argue about it. They were on their way home when she called him.

When Nathaniel’s sister got home, police say Nathaniel was not happy with what had happened. Nathaniel approached the SUV when the two arrived and began talking on the passenger side, which was where Rodney Benton was sitting. According to WXIA, he walked up to the passenger side and told them: ‘you know what’s going on’. Nathaniel then shot at Benton eight times, killing him. Mathis fled the scene after shooting him but was found by police shortly after.

Mathis was found hiding in a park but police did not arrest him right away as he was pointing a gun at his head. Before his arrest, Mathis gave a note to a woman in the park for his sister. The message said that he just snapped and that he loved her and that he didn’t mean for it to happen that way.

The shooting happened on June 11, 2016 and Nathaniel Mathis was found guilty two days ago. He has been sentenced to life in prison.