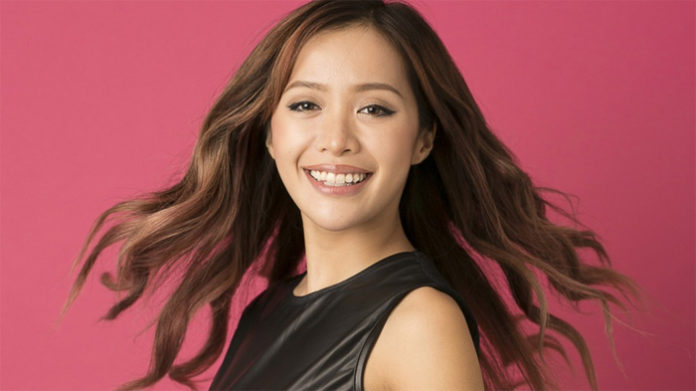 Michelle Phan is a renowned Youtube personality who is best known for her make-up tutorial videos. Born in Massachusetts, her family often struggled with finances when she was young; for a period of time, they relied on food stamps for subsidence. Despite the rough times that she went through, she excelled as a student. After graduating from high school, she studied at the Ringling College of Art and Design.

Having eventually developed a passion for make-up while she was a teen, Phan eventually started a blog in 2005 in which she posted various tutorials for readers. By 2007, she had taken advantage of Youtube- a site booming in popularity, to post various make-up video tutorials and vlogs. Her talent apparent, she quickly became an online sensation. Since then, she has become the second most subscribed to user on Youtube.

Nowadays, it’s estimated that she’s worth well over $3 million. Let’s take it apart and see where her wealth came from.

How did Michelle Phan Make His Money and Wealth? 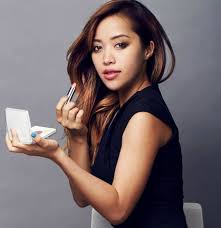 Born on April 11, 1987 in Boston, Massachusetts, Michelle Phan spent her youth in Tampha, Florida, where her family had eventually settled down. The second oldest out of three siblings, she enjoyed playing video games and drawing growing up. While her childhood was enjoyable, her parents often found themselves struggling with finances; at one point, Phan and her siblings even had to rely on food stamps.

A dedicated student, Phan excelled in high school as a teen. During her teens, she was known for having applied heavy make up; while her parents often disapproved, Phan saw it as a form of art. This eventually led her to ponder the idea of working in the cosmetics business following her graduation. Unfortunately, her dream was not supported by her mother, who wanted her to pursue something more concrete, such as medicine.

After graduating from high school, Phan successfully persuaded her parents to let her attend a series of make-up and cosmetic classes; at the same time, she also studied at the Ringling College of Art and Design. In 2005, the aspiring make-up artist started her own blog in which she posted various make-up tutorials. As her popularity rose, Phan began receiving numerous requests from readers. Deciding that videos were easier to understand than text, she subsequently posted a number of tutorial vlogs on her site.

In 2006, Phan launched her Youtube channel. From then on, she regularly uploaded make-up videos, garnering subscribers along the way. Quickly gaining popularity, it didn’t take long for her presence to grow on the site.

In 2009, the make-up artist and Youtube personality received a big break after one of her videos, How to get Lady Gaga Eyes, was featured by the social news website, BuzzFeed. Immediately going viral, it brought Phan to the attention of thousands who before, had never heard of her work. Not only did it effectively boost her popularity, but the feature also helped her break the one million subscriber mark on Youtube.

Since she first joined Youtube, the star has amassed more than 8,000,000 subscribers and over 1,1 billion lifetime views- making her the second biggest user on the site. Regularly uploading new videos, Phan’s channel has grown to include over 400 titles. To date, her most popular upload, Barbie Transformation Tutorial has accumulated more than 66,000,000 views.

A Youtube partner, Phan easily earns thousands from her collection of make-up tutorials on the site. According to various online websites, she made ~$160,000 after taxes (and Google’s cut) solely from her videos alone in 2016. On average, a Youtuber is capable of earning upwards of $5 per 1000 views; seeing as how most of Phan’s videos have been viewed over a million times each, it’s no wonder that she’s made such a killing.

Since her soar to fame, she has also picked up a few business ventures which easily add to her overall income. In 2010, Phan became Lancome’s global representative- making her the company’s first Vietnamese spokesperson. Not long afterward, she was also featured in several of Lancome’s product videos.

In 2011, the Youtube personality co-founded a monthly cosmetics products subscription service called MyGlam with a couple of business partners. Later renamed Ipsy, subscribers receive a selection of five beauty products (e.g. nail products, perfumes, skin products, etc) for a fee of $10 per month. As of 2016, the company had approximately 1.5 million subscribers. 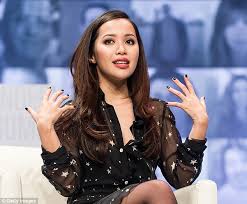 Continuing to branch out her business endeavors, Phan launched a line of cosmetics called em by Michelle Phan in the summer of 2013. Dedicated to her mother, it was released in collaboration with the French company, L’Oreal.

In 2014, the entrepreneur partnered up with Endemol Beyond USA to establish The ICON Network- a talent network dedicated to lifestyle, beauty and entertainment that features various individuals from Youtube. Eventually launched in the spring of 2015, it was made available via Roku.

Later that same year, Phan launched the Shift Music Group, which was a collaborative effort with the Cutting Edge Group. Soon after, she authored her first book called, Make Up: Your Life Guide to Beauty, Style and Success. Published by Random House, it was made available in October of 2014.

Aside from that, she has also produced a few TV series including, Simply Bella (2012), and Introducing Icon (2015). Her own mini-series, Girl’s Guide with Michelle Phan was also executively produced by Phan herself.

In 2016, she made her acting debut in a video game, lending her voice to a character in Marvel Avengers Academy.

According to various sources, Phan has since yielded close to $80,000 from her endorsement deals with cosmetic companies alone.

Judging from all that’s been said, it can easily be seen that her fortune has come from two separate sources- the first, of course being her Youtube channel and the second, being her different business ventures (e.g. EM Cosmetics, Ipsy, Lancome, etc). Considering how she’s an entrepreneur at heart, it wouldn’t be surprising if she were to tackle on a few additional projects in the future years.

Seeing as how her Youtube channel is constantly growing, her presence on social media will most likely only continue to increase over the next years- which means her earnings from being a Youtube partner will also go up. A similar thing can be said for her business ventures; if their current popularity is any indication, they will probably only continue to grow in success.

No, Michelle Phan is not married. Having said that, she has been in a relationship with a Swiss model named Dominique Capraro since 2010. According to sources, the two originally met in Paris in 2008, although they didn’t officially start to date until 2010.

It is unknown whether or not the make-up guru was in any previous relationships in the past.

Does Michelle Phan Have Any Children?

No, Michelle Phan does not have any children.

Did Michelle Phan Go to College?

Yes, the Youtube personality went to college. After graduating from Tampa Bay Technical High School in Florida, she went to the private Ringling College of Art and Design in Sarasota, Florida. During that period, she also took a number of beauty and make-up courses.

How Much Did Michelle Phan Earn Last Year?

Michelle Phan currently resides in Los Angeles, California. Although not much has been revealed about her residence, it is known that she records most of her videos in a make-shift studio in the house. Considering her fortune, her house is probably reasonably big.

Unfortunately, we do not have any pictures of the Youtube star’s house to share at this time.

What Kind of Car Does Michelle Phan Drive?

It is currently unknown as to what kind of car Michelle Phan drives.

Since she first started to share make up videos in the late 2000’s, Phan has become one of the most predominant figures in the cosmetics industry. So far, her Youtube channel- which currently boasts hundreds of tutorials, has been viewed over one billion times; she is also the second most subscribed-to user, with more than eight million subscribers.

Michelle Phan as a Philanthropist

On numerous occasions, Phan has helped to raise thousands of dollars for various charities and organizations. For instance in 2016, the make-up guru helped to raise $35,000 for the Love146 campaign- a non-profit that works towards abolishing child trafficking and providing survivors with the help and career that they need. After the $35,000 goal was met, Phan herself donated an additional $70,000 to raise the total funds to $105,000.

After the make-up guru seemingly disappeared from social media, fans were left wondering about her whereabouts. This spring, Phan finally broke the silence, explaining that her “break” was necessary for not only her mental health, but for the relaunching of her beauty line.

According to reports, she has recently bought back her cosmetics line from L’Oreal and is in process of reviving it.