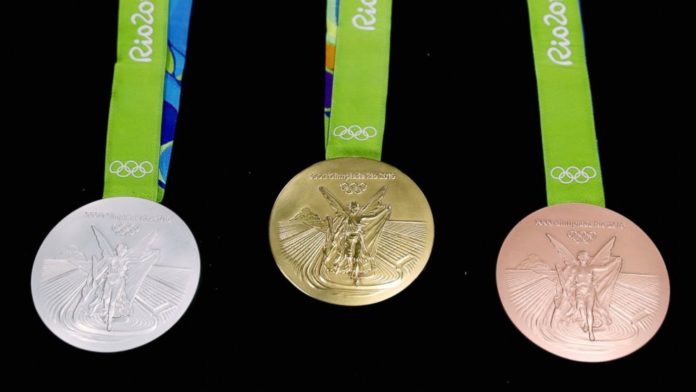 The 2016 Rio Olympics medals are now being returned by athletes due to defects. In recent weeks, athletes from different countries have said their medals are fading in color and even losing pieces of paint.

The complaints come less than a year after the sporting event took place. Reports say at least 100 athletes have sent their medals won at the Rio 2016 Olympics back for a replacement or to get them repaired. Mario Andrada, the communications director for Rio 2016, has said seven percent of the medals were affected. It’s also been announced that all athletes with this problem will get their medals repaired or replaced.

Complaints come mostly from bronze and silver medal winners. Annalise Murphy, who won a silver medal for Ireland in the 2016 Summer Olympics, has returned her medal due to a defect. Malaysia’s team, which won its most medals in history at the event, has also complained about the medals. Some of the athletes complain that the medals are fading in color or losing the paint. More than 80 American athletes have reportedly sent their medals to the US Olympic Committee so they can be shipped to Brazil and be repaired or replaced. According to recent reports, the medals are showing signs of rusting.

For the 2016 Rio Olympics, the more than 5,000 Olympic and Paralympic medals were produced by the country’s mint. Murphy’s manager said she received an email from the organizing committee giving her the option to send the medal back for re-finishing. Her manager confirmed that she sent it back a couple of weeks ago. Other athletes have reportedly sent their medals or are planning to in the next few days.

It’s been nine months since the 2016 Rio Olympics took place but the event continues to be in the news, now for its medals. The medals given at the event contain recycled metal. The silver and bronze medals are made from 30 percent recycled materials. The next host plans to do something similar for its event.