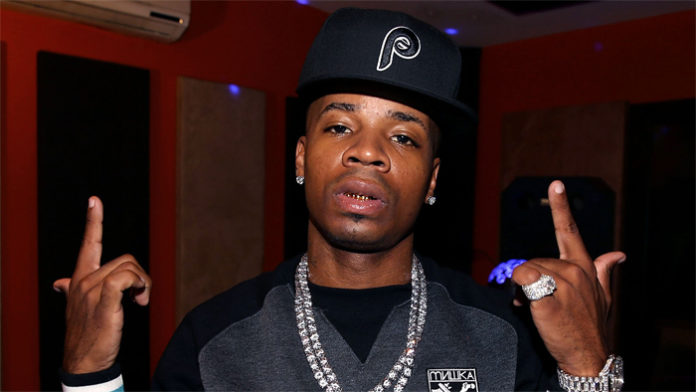 Algernod Washington- better known as Plies, broke into the music scene with his 2007 debut album, The Real Testament. Growing up in the small stateside of East Dunbar, he grew fond of music at a young age. Eventually pursuing his passion, he co-founded Big Gate Records with his step-brother in the late 90’s. Interestingly enough, he was initially reluctant to rap; it wasn’t until he contributed to the vocals of the single, Tell Dem Krackers Dat, that he decided to take back his decision.

Since he signed with Slip-n-Slide back in 2004, the rapper has released a number of albums and singles- many of which hit the record charts. Despite his initial reluctance to get involved in rapping, Plies has become one of the most well recognized artists in the hip hop realm to date.

Would it surprise you that he’s currently worth an estimated fourteen million? Wondering how he amassed that fortune? Let’s take a look, shall we?

How did Plies Make His Money and Wealth? 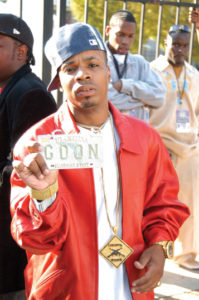 Born on July 1, 1976 in Fort Myers, Florida, Plies (Birth Name: Algernod Lanier Washington) spent most of his early years in the East Dunbar area. Having taken an interest to music as a young teen, he eventually pursued the passion after graduating from high school. In the late 90’s, Plies established Big Gates Records, an independent recording label with his step-brother, Ronnell Lawrence Lavatte.

Despite his love for hip hop, it took some convincing for Plies to take the plunge himself. Having refused to rap initially, it wasn’t until he contributed to a verse on the song, Tell Dem Krackers That, that he eventually decided to go through with a music career of his own.

After signing with Slip-N-Slide Records in 2004, he released his debut mix tape entitled, 100% Real Nigga in 2005. From there, he came out with his second title, Bottom to the Top in 2006, which was hosted by DJ Drama.

On June 12, 2007, Plies came out with his debut single, Shawty, which featured the vocals of popular rapper, T-Pain. In spite of the fact that it was his first record, it quickly became a smash hit. Not long after being released, it peaked both the US Hot Rap Songs and Rhythmic charts; the single later also reached number nine on the Billboard Hot 100 and number two on the Hot R&B and Hip Hop Songs chart. Outside of the US, Shawty even charted in New Zealand. Plies’ breakthrough hit, it has since been certified platinum by the RIAA.

Just a few months later, the rapper released his first full length studio album, The Real Testament. Hugely popular, it entered the Billboard Top 200 at number two and sold over 96,000 copies within the first week; by the end of the third week, it had sold an additional 27,000 units. Plies’ first RIAA certified album, it successfully reached number two on all three major US record charts including the Billboard Top 200, the Top Rap Albums and the Top R&B and Hip Hop Albums. According to various sources, The Real Testament had yielded $500,000 worth of earnings for the artist.

In September of 2007, the album also spawned his second hit single, Hypnotized. Just as popular as first record from before, it peaked at number fourteen on the Billboard Hot 100, number twenty two on the Hot R&B Songs, number three on the Hot Rap Songs and number twenty three on the Mainstream Top 40. Met with rave reviews, it later went platinum after selling more than 1,000,000 copies.

On June 10, 2008, Plies’ second album, Definition of Real was made available in stores. A commercial success, it debuted at number two on the Billboard Top 200 with 215,000 first-week sales- surpassing that of his previous album. One of the fastest selling hip hop albums of the year, it eventually also reached number two on the Top Rap Albums and the Top Hip Hop Albums charts. His best-selling album to date, it has sold over 520,000 copies as of October 2008. How much did it earn Plies? Approximately $500,000.

That winter, the recording artist dropped his third studio album dubbed, Da REAList. Boasting sixteen new tracks, it debuted at the top of the Billboard Top Rap Albums chart and at number fourteen on the US Billboard Top 200. Within the first week, it had sold 114,000 copies according to Niel Soundscan.

Despite being Plies’ lowest-charting album to decade, it has since sold more than 500,000 units in the United States- earning him approximately $300,000 in profit. The album later went on to produce three charting singles, Put It On Ya (Feat. Chris J), Want It Need It (Feat. Ashanti), and Plenty Money.

After a two years break, the American rapper returned with his fourth album, Goon Affiliated. Upon hitting stores, it entered the US Billboard Top 200 at number five, selling over 55,000 copies within the first week. By the end of the second week, it had sold 77,000 copies, although it dropped to number eighteen on the US Billboard 200. Having said that, the album did peak at the top of the Top Rap and Top R&B and Hip Hop Album record charts. As far as profit goes, Plies is said to have taken home $150,000 from the release. Among the three singles that were released from the album was Becky– a title that later received gold accreditation from the RIAA.

In addition to the four full length albums that he’s released over the years, Plies has also dropped several mix tapes including You Need People Like Me, No Chaser, I F**k With the DJ, Aristotle, On Trial, Ain’t No Mixtape Big, and Da Last Real Nigga, among others. In 2010, the rapper also came out with his first and only extended play, 3 Headed Monster which was made available via digital download.

On top of all that, Plies has collaborated with several other artists on a number of occasions. For instance, he worked with DJ Khaled on his gold-certified singles, I’m So Hood, Out Here Grindin. Some of his other collaborative works include Nasty Girl by Ludacris, Wasted by Gucci Mane, Lose My Mind by Young Jeez, Welcome to My Hood by DJ Khaled, among others.

In 2008, his song Hypnotized was featured in the romance film, Step Up 2: The Streets.

As a popular music artist, the Florida-based rapper also brings in a fair amount of cash from his concert performances. Although it’s unknown how many zeros are attached to the paychecks that he earns from these events, it’s not unreasonable to assume that it’s in the thousands. Looking at his official website, Plies will be continuing with his Ran Off On Da Plug Twice Tour this year, with three shows in Georgia, California and South Carolina.

Although he hasn’t made too many appearances on television, Plies has appeared in a few programmings including BET News (2008), Access Granted (2008), and The Mo’Nique Show (2010). In 2007, he also appeared as himself in the documentary, The Good, the Bad and the Bling.

Outside of what he earns from his music releases and scattered television appearances, Plies presumably also takes home some amount of money from his Youtube channel. A member since 2007, his channel has accumulated over 216,000,000 lifetime views with more than 283,000 subscribers. Currently, his most popular upload- the official MV for Ran Off On Da Plug Twice has been viewed over 46,000,000 times.

At one point, Plies also launched his own clothing line for women called Bust It Baby (a reference to his 2007 single).

No, the American rapper is not married. Having said that, he is said to have been in a relationship with Lira Galore for a year from 2014 until 2015. It is unknown whether or not he is currently seeing anyone.

In the past, Plies was also confirmed to have been in a relationship with singer, Brandy Lacole Lyons. Despite the curiosity that it sparked among fans, nothing had come out from it in the end.

Does Plies Have Any Children?

Yes, Plies has a son named Nijier Lanier Washington (b. 2003) whom he had with his ex-girlfriend, Brandy Lacole Lyons.

Where Did Plies Get His Name From?

Many have wondered the answer to this question- why did the rapper give himself the stage name of “Plies?”. The artist himself later explained that he named himself “Plies”- a tool to put a squeeze on things because “[he’s] doing that to those in the rap game”. Aside from that, he also stated that it’s a word that can easily be used to describe what’s going in one’s life.

Did Plies Go to College?

Yes, Plies went to college. After graduating from Fort Myers Senior High School in Florida, he studied at Miami University where he was an active member of the college football team. From there, he eventually transferred to the University of Central Florida; however, he dropped out prior to obtaining his bachelor’s degree.

Where Does Plies Live? Pictures of Plies’ House 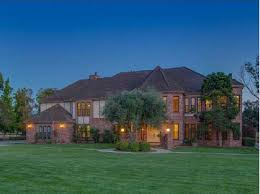 The American rapper currently lives in a luxurious mansion in Greenwich. Unfortunately, not much details is known about the pad, other than the fact that it has an estimated value of $11 million.

Rumor has it, Plies also has a villa for himself in his hometown in Florida.

What Kind of Car Does Plies Drive?

Plies has been spotted driving a 1968 Pontiac Grand Prix.

How Much Did Plies Earn Last Year?

It is unknown how much Plies earned in 2016.

An accomplished artist with many RIAA-certified albums and singles to his name, it’s not surprising to know that he has also received a handful of industry accolades throughout his career. Between 2007 and 2008, Plies received four BET Hip Hop Award nominations for Rookie of the Year, Hottest Hip Hop Ringtone of the Year, Best Hip Hop Collabo, and Alltel Wireless People’s Champ.

In 2011, his collaboration with Young Jeezy, Lose My Mind, was also nominated for a Grammy Award for Best Rap Performance by a Duo or Group.

These past few months, Plies has been finalizing the release of his upcoming studio album, Purple Heart which is slated to come out on September 28, 2017. Speaking of musical releases, he also dropped his latest mix tape, Ain’t No Mixtape Bih 3 earlier this year.

As mentioned earlier, the artist will also be giving a few concert shows on stage this coming summer. Be sure to grab your tickets while you still can!