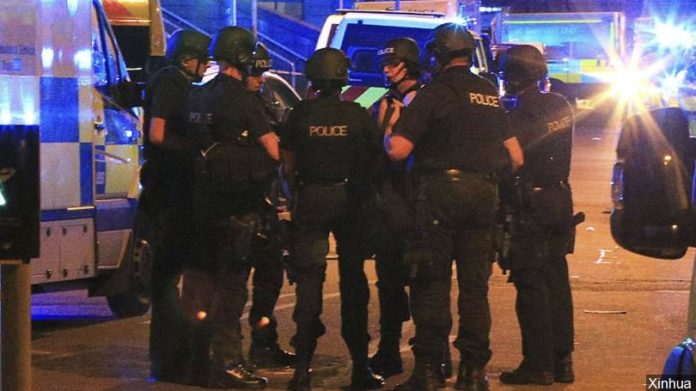 On early Saturday, police arrested two more suspects over the Manchester bombing that left 22 people dead and more than 50 injured. According to police, the two men arrested are 20 and 22 years old. They were arrested in the early hours of Saturday during a raid by police at their property.

The two arrests raise the total to 11 men who have been arrested since the bombing at the concert, which happened after it ended. Police are still investigating and have recently said that they have dismantled a large part of the group that was close to the bomber. His father and brother were arrested in Libya just a few days ago. The younger brother of the Manchester bomber reportedly knew that he was planning an attack more than a month ago. Libyan officials also say he spoke to his brother minutes before the attack.

Earlier today, the threat was lowered to ”severe” but authorities remain on high alert around the area. Police have been deployed at train stations, tourist destinations and other areas where events will take place. A number of sporting events will take place over the three-day weekend and hundreds of police will be on standby. Yesterday, WWE announced it had canceled its NXT event on June 6 out of respect for all those affected by the Manchester tragedy. The WWE NXT show was going to take place at Manchester Arena, the building where the bombing happened. WWE will give fans a full refund and will be offering free tickets to a show that will take place in Leeds.

Ariana Grande has canceled her seven remaining concerts of her world tour and her boyfriend, Mac Miller, has also decided to do the same. According to several news sites, the singer offered to cover the funeral costs of the victims. The singer announced just hours ago that she will return to Manchester to hold a fundraising concert and spend time with fans.