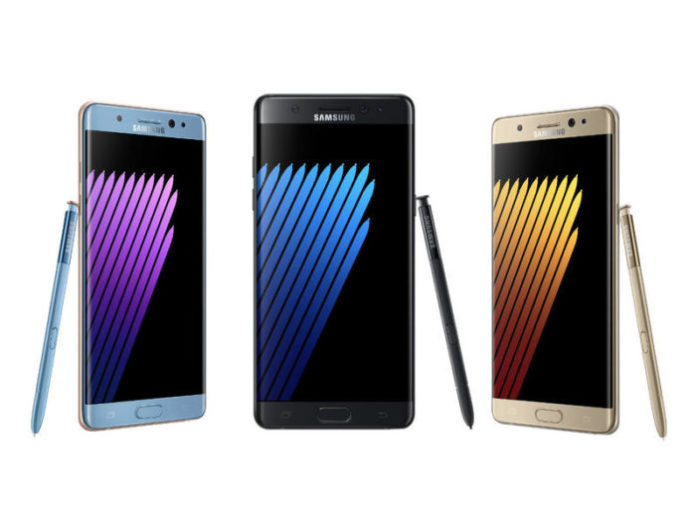 Faulty batteries led to the discontinuation of the Samsung Galaxy Note 7 but those who really liked the phone will soon have a chance to buy a refurbished version. The phone, which was discontinued more than six months ago, is now making a comeback with only a few changes.

The South Korean company has reportedly received FCC approval and it is rumored that the refurbished Galaxy Note 7 could be released as early as next month. A few weeks ago, it was rumored that the company would bring back the phone with a smaller battery.

Samsung will have a smaller battery on the refurbished version of the Galaxy Note 7. The price is rumored to be $620. An exact release date is not yet known but rumors say it could happen in June.

Samsung announced the Galaxy Note 7 back in August but the phone was recalled just a few weeks after. Customers were then given replacement that were supposed to be safe but those also ended up having similar issues. Reports of Galaxy Note 7s catching fire or exploding made news around the world. Shortly after giving out replacements, Samsung decided to suspend sales and discontinue the phone. Millions of customers returned their phones but the company also had to work on updates to disable the phone for those who decided to keep it.

The refurbished version is reportedly called Galaxy Note 7R and will have a 3,200mAh battery. 2017 might be the a big year for the Note series as not only is the company bringing back the Note 7 but it is also rumored that the Galaxy Note 8 is coming in the second half of the year. The company recently released the Galaxy S8 but it may not be too long before we see another flagship smartphone from Samsung.

Would you buy a refurbished Galaxy Note 7? Let us know in the comments.