If you're looking for a good light bulb with high light output but with low energy usage, definitely take a look at this Sansi 17 watt LED light bulb. 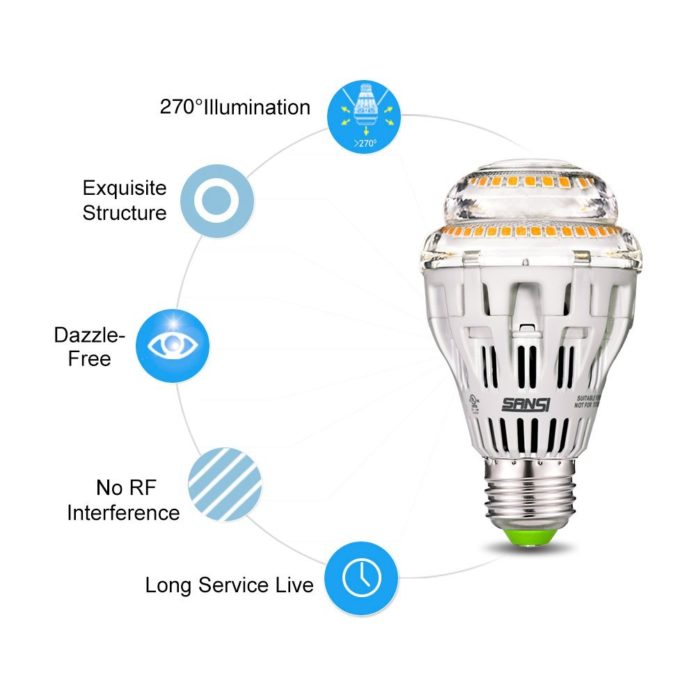 The world is moving towards energy efficient light bulbs, and as the prices have come down, more and more consumers are moving toward these energy efficient alternatives to the old incandescent bulbs of years past. However, a lot of consumers run into an issue when they’re looking for ultra high brightness LED bulbs; they’re either prohibitively expensive or the light output is bad.

Fortunately, after being given a review unit of the Sansi 17 watt LED bulb, I can confidently say we have a bulb that can fill that gap in the world of LED bulbs.

One of the biggest issues with high output LED bulbs is the flicker. It’s simply hard to build a power supply into such a small enclosure while also maintaining a reasonable temperature without introducing flicker. This stems from the fact that the wires in our houses run on alternating current – that is, the electricity goes back and forth. However, LEDs require direct current to operate. That conversion requires a lot of engineering expertise to pull off well at such high power outputs.

The Sansi bulb, however, is phenomenal. I was able to use it for recording without any issues with flicker, which is often a problem with LED bulbs. In the past I’ve been forced to use less efficient alternatives because of the issues with flicker. If you’re sensitive to that, this might be a good bulb for you to look in to.

Normally I wouldn’t touch on this issue with a light bulb, but Sansi’s attention to detail really stood out to me. 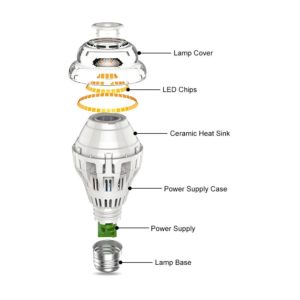 One of the biggest components of this bulb is the Power Supply Case, which is actually a gigantic heatsink. It is able to draw heat away from the components in order to preserve its lifespan. It’s clear that Sansi has put a lot of thought into this, since the bulb has a good heft to it and feels absolutely solid. I even tried to take it apart to look into, but I wasn’t able to get it open. I think that’s a good feature on a light bulb (but maybe not great on computers… Apple).

There have been a lot of LED bulbs I’ve tried that have failed after a few months, often due to heat issues. It’s definitely a factor to consider when purchasing these bulbs, and I believe that with the design of this, it should be able to get its heat out fast enough to last a long time.

This is perhaps the most important topic for someone buying a light bulb, and I’m happy to say that Sansi absolutely satisfies my expectations when it comes to this. The bulb is very bright, equivalent to about a 150 watt conventional light bulb. I was able to bounce it off of a white surface and use it alone as a studio light for recording.

One of these should have no trouble lighting up a room, and while the light temperature is not quite as yellow as an old light bulb, I’d actually say that I prefer this. It seems to be a little more on the white side but not so much that it feels like I’m in a factory or and office.

I would highly recommend this light bulb to anyone needing a bright LED light.

Sansi has offered us a 25% off code for Gazette Review readers at their Amazon page here while using the code ALLED425.

Daniel Heppner
My big interests are photography, IT, and electronics. I like to get out the soldering iron and build things for my house that light up. I've traveled around the world taking pictures and consider the viewfinder an extension of my eyeball. I build computers for myself and friends for fun, and have experience with software programming. I have experience programming underwater robots for robotics competitions, as well as wiring up the circuitry for them.
RELATED ARTICLES
Home & Garden