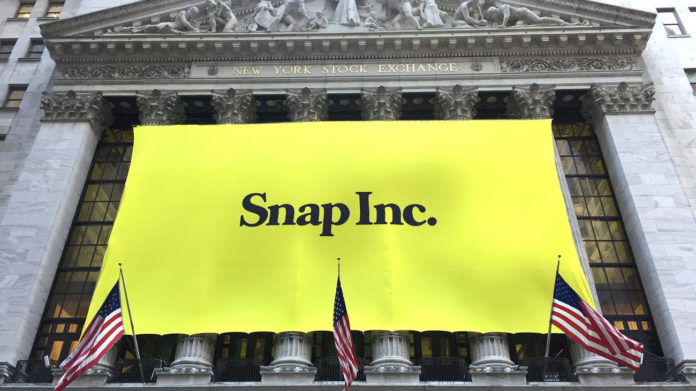 Snap Inc., the company behind the once-thriving messaging and multimedia mobile application Snapchat, has just released its first quarterly results since it its IPO back in March, indicating a quarterly income of US$150 million – a significantly lower number than the expected US$158 million. This has resulted in investors dumping its shares, sending their value down by as much as 25% in after-hours trading.

This is attributed to Snapchat’s lowest user growth in years, with Snap reporting 166 million daily users against an expected 167.3 million. The application added 8 million new daily users in the first three months of the year, indicating an annual growth of 36%. This time last year, Snapchat reported a DAU of 52%.

The application’s weak user growth comes as Facebook copied its ‘stories’ function across its collection of apps, including Messenger and WhatsApp. Instagram, a photo-sharing app acquired by Facebook in April 2012, has a ‘stories’ feature of its own and has recently outpaced Snapchat by reaching 200 million daily users. Collectively, they hold around 3.2 billion users.

As a result, many investors have expressed concern that Facebook represents an existential threat to Snapchat, which Evan Spiegel brushed away saying, “Just because Yahoo has a search box doesn’t mean they’re Google.”

Snap said that its US$2 billion loss was due to stock-based compensation related to its February initial public offering.

Snap has placed its focus on product innovation and building out its emerging mobile ad business that targets the app’s teen and millennial user base. To justify its approximately US$27-billion market cap, Snap has been working to bolster its third-party measurement partnerships and expanding its app offerings. The company also emphasized its goals on monetizing users in developed markets.

“In the long term, we believe Snapchat is for everyone,” Spiegel said. “We’re just focused on North America and Europe first.”

Snap is currently experimenting with hardware, most notably a pair of video-capturing sunglasses called “Spectacles”. In April, the company also announced a set of new augmented reality feature.