Tinsley Mortimer Net Worth 2018 – How Wealthy is She Now? 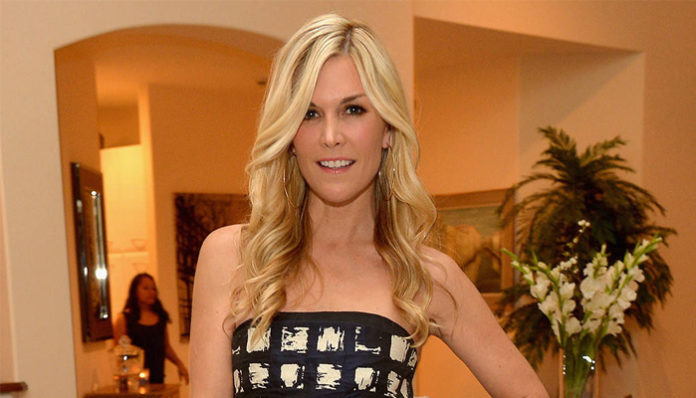 American socialite and television personality Tinsley Mortimer has recently joined the cast of the popular Bravo’s reality series, The Real Housewives of New York City. Hailing from South Carolina, she spent her childhood years in the city of Graymont, where she lived at the family house. The daughter of a wealthy investor, she ultimately enjoyed a comfortable life growing up.

After graduating from Columbia University, she worked briefly at Vogue prior to taking up a career in public relations. Since then, the blonde- who has always been an entrepreneur at heart, has taken on a series of business endeavors, having released her own line of handbags, and clothing.

As her businesses took off, so did her fortune- nowadays, it is estimated that Tinsley Mortimer has a net worth that is well in the tens of millions. Now that she will be staring in the popular Bravo series, her wealth is guaranteed to continue to rise.

To see where exactly her fortune came from, let us take a closer look at what she’s managed to accomplish over the years.

How did Tinsley Morimer Make His Money and Wealth? 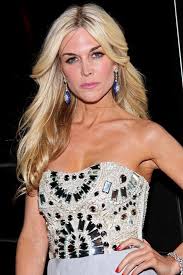 Born on August 11, 1975 in South Carolina, Trinsley Morimer (Birth Name: Tinsley Randolph Mercer) is the daughter of a wealthy real estate investor. Growing up in an upper-class household, her youth was nothing short of idyllic. Spending her childhood years at the Mercer family house in Richmond, Virginia, she eventually went to a New Jersey boarding school, prior to attending Columbia University.

After obtaining her bachelor’s degree in art history, she started to work at Vogue, before finally transitioning to a career in public relationships. Despite this, most of Morimer’s recent accomplishments have involved her work as an entrepreneur. Having always been business-minded, the blonde soon launched her own line of clothing and handbags for Samantha Thavasa, a Japan-based luxury fashion house., for which she was also featured in several advertisements.

Although most of said items are available exclusively in Japan, some of Morimer’s handbags have since also been made available via Samantha Thavasa’s online store and via the brand’s boutique in Madison Avenue. One of the most highly sought out brands in the Asian country, her efforts have been nothing but successful- we can only imagine how much she’s been able to reap in from the incredible amount of sales.

Not long after the establishment of her handbag collection, Mortimer created her own line of clothing which she called Riccime by Tinsley Mortimer. Similar to her previous endeavor, most items from this line were made available via select stores in Japan. Since its launch, her clothing line has done thousands and thousands (if not millions) of dollars worth of sales.

From there, the blonde became the beauty ambassador for the high end French brand, Christian Dior. Collaborating with the company, she eventually helped to create a lip gloss known as Tinsley Pink

As her popularity continued to rise, Mortimer soon found herself being featured in a number of publications including Marie Claire, Harper’s Bazaar, WWD, and Vogue among others- these appearances only further boosted her fame and status. In May of 2012, she was also featured on the cover of Vestal Magazine- a shot taken by Kevin Sinclair, a fashion photographer.

Later branching into the world of television, she made her small screen debut in the season premiere of the popular teen drama, Gossip Girl in 2008, where she appeared in two episodes. While it’s unknown how much Mortimer was paid for these couple of appearances, it’s likely that it was well in the thousands.

Continuing to appear on TV, she was later featured in an episode of America’s Next Top Model prior to starring in her own reality series called, High Society. Debuted on March 10, 2010, The CW show drew in 1.26 million viewers during its premiere- a relatively impressive amount. Spanning eight episodes, it followed the life of the socialite in Manhattan, New York with her friends. High Society eventually came to an end on April 28, 2010.

Although the series was ultimately cancelled, Mortimer soon found herself acting as one of the judges in the hit reality series, The Fashion Show. First introduced in the second episode of the first season, she remained for a total of sixteen episodes.

Some of her other appearances on TV include those in Celebrities at Home, Fashion News Live, and Access Hollywood Live. This year, Mortimer received a huge breakthrough after being cast as one of the housewives in Bravo’s popular The Real Housewives of New York City. Introduced in the ninth season, which premiered this past April, she is joined by Dorinda Medley, Carole Radziwill, Sonja Morgan, Bethenny Frankel, among a few others.

Easily the highest-profile TV series which she has starred in, it’s expected that her fame and notoriety will increase with the broadcast of the show. As far as The Real Housewives of New York City goes, it’s known that Bravo pays the ladies a handsome paycheck for starring in the series. If you’ve ever tuned into the show, you’d be familiar with the housewives’ lavish lifestyles- all financially supported by the earnings which they receive from being on the program.

Although the salaries for the housewives differ depending on their popularity and status, at the very least, even newbies are offered a few tens of thousands per season. For the most seasoned gals, it’s not uncommon for them to take home upwards of $500,000. Curious about Mortimer’s salary on The Real Housewives of New York City? So are we. Unfortunately for our curiosity, this amount has never been disclosed. Having said that, if the blonde was to stay on the show past the ninth season (assuming it continues), it’s highly likely that she’ll be able to negotiate an even high pay.

Aside from her endeavors on television, Mortimer has also authored a few books. In 2012, she published her first novel called, Southern Charm: A Novel– a title that follows a Southern belle who moves from South Carolina to New York after falling victim to a series of rumors.

Since then, the blonde has also contributed to the best-selling self-help book, The Park Avenue Diet by American physician, Stuart Fischer. In it, she offered readers advice on how to improve one’s social and conversation skills.

Will her $35 million fortune continue to grow? Without a question- yes! Especially considering her prominent feature as a cast member in The Real Housewives of New York City. As her presence on television increases, it wouldn’t be shocking if she were to put herself out there in Hollywood, taking on a few acting roles. For now however, she will be growing her wealth through her multiple business ventures and the popular Bravo reality TV series.

No, the reality star and socialite is currently single. In the past however, she was married to Robert Mortimer for seven years from 2002 until 2009. After meeting each other in high school, the couple eloped when they were eighteen years old; allegedly however, their parents forced them to annual the marriage shortly afterward. From there, they eventually remarried in 2002.

This April, Mortimer made the headlines after opening up about the abusive relationship that she had with her billionaire ex-boyfriend, Alexander Fanjul. According to her, what they had was tumultuous and that she “had never expected it to happen”.

Does Tinsley Mortimer Have Any Children?

No, Tinsley Mortimer does not have any children. Having said that, she has made a comment after being inquired, that her greatest ambition was to get married, settle down and have children.

When will the blonde find her Mr. Right? Only time can tell.

Did Tinsley Mortimer Go to College?

Yes, the television personality went to college. After graduating from Lawrenceville School, a college preparatory boarding school in New Jersey, she attended the University of North Carolina at Chapel Hill. From there, Mortimer eventually transferred to Columbia University, where she later graduated with a bachelor’s of arts degree in art history. 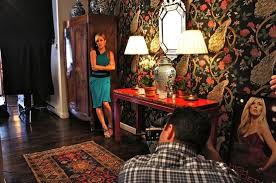 Prior to splitting with her ex-husband, Mortimer lived in a picture-perfect apartment located in the Upper East Side of New York. Featuring a Southern-style interior, it was fitted with Scalamandre-fabric floral chairs in the living room, which the blonde often found herself lounging on. Not only that, but the condo also boasted a beautiful china-and crystal themed dining room.

Since then, Mortimer has moved to live in a different apartment, still in the New York City area. Featuring a colorful interior, the theme of her home incorporates numerous traditional elements. Her current home was shown in an episode of HGTV’s Celebrities at Home.

What Kind of Car Does Tinsley Mortimer Drive?

As of 2016, Tinsley Mortimer was driving a white Range Rover vehicle.

Tinsley Mortimer’s Recent Brush In With the Law

Last April, the blonde was arrested after she was found trespassing the home of her former boyfriend, Alexander Fanjul. According to reports, she was heard screaming on the property, which prompted individuals to alert authorities. Allegedly, the same thing had happened once before.

Since then, Mortimer has opened up, admitting that she was in a “very dark” place at the time. Having received a wake-up call regarding her relationship with Fanjul, the two later broke up. Fortunately, her charges for trespassing were also eventually dropped.

Over the past decade, Mortimer has proved herself to be a successful entrepreneur- having launched a series of prosperous brands including the line of handbags for Samantha Thavasa in Japan and her clothing collection, Riccime by Tinsley Mortimer.

At one point, her business ventures even ventured towards condominium development in 2008.

Since then, her success has grown exponentially as she’s broken into the realm of television. After starring in her own reality series on The CW, she was most recently given the opportunity to star in The Real Housewives of New York City– something that many can only dream of.

Tinsley Mortimer is currently starring on the ninth season of the Bravo reality series, which premiered on TV on April 5, 2017.