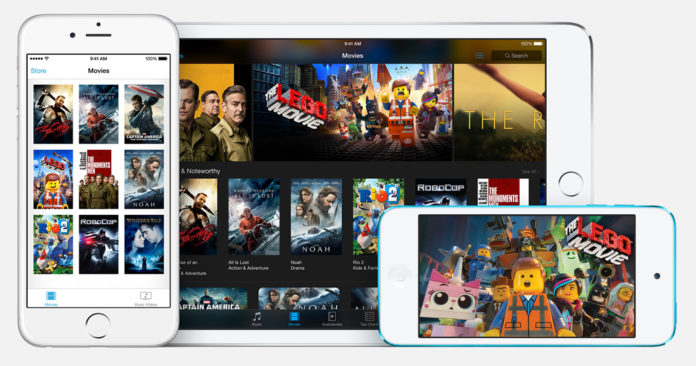 If you’re someone who purchases a lot of media online, then you’re probably familiar with the concept of DRM. DRM stands for “digital rights management”, and it’s basically used to ensure that digital goods aren’t able to be distributed in an unauthorized way. Even if you don’t know what DRM means, I’m sure that you’ve been affected by it in some way. If you’ve ever used the PC gaming platform Steam, then you’ve encountered DRM. When you buy a game on Steam, you have to use Steam in order to play it. The game itself is tied directly to the platform. A similar premise applies to media that you may purchase through iTunes. Whether you’ve bought music, a movie, or an audiobook, that media is directly tied to iTunes. This is perfectly fine for the most part, but there are situations where DRM can be a little bit of a prison. It can be inconvenient.

If you’ve ever wanted to somehow remove the restrictions of DRM from your iTunes media, then TunesKit is a great place to start. In very simple terms, it’s a software that is able to take your restricted media and remove those restrictions. This is done either by removing the restrictions directly, or by converting the files to a more compatible format. TunesKit offers a ton of different functionality, and it could prove very useful to someone who frequently uses iTunes. In this article, I’m going to be reviewing this tool. I’ll talk about its individual features, along with how well it actually works. On top of that, I’m going to make sure to discuss whether or not this DRM removal tool is actually worth the price of admission. Without further ado, let’s see if we can’t learn a little bit more about this software. 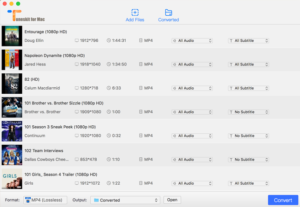 Although TunesKit offers a pretty wide array of services, in this article I’m going to be primarily focusing on their Media Converter tool. This tool is meant for use in DRM removal related to movies and television shows, specifically. If you’re looking to perform similar operations with an audiobook, Apple music, an Audible audiobook, or an iBook, then you’ll have to purchase a separate software. Each of those products are a little less expensive, costing $49.95 each. But I digress. The media converter tool is a pricier than the other tools in this product family, but I think that that’s perfectly fair. Removing DRM from a video is a pretty elaborate process, since it involves audio, video, and things like subtitles. TuneKit’s DRM Media Converter is capable of entirely stripping DRM control from any movie or television purchases that you have ever made through iTunes. In theory, this allows you to keep a rental you acquired through iTunes entirely for free, forever.

You may not know this, but the .m4v file format was actually directly created by Apple. The format is useful for a few reasons, but it’s primarily used as a form of DRM protection. If you have an .m4v file on hand, then TunesKit is capable of converting that file into a more compatible format. These formats are generally more universal, like .mp4, .avi, .mov, .mpg, .flv, and so on. This conversion process is pretty seamless, and this tool is able to make the conversion without sacrificing audio quality. (This is a common concern whenever you’re converting any media file from one format to another.) It retains the original subtitles, it retains any other language audio tracks, and it retains your original 5.1 audio. Basically, this is a very high quality conversion that is taking place. Not much quality is sacrificed to make it happen.

With all of that said, it’s also worth noting that the software itself is actually remarkably easy to use. It’s designed in a user-friendly way, so even if you don’t really understand any of this technobabble, you can still use this software in an efficient and effective way. Also, TunesKit has created a very fast tool, as well. I’m sure you can imagine that cracking Apple’s DRM isn’t a very straight-forward process. The DRM Media Converter offered by TunesKit is thirty times faster than most other iTunes DRM Media Converters that you can find online. So to summarize, this tool is fast, effective, and easy to use. I don’t think that there’s much more that you could ask for in a software.

How do you use TunesKit DRM Media Converter Tool?

I mentioned before that this software is easy to use, and I figure that now is a good time to put my money where my mouth is. Once you’ve successfully installed and run the software, you will be prompted to enter your email and your registration code. (If you’re trying to use a free trial, then instead of entering this information, you will just click the ‘Try it’ button instead.) Once everything is activated and ready to go, the main interface opens. From this interface, you’re able to add files and also view files that have already been converted. Once your files are loaded up, you can just click the ‘Convert’ button in the bottom right corner to open up the complete converting interface. From here, you’re able to access the settings menu by clicking the Format and Output buttons near the bottom of the window, 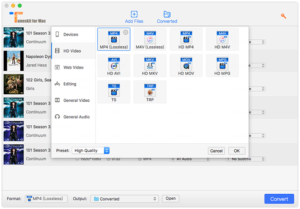 From these different menus, you can adjust the file format that your file is converted too, while also being able to select exactly where the converted file is sent. If you decide not to specify an output path, then your converted files will just be saved in the default Converted folder. It’s worth noting that these options are helpful, but if you aren’t tech-savvy, you shouldn’t have to worry about learning what all of this stuff means. The default options that are already selected should be perfectly suitable for whatever you want to do. Once everything is all set, you just click the ‘Convert’ button and allow the process to run its course. When it’s all said and done, you should be able to retrieve your converted file in the output folder that you specified. It’s really that simple!

Is TunesKit DRM Media Converter Tool worth it?

So, even if you really like the idea of what this software actually does, I can understand if you’re hesitant to spend this kind of money on something that has such a narrow use. It’s not exactly a Swiss army pocket knife. It’s something that pretty much just does one thing. However, it does that one thing very, very well. If you’re someone who already has a huge iTunes library, then I think that this purchase is sort of a no brainer. You have already poured a lot of money into your collection of digital media, and this software will just allow you to use that collection to its greatest extent. You will be able to take full advantage of everything that you already own. TunesKit is so easy to use and it works in such an efficient way that you shouldn’t even worry about the length of the conversion process. From the ground up, this thing was basically designed for people who have a lot of television shows or movies connected to their iTunes. 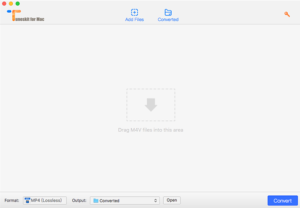 Even if you don’t use iTunes very often, then I still think that there’s something there for you. As I mentioned before, in theory this tool allows you to take an iTunes rental and keep it forever. That sort of workaround obviously has a lot of value. You would probably be able to save quite a lot of money by doing this as opposed to just purchasing the media outright, and having that media be tied directly to iTunes. Basically, I think that the TunesKit DRM Media Converter Tool is something that is useful, innovative, and well worth what you are spending on it. If you’re looking for a DRM removal tool, then look no further. Even if you aren’t looking for a DRM removal tool, though, you may want to investigate this one a little more closely. I think it would add a lot of value to your digital media collection.