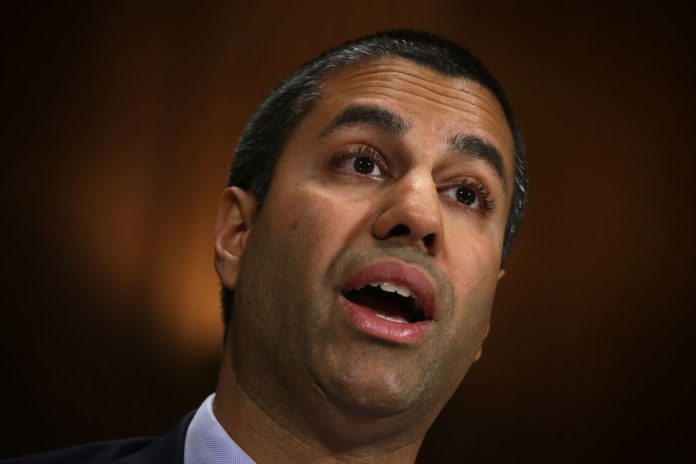 President Trump’s newly FCC chairman moved to reverse the Obama-era rules enacted to protect an open internet on Thursday in what is considered to be the most serious move to date in a hard fight over the internet.

The Federal Communications Commission (FCC), headed by chairman Ajit Pai, voted two-to-one to begin the formal process of dismantling net neutrality rules that were put in place in 2015.

Under net neutrality, internet service providers were banned from creating fast lanes (or slow lanes in some cases) that could favor one service over another. Critics of net neutrality say the rules could kill new or existing streaming services and that free speech would be at the mercy of broadband providers.

“Today’s notice is the start of a new chapter in the public discussion about how we can best maintain a free and open internet while making sure that ISPs have strong incentives to bring next-generation networks and services to all Americans,” said Mr. Pai.

However, the Writers Guild of America described the move as a “war on the open internet”.

The ruling came following a massive campaign by online activists who successfully challenged the lobbying might of the US’s largest cable companies. But a similar battle will now emerge as the month’s long process of reviewing the rules begins. Following the review, a final FCC vote will decide the future of the internet regulation.

Gigi Sohn, who is Counselor to former FCC chairman Tom Wheeler and a distinguished fellow at the Georgetown Law Institute for Technology Law & Policy, said: “Today the Trump FCC begins its dismantling of the internet rules that protect American consumers on behalf of the few huge companies that control their access to the internet. Net Neutrality rules ensure that consumers can control what they say and do online, but chairman Pai prefers to give that control instead to Comcast, AT&T, Charter and Verizon. That is an outcome that no American wants regardless of party or ideology.”

Similarly, comedian Jon Oliver urged his viewers to post comments to the FCC voicing their opposition to the reversal of net neutrality. After highlighting Pai’s intentions earlier this month, the FCC’s website crashing, losing an unknown number of public comments on the potential repeal.

The regulator, however, claimed it was attacked by hackers but has yet to provide any evidence supporting the claim. There are also reports that the FCC website is flooded by fake, often identical, comments in support of repeal.

This has prompted Fight for the Future, an internet activist group, to call for an investigation into the situation.

In a statement, Fight for the Future campaign director Evan Greer said: “State attorneys general should immediate investigate whether people in their state were affected by this, and the FCC should immediately release any and all information that it has about who is submitting these fake comments.”

The move was welcomed by major broadband provider who have celebrated the new FCC chairman’s pledge to replace net neutrality rules with “light touch” regulations.