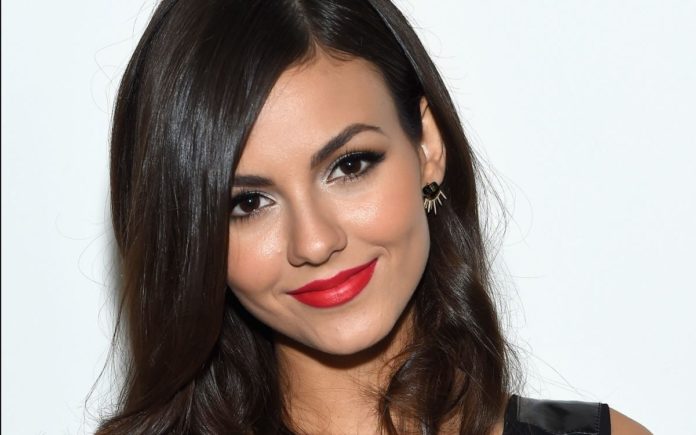 This young American actress is best known for her work on various kid-friendly Nickelodeon series such as Zoey 101, The Naked Brothers Band, iCarly, The Troop, and Penguins of Madagascar. The 24-year-old Victoria Justice has also written and performed many songs for Nickelodeon such as Take a Hint and Begging on your Knees, both of which were featured on the TV show Victorious.

How Victoria Justice Got Famous

Victoria Justice was born on February 19, 1993, in Hollywood Florida. She grew up knowing that she wanted to be an actress. She had many modeling gigs and television commercials under her belt before the age of 10. At that age, she moved to the more popular Hollywood California. Victoria had her first real television role in season four of the Gilmore girls as a kid that accused Melissa McCarthy’s character of making food that “tastes like diapers.”

In 2005, Victoria Justice was picked to play the part of Lula Martinez on season two of Zoey 101. This was her first show on Nickelodeon. The show starred Britney Spears’ sister Jamie Lynn. That same year Victoria had two roles in movies – one was Silver Bells which was a Hallmark made-for-TV movie, and the other was When Do We Eat which was an R-rated indie film. During the time that she was on Zoey 101, Victoria Justice came out with a promotional single which covered 1,000 miles by Vanessa Carlton. Zoey 101 ended its run in 2008. The next year, Victoria Justice was cast as the star of Spectacular! -a musical movie put out by Nickelodeon. It was an incredibly popular production, and Victoria sang three songs in it.

Spectacular! even has an overwhelmingly positive review on Rotten Tomatoes, and was watched by over 3.5 million people on its first airing.
In 2010, Victoria Justice was given her own show on Nickelodeon called Victorious which also stars pop star, Ariana Grande. Victorious was also a musical, and it premiered right after the kids choice awards. Victoria recorded many of the songs for the show. The show continued for 60 episodes but was not renewed after that. An ending was never really filmed.

In 2012, she was in a Johnny Knoxville movie called fun size. Around this time Victoria Justice talked about making an album which was never released. Victoria did put out quite a few singles though. In 2016, Victoria Justice starred in the tribute/remake of the Rocky Horror Picture Show as Janet Weiss.

Victoria Justice is not just a beautiful face; she also participates in many charity events. Her favorite causes are the environment, children, human rights, and AIDS. She joined forces with Girl Up, which according to her “helps make a difference for girls who aren’t given the same opportunities that most of us take for granted.” Victoria attended the Unite for Girls tour, which goes to underdeveloped nations to make an impact.

In 2008, Jess Hutcherson and Victoria Justice dated for about a year. Victoria is also rumored to have dated Taylor Lautner of Twilight fame, Nicholas Holte, her costar Avon Jogia, Max Snyder and pop star Nick Jonas. She also dated Ryan Rottman for two years spanning 2011 to 2013. Currently, Victoria Justice is stating her costar from Naomi and Eli’s no kiss, Pierson Fode. 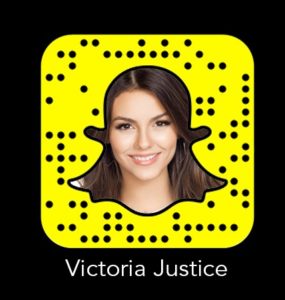 While Victoria Justice does not have a public Facebook profile, her official public page is full of pictures of her, her dog, and videos of music that she is currently listening to. She recently posted a photo of herself with Sylvester Stallone. You can join her 15 million followers by clicking here.

Victoria Justices Instagram page is filled with candid and promotional photos of the actress. You can see all of her content and join her 12.5 million followers by clicking here.

Victoria Justice has almost 10 million followers on Twitter. You can join them by clicking here. Most of her tweets are reposted from Instagram, although she does reply to friends and fans. Victoria also occasionally post memes.

What is Victoria Justice’s Kik Username or Code?

Victoria Justice is on YouTube under the username VictoriaJustice4all. You can join her 500,000 subscribers by clicking here. The page features playlists of official music videos as well as songs from Victorious.