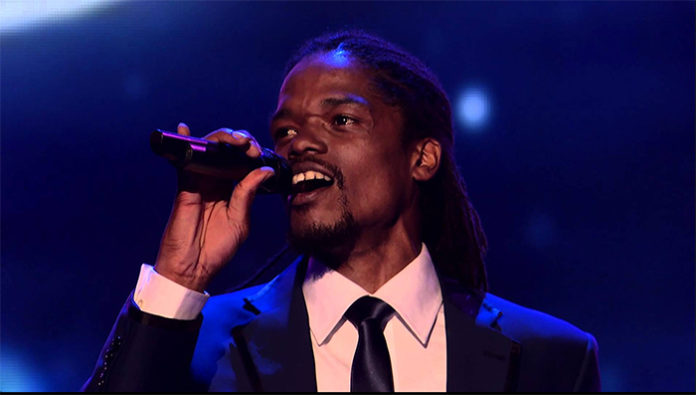 American jazz singer Landau Eugene Murphy Jr. rose to fame after winning the sixth season of America’s Got Talent in 2011. Originally from West Virginia, he spent his youth in Detroit, Michigan following his parents’ divorce at the age of eight. Although music had always played a large part in his life, he never pursued it seriously as a teen. Supporting himself as a young adult, he worked as a local restaurant and at a car wash; however circumstances proved to be difficult- he eventually found himself living out of his vehicle, unable to afford rent. Wanting a change, Murphy decided to audition for the NBC talent competition series, America’s Got Talent in 2010. Accompanied by his wife Jennifer, he travelled to New York City, where he waited to perform in front of a panel of judges for more than 12 hours. For his audition, the Virginia-native chose to sing Frank Sinatra’s I’ve Got You Under My Skin. Met with applause, it ultimately earned him a coveted spot in the competition.

From there, Murphy found himself competing against a number of different acts on the show. Over the next several weeks, he took to the stage multiple times; some of the songs that he performed include Fly Me to the Moon, I Get a Kick Out of You, My Way, Ain’t That a Kick in the Head?, and I’ve Got the World on a String. Before long, the jazz singer found himself among a handful of finalists in the last stage of the competition. After one final performance, he was announced as the winner of season two, with the dance groups Silhouettes as the runner-up and Team iLuminate in third place. An audience favourite throughout the show, Murphy quickly rose to prominence following his big win in September 2011; all of his perseverance and hard work had paid off.

Shortly afterwards, Murphy was signed to Columbia and Sony Records, as part of his winner’s package. Just a couple of months after his win, the jazz vocalist released his studio album entitled, That’s Life in November of 2011. A considerable success, it reached a number of US record charts including the Billboard Top 200, and Top Jazz Songs charts. Since then, he has come out with one additional album, as well as a single in 2016. Since his win, Murphy has also been invited onto a number of television talk shows such as Anderson, The Talk, and The Wendy Williams Show. In 2012, he also took part in the 43rd Annual NAACP Image Awards ceremony. Compared to when he was still living out of his car, he has undoubtedly come a long way- within the past few years, he has successfully created a name for himself as a recording artist.

What has the former America’s Got Talent champion been up to lately? Can we expect to see any new songs or albums from him in the near future? If not, what has he been busy with as of late? What happened to Landau Eugene Murphy Jr.? Where is he now in 2018? 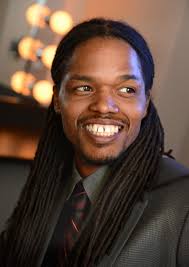 Born on August 11, 1974 in West Virginia, Landau Eugene Murphy spent the first few years of his childhood in Logan County, before moving to Detroit, Michigan at the age of eight following his parents divorce. Having been exposed to music as a young boy, he developed an appreciation for artists such as Dean Martin and Sinatra while still in elementary school; in fact, it wasn’t uncommon for him to sing some of their tunes on the playground with his friends. Even as a teen, music continued to play a large part in his life- as he had stated in an interview, it had “become a part of [his] everyday thing”. Despite his passion for singing, he did not dream about becoming a music artist as a young boy; instead, he had pondered the idea of one day becoming a professional basketball player.

When he was seventeen years old, Murphy dropped out of high school in order to take care of his four siblings. Eventually moving back to his hometown in West Virginia, he started to work at a local restaurant, where he reconnected with a childhood friend who would later become his wife in 2005. Despite his best efforts however, his financial situation soon dipped; by the time he was nineteen, he was living out of his vehicle, having been unable to afford rent. As he did however, Murphy continued to work at a local car wash. In 2010, the Virginia-native decided to try his luck at the popular talent competition series, America’s Got Talent. Packing his last pair of pants and jacket, he travelled to New York City, alongside his wife, to attend the auditions- where he had to stand outside of a convention centre for over 12 hours. 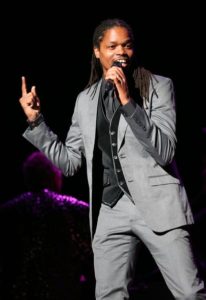 For season six, the televised auditions for America’s Got Talent were held in six different cities- Los Angeles, Seattle, Atlanta, Minneapolis, Houston, and New York City. For his audition, Murphy chose to perform Frank Sinatra’s 1956 hit, I’ve Got You Under My Skin. Met with applause, his performance soon earned him a spot in the competition. Among the other acts that made it to the next stage were Geechy Guy, POPLYFE, Anna Graceman, Image Brothers Riding Shows, Melissa villasenor, Team iLuminate, and Squonk Opera, among others.

Moving onto the Las Vegas Week, which first aired on July 5, 2011, the contestants were split into three different groups. The first group, aka “The Judge’s Favourites” performed on the first day, while the second group- those deemed less likely to advance, performed on day two; in contrast, those in group three were sent straight to the Top 48. Having won the judges over with his earlier performance, Murphy was amongst the first group who hit the stage on day one.

By the end of the Las Vegas round, dozens of acts had been eliminated from the competition. From there, the show proceeded to the Quarterfinals, which saw the Top 48 acts from the previous stage. The seventh to perform during week three, Murphy took to the stage with Felicia Sanders’ 1954 classic, Fly Me to the Moon. Having finished without a single buzz from the judges, he safely made it to the next round; some of the other contestants that advanced included dancer Snap Boogie, singer Anna Graceman, acrobats the Sandou Trio Russian Bar, pole dancer Steven Retchless, among a few others.

From there, only half of the original 48 acts were left. The Semifinals later began on August 23, 2011; instead of four, five acts would advance to the next stage. Selected to the eleventh to perform during round two, Murphy sang I’ve Got the World on a String by Cab Calloway, which once again, successfully advanced him to the next stage of the competition. Among those that were eliminated were Zuma Zuma, Kevin Colis, Beth Ann Robinson, The Kinetic King, Fatally Unique, and the Summerwind Skippers.

Continuing into the Top 10, the competition featured a special performance from Michael Grimm, the winner of the fifth season. For this round, the Jazz singer sang a rendition of Dean Martin’s Ain’t That a Kick in the Head, which earned him praise from both the judges and the audience. By the end of the two episodes, he had finished first that round, with the dance group Silhouettes and Team iLuminate behind him in second, and third place. On the other hand, six acts were sent home, including the Miami All-Stars, Landon Swank, Lys Agnes, the Stage Brothers Riding Shows, and the West Springfield Dance Team.

Finally, the last stage of the competition aired on September 13, 2011. During the two-hour finale, the show invited a number of guest performers including Queen Latifah, Jackie Evancho, OneRepublic, and Def Leppard. For his final performance, Murphy sang My Way by Frank Sinatra. By the end of it all, the Virginia singer was crowned the winner of season six, with the Silhouettes and Team iLuminate behind him in second and third place, respectively. 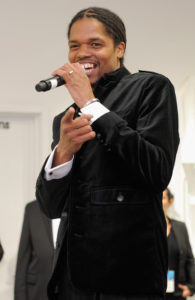 As the winner of America’s Got Talent, Murphy was offered a recording contract with Sony and Columbia Records. On November 21, 2011, just a couple of months after his time on the show, he released his studio album entitled, That’s Life. Supported by his recent win, it entered the Billboard Top 200 at number 34, and sold approximately 28,000 copies within the first week. Additionally, the album also reached the top of the Billboard Jazz Chart, which is a feat in itself. To date, That’s Life has sold over 156,000 copies.

Two years later, the Jazz vocalist dropped his second album, Christmas Made For Two on November 5, 2013. Unlike his first endeavour, the holiday-themed project did not go through any major label as it was a self-release.

As far as recent musical releases go, Murphy came out with his first single entitled, Come Home to West Virginia on June 20, 2016. Although it didn’t end up charting in the United States, it helped to solidify his place in the industry nonetheless.

As part of his prize, he was also given the opportunity to headline a concert at Las Vegas’ Colosseum Theatre. In addition to that, he also performed at the DTE Energy Center and the Apollo Theatre in Detroit, as well as various state fairs in California. Incredibly popular, many of the shows ended up selling out weeks prior to their scheduled date.

On television, the America’s Got Talent winner also made a number of media appearances in the TV shows Fox and Friends, The Talk, The View, Anderson Cooper, The Today Show, Scott and Todd, Good Day LA, among others.

In 2013, the singer also co-authored a memoir called Landau Eugene Murphy Jr.: From Washing Cars to Hollywood Star, which was published by Headline Books.

For those who’d like to see the America’s Got Talent winner up on stage, he has a a number of shows scheduled for this year (in fact, it continues well into 2018). According to his official website, the jazz singer will be hitting countless cities including Seattle, Minneapolis, Boston, and Las Vegas, among numerous others. For the entire list, please visit his website.

As far as past events go, recently this May Murphy also took part in the Chapman technical Group Lifeway Center’s 12 annual Night, where he sang a few of his popular songs alongside award-winning pianist, Bob Thompson.

Not only that, but the West Virginia-native also performed at the Governor’s Inauguration festivities at the Greenbrier Resort in White Sulpher Springs this past January. The intimate performance was held at the Greenbrier Casino; it was Murphy’s second inaugural performance as he had sang for Governor Earl Ray Tomblin and his guests four years ago.

If you’d like to stay connected with the star, you can do so by following him on social media- you can find Landau Eugene Murphy Jr. on Twitter at @landaueugenejr or on Facebook at @landaueugenemurphyjr.