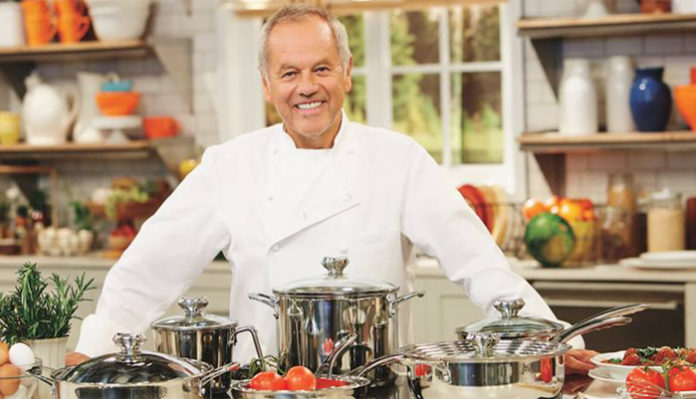 Wolfgang Puck is one of the most famous celebrity chefs in all of America. Originally from Austria, he developed an interest for the culinary arts as a teenager while he was still living in Europe. Chasing his dream of becoming a chef, he apprenticed at a number of high-end restaurants in France, prior to immigrating to the US in the early twenties. After accumulating many years of experience, Puck opened his first restaurant in Hollywood in 1982- a location that quickly became a hot spot for locals.

Since then, his exceptional culinary knowledge and business smarts have led him to open dozens of successful restaurants in the country. Not only that, but he has also released a series of cookbooks, as well as his own line of products.

As one of the most well known chefs in the country, it’s not shocking to know that he has a net worth in the tens of millions. Wondering how he earned that money? Let’s take a look at his career.

How did Wolfgang Puck Make His Money and Wealth? 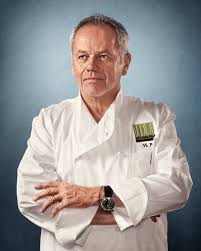 Born on July 8, 1949 in Carinthia, Austria, Wolfgang Puck (Birth Name: Wolfgang Johannes Topfschnig) became fond of cooking at a young age- possibly influenced by his mother’s work as a pastry chef. As a teen, he studied culinary arts in his native Austria, prior to relocating to France, where he apprenticed at several high-end restaurants including Hotel de Paris, Les Baux de Provence, and L’Ousteau de Baumaniere.

After honing his skills at the different locations, he made the decision to immigrate to the United States at the age of twenty five. With his talent, Puck had no issues landing a number of jobs in New York and Indianapolis; at one point, he even worked as an executive chef at Los Angeles’ Ma Maison.

In 1981, the Austrian chef released his first cookbook titled, Modern French Cooking for the American Kitchen– a title that shared many Ma Maison-inspired recipes. His second book, The Wolfgang Puck Cookbook was released in 1986. Since then, Puck’s collection of cookbooks have grown to include Adventures in the Kitchen, Pizza Pasta and More, Live Love Eat, and Wolfgang Puck Makes It Easy.

The following year, Puck opened his first restaurant, Spago- named after the Italian slang word for spaghetti. Located in Hollywood’s Sunset strip, it didn’t take long for it to become one of the most popular joints in the area. An eventual hot spot for locals, its popularity was boosted by its imaginative pizza choices and bustling open kitchen. Needless to say, his first business venture was brimming was success.

Since then, Spago has won numerous culinary awards and has been recognized as one of the Best 40 Restaurants in the United States. Capitalizing on its success, Puck later opened a number of separate locations including Instanbul, Las Vegas, Chicago, and Palo Alto. In 1997, the original Spago restaurant in Hollywood was moved to Beverly Hills, where it continues to enjoy much success to this day.

A year after the establishment of Spago in Sunset Strip, Puck opened an extravagant Chinese restaurant called Chinois in Santa Monica, California. Known for its Asian fusion dishes, it quickly earned high praises from those in the culinary world.

A celebrity chef, he has also appeared in numerous television programmings over the past decades, his first major project having been that of Cooking with Wolfgang Puck in 1987. Throughout the 90’s, Puck was regularly featured on TV; some of said appearances included those One on One with John Jesh (1992), Blossom (1991), Late Show with David Letterman (1993), and The Martin Short Show (1999).

In 2002, Puck’s status as a celebrity chef was bolstered after he appeared in the TV documentary, Recipe TV Featuring the World’s Greatest Chefs. From there, he took part in a series of Iron Chef specials including Iron Chef America: Battle of the Masters, and Iron Chef America: The Series. In 2004, he starred in his own television special, Wolfgang Puck France.

Continuing to star in various television shows, Puck was later featured in the popular TV series, The Best Thing I Ever Ate in 2009. That same year, he started to act as one of the judges on the culinary competition series, Top Chef (2009).

Outside of reality television, Puck is also an occasional actor. In 1991, he made his acting debut in an episode of the comedy series, Babes, playing as himself. Some of his other early endeavors on the small screen include Tales from the Crypt (1992), and Rhapsody in Bloom (1998).

In 1999, the chef made his first film appearance in the comedy flick, The Muse. Continuing to act on-and-off into the new millennium, Puck went on to appear in Frasier (2000), Just Desserts (2004), The Weather Man (2005), and Shark (2006). In 2003, he also received his first recurring role, as himself, in the crime drama, Las Vegas– where her appeared for five episodes. According to various online sources, he was allegedly paid $125,000 for those appearances.

Not only is his staggering net worth supported by the success of his work on television and restaurants, but he also has his own line of cookware and branded housewares. From small appliances to cookware, Puck has a wide array of kitchen essentials for every home cook.

In addition to that, Puck has his own line of frozen food which was first launched in 1987. For many years, he has also been selling his own line of elegant wines through Total Wine & More.

As if that wasn’t impressive enough, he also has his own online cooking school in which aspiring chefs are able to improve their culinary skills through a series of online video tutorials and classes- and tips from the celebrity chef himself. The subscription cost runs at $9.95 per month.

From everything that’s been said, it’s easy to see that Puck has countless streams of income from a variety of sources- from his restaurants to wide array of products.

With all that he has going for him, his income has naturally been increasing over the past years. In 2011, it was estimated that Puck took home earnings of $4.7 million. By 2012, this had grown to approximately $5.8 million- marking a stunning increase of over $1 million! With his continual success, this figure later increased to $7.6 million in 2014 and $8.8 million by the end of 2015.

Considering all his different endeavors, his fortune will most likely only continue to increase in the future.

Yes, Wolfgang Puck has been married to fashion designer Gelila Assefa for nine years since July 2007.

Does Wolfgang Puck Have Any Children?

Yes, the celebrity chef has four sons named Byron, Cameron, Oliver, and Alexander- two are from his second marriage while two are with his current wife, Assefa.

Did Wolfgang Puck Go to College?

No, Wolfgang did not go to college- in fact, he dropped out of high school when he was fourteen years old to take on an apprenticeship at a French hotel. 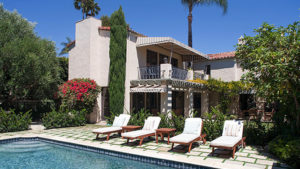 Prior to 2015, Wolfgang Puck was living in a $8.5 million home in Beverly Hills, California. Originally purchased for $3.675 million in 2003, it came with five bedrooms, seven bathrooms and 6,025 square foot of real estate.

Naturally, the mansion also boasted a luxurious chef’s kitchen, with an undeniably large central island. Seeing as how he sold the old property, it’s probably fair to say that he has upgraded to an even larger pad.

What Kind of Car Does Wolfgang Puck Drive?

Believe it or not, but the famous chef’s first car was a Cadillac Coupe de Ville in 1974. According to Puck, he had “driven it like it was a Mercedes”.

Wolfgang Puck as a Philanthropist

For many years, the celebrity chef’s philanthropic work has been conducted through the Puck-Lazaroff Charitable Foundation, which he founded with his then-wife at the time. Over the decades, the organization has hosted 28 years of Los Angeles’ American Wine and Food Festival and has raised more than $30 million to help provude food for the disabled, elderly and homebound.

Not only that, but Puck has also made it a habit to participate in the Meals of Wheels charity event every year with his restaurateur friends.

A philanthropist at heart, some of the other charities that he has involved himself with include the American Cancer Society, Keep Memory Live, UNICEF, The Tourette Syndrome Association, The Pancreatic Cancer Action Network, and the Best Friends Animal Hospital, to name a few.

An accomplished restaurateur and businessman, he has received a number of achievement awards throughout his career including a James Beard Foundation Outstanding Service Award, and a Lifetime Achievement Award by the foundation.

In 2008 and 2009, his Spagi restaurant in Beverly Hills was recognized with two Michelin stars.

In 2013, Puck was officially inducted into the Culinary Hall of Fame. Not only that, but his work on TV has also earned him a star on the Hollywood Walk of Fame this past April.

So far this year, Puck has made several small screen appearances in the talk shows The Talk, Good Morning America, and E! Live. Sometime in the near future, he will also be featured in the documentary film, Bite to the Future (2017).