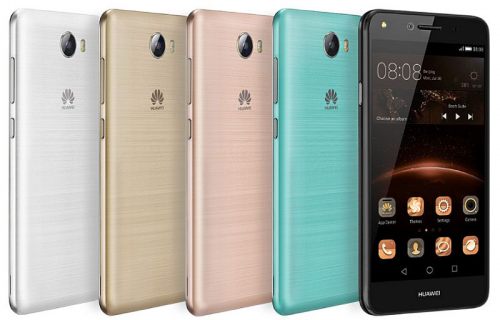 The best smartphones today have it all, dual cameras, gigantic displays, lots of RAM and storage are now very common on phones with high price tags. But not all customers want to spend over $500 on smartphones with the latest technology. Some just want to have a smartphone that is good enough to open the apps they regularly use. The smartphone 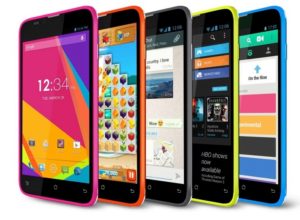 market has plenty of phones with prices over $500 and while they are some of the best, the market also has options for those who want to spend a lot less. Smartphones under $200 are not very hard to find but the list does get smaller when it comes to a price under $100. But here we have five cheap smartphones that cost less than $100:

The Motorola Moto C was announced last month and it’s currently one of the most affordable phones in the market. The Moto C is actually cheaper than the Moto E, which was Motorola’s most affordable phone for years. There are two variants of the phone, the Moto C and Moto C Plus. The two variants don’t have the greatest specs but the starting price is really good. The Moto C starts at $97 while the Moto C Plus is priced at around at $124. The phones come with Android 7.0 Nougat, making them one of the few phones under $100 to have the newest version.

The Alcatel POP 4 Plus is a few dollars cheaper than the Moto C but it does bring a bigger display. The 5.5-inch display is good for those who want a large screen smartphone without having to spend $200-$300. The phone can be found in online retailers such as Amazon, where it is available for $94.99. Its specs aren’t the greatest but the phone does support Dual SIM and microSD cards up to 32GB.

BLU has been releasing phones with solid specs at low prices in recent years and the Life XL is one of them. The smartphone has decent specs for a device that is only $78 on Amazon. The BLU Life XL has a 5.5-inch display, 13MP rear camera and 5MP front camera, 1GB of RAM, 8GB of storage and a Snapdragon 410 processor. The phone does come with Android 5.1 Lollipop, which is a few years old, but the price easily makes it one of cheapest options out there. There are a few other BLU smartphones at low prices but the Life XL has some of the best specs at that price.

The Huawei Ascend Y5 II, released in April 2016, is the most expensive of this list at around $99. The smartphone comes with a 5-inch display, 1GB of RAM, 8GB of storage, 8MP rear camera and 2MP front camera. The phone does not have a fingerprint scanner or dual camera like the newest Huawei releases but the Ascend Y5 II is one of the most affordable by the company.

BLUBOO has been making noise in the smartphone market in recent months for its S1 phone. But the company also has a few other smartphones out there, including Maya. The smartphone can be found for around $80 in online retailers. The specs? 5.5-inch display, 2GB of RAM and 16GB of storage, 13MP rear camera and 8MP front camera. The phone comes with Android 6.0 Marshmallow. Like BLU and Alcatel, BLUBOO also has a few other options under $100.

The Moto E, BLU R1 HD, Moto G4 Play and Alcatel A30 are also a few other good options. The Moto E hasn’t been announced but it’s rumored that Motorola could soon unveil the affordable smartphone. The Moto E series was the most affordable by Motorola before the Moto C was announced in May. The Moto G4 Play, BLU R1 HD and Alcatel A30 all have low prices and even lower on the Amazon Prime exclusives section. The Prime exclusives are cheaper because they come with lockscreen offers and ads. Phones under $100 don’t have the latest technology but they are always a great option for those who don’t want to spend hundreds of dollars on a new phone.

Have you used any of these phones? Which phone are you planning to buy in 2017? Let us know in the comments.