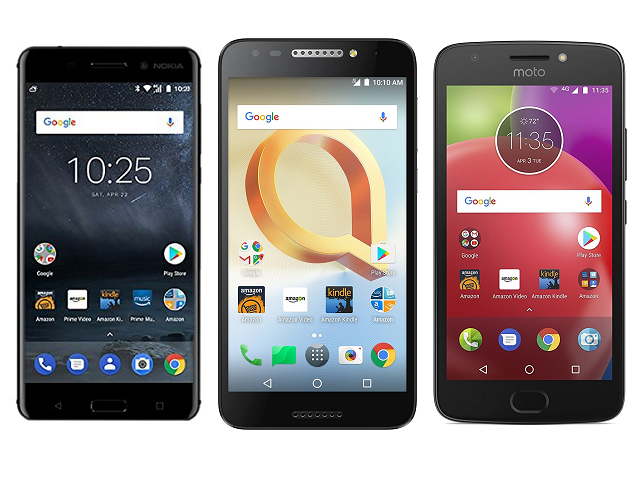 Last year, Amazon debuted its Prime Exclusive Phones program, which offers affordable phones with lockscreen ads and offers at even lower prices. At the time, only a few phones were part of the program but the online retailer has continued to add more in recent months. Just a few hours ago, Amazon added five more phones to the lineup.

All of the devices on the lineup can be found at a full price on the site but those that don’t really mind having advertisements can get the phones for less. The advertisements and offers are displayed on the phone’s lock screen.

The phones added to the lineup are:

Moto E4 – The Moto E4 was recently announced by Lenovo and it remains as one of the most affordable series by the company. The phone has a 5-inch display, 8MP rear and 5MP front camera, fingerprint scanner, Snapdragon 425 processor, 2GB of RAM and 16GB of storage. The Moto E4 is $30 off with the Amazon program.

Nokia 6 – The smartphone was first released in China but a global edition was unveiled at MWC 2017. The phone was one of three smartphones announced by the company at the tech event. The Nokia 6 has a 5.5-inch display, 16MP rear and 8MP front camera, fingerprint scanner, Snapdragon 430 processor, 3GB of RAM and 32GB of storage. The Nokia 6 is $50 off with the Amazon program.

Alcatel IDOL 5S – The Alcatel IDOL 5S was announced just a few hours ago and will be released on July 10. The phone has a 5.2-inch display, fingerprint scanner, 12MP rear and 8MP front camera, Snapdragon 625 processor, 3GB of RAM and 32GB of storage. The phone is $80 off.