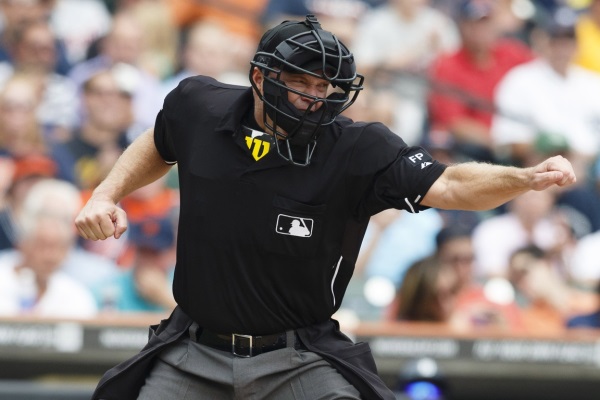 Loved by some, hated by most, the MLB Umpire is the one who always has to make the hard, but fair calls. For a select team of individuals, only around 68-70 at any given point in time, it can sometimes be a long stressful job calling the rules of America’s Pastime. But are they at least well compensated for it? Here, we take a look at the average salary of an Major League Umpire, and how to become one if you so wish.

A surprise to many, the average starting salary of an MLB Umpire is remarkably high at $120,000 a year, and can be well over a quarter of a million dollars by mid-career. This is more than most other referees in other professional sports fields, and can be added to by participation in play-off or off-season games to the tune of around $20,000. While this can be due to the number of games being Umped being more than most other sports (for example, NFL ref’s usually only being called upon, at most, once a week), there are also some hidden benefits left out of the equation.

Besides an already sweet paycheck, most Umps are given a daily allowance from the MLB for any travel expenses, usually around $300-$340 a day. They also get a month’s vacation, which can usually be used by the MLB as a means of testing out Umpires from the minor league that they may end up using for when the current workers retire. This does not often happen however, as many Umpires really do love their job, their pay, and of course, as close a view of the game as one can get without picking up a bat or glove themselves.

How do you become an MLB Umpire – Do you need to go to school?

To answer the first question, you don’t necessarily need to go to school, but it certainly helps. At time of writing there are about three separate Umpire academies (the adequately named “Umpire School”, “Harry Wendelstedt School for Umpires”, and “Jim Evan’s Academy of Professional Umping”) where one can enroll for a little over a month. During this time prospective umpires can get the tricks of the trade down and learn how to do their jobs more successfully.

What is more important than schooling in many situations however, is experience. To work your way up the be an MLB Umpire, you’ve really got to climb that job ladder. It helps to start early, volunteering for little leagues and high school games as an Umpire until you really get the hang of calling the shots. From there, you can apply to work for a local minor league, usually a Class A or Rookie league. Here, the pay is not great, but it’s a summer job and can land the Umpire about $6,000 for 3 months work. From here, you can with a bit of time jump to the classic A league, which has a longer season and with better pay (though only marginally). From here, you can be promoted to Double A leagues, with again a salary boost of around $200-$400 more a month. Keep in mind that switching leagues can also include switching commutes or even living situations: The smaller the league, in general, the smaller the town, and the bigger the league, the closer to a big city. Finally, there is the Triple A league, where you can get around $3,000 per month, and if you’re lucky have the chance to work in an MLB game and be selected for that tier. As one can imagine, the pay boost is sizeable, and it takes quite a few years to run this gambit. For MLB Umpires, travel is often required as Umpires are often cycled between the American and National team games. Most Umpires will end up working around a decade before being given the chance to work in the MLB, but that length may be growing by each season. Around 300 students come into the field each year at the lower levels, but again, only around 70 MLB positions are available, and many are taken by individuals who have no intent on retiring anytime soon. It would seem that the most enduring and useful quality for the MLB Umpire to be would be patience.