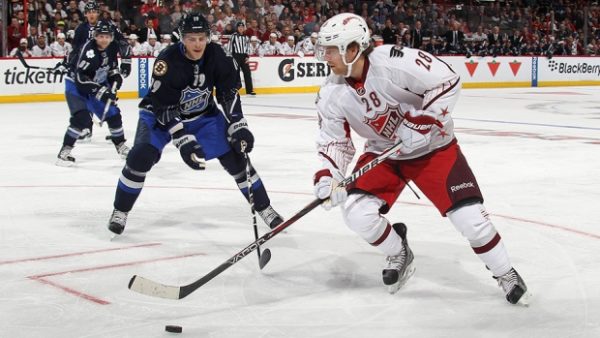 With over 500 player salaries surveyed, it is clear that the average NHL salary is around $4 Million, and that this comes with a high degree of variance. Since the rule was put in place that players could only get around $14 Million salaries, there are quite a few that still get massive salaries as compared to other players. One prime example of this is the salary of Jonathan Toews, a Chicago Blackhawks player who signed a deal which gets his salary to around $10.5 Million, while near the bottom of the stack, Alex Goligoski of the Arizona Coyotes makes around $547,500 a year. This amounts to a difference in salary that what Toews makes in one year would take Goligoski an entire career to make. That being said, it would take the average household 10 years to make as much as Goligoski, assuming a two person household. If this makes you think “I could learn to skate and take a hockey puck to the face”, read on to see how one can become an NHL player.

How to become a NHL Player – Do you have to play in College?

To become an NHL player is quite the challenge. One has to be as comfortable on a pair of blades on slick ice as they are with their feet firmly planted on the ground, for a start. This means that being able to skate quickly in any direction and being able to maneuver quickly is a must. To these ends, prospective hockey pros should spend as much time as possible on the ice, and training for speed and agility. Strength should not be ignored either, as this is a key component in handling and passing the puck, and can give you weight for momentum in case you’re to become very friendly with an opposing player.
Most NHL players, as one could predict, start at a young age, but this is not all inclusive. School and Junior leagues do provide a great deal of experience, though and early training and coaching through formative years can make even young players exceptionally competent. Multiple sources state that elite players can often be scouted by age 16 for later development. This can be followed through high school and even through college in NCAA hockey in the United States, or through the CHL in Canada. That being said, it may be recommended that one jumps from NCAA to CHL as over half of current NHL players are in fact from the CHL which can be seen as a minor league. Jumping straight from high school to CHL may be inadvisable though, as this may offer limited career options if things don’t work out in favor of the skater.

For those who did not start early, there are still ways to make it on a pro team. There are skate and hockey academies across the country that may be visited (including those in Nevada and Florida of all places) to hone skills. After this, one could try out for local on minor leagues and build up experience and reputation for a few years. While the pay may be low at the outset, one can view this as a long term investment if it happens to work out. Some minor leagues to account for and consider joining are the OHL, WHL, USHLF and QMJHL.

After a few years of working and training in the minor leagues, one could either be scouted or go to a national try-out to be selected for the draft. Then, one can be selected as a professional hockey player, though it isn’t quite the end of the road. To make the most money amongst your peers, a constant training and refinement of skills, even when you have “made it” is needed. After all, to make the best money, you have to be not only at the top of your game, but also the top of the pack.