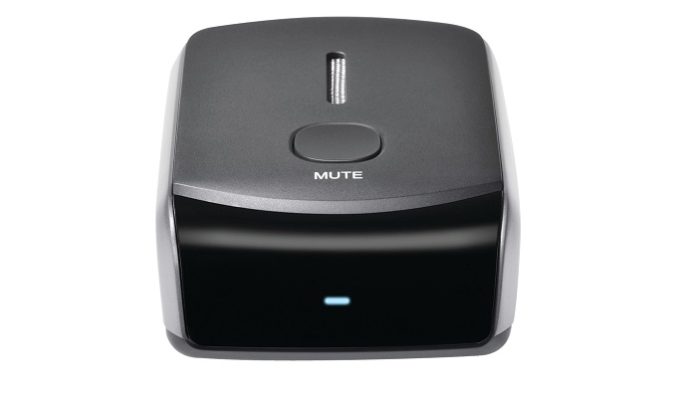 We are here now at the final Cobra build review. And I really do think we have left the best for last. Imagine with me, a build that eschews standard design philosophy. One that looks to the future in all ways that matter, and is cheaper than pretty much every other build on the market. Congratulations you just imagined the Cobra iRAD 900. Removing the screen was a stroke of genius, it integrates with your phone, and the amazing iRadar app, giving you the info you need, in addition to all the bonuses that come with said app. It’s tiny as well, a touch bigger than the DSP 9200BT, which markets itself as a cordless multi function build.

I think I have gotten to test out around 30 of these radar detectors over the last few months, and had a great time doing so. One of the more interesting things I have learned is that the core tech has remained largely unchanged in the last several decades. Some firms have miniaturized it, but for the most part the actual hardware is the same that was sold back in the late eighties. It makes sense, I men radar is radar no matter the decade, but it begs the question, Why are so many firms charging several hundred dollars for hardware that is so cheap to produce. The answer is the on board software. Good software was the king around five years back, and the sorting algorithms, and the ability to differentiate between real signals and false ones was paramount to not wanting to smash your radar detector just to get it to shut up. There is certainly a benefit to that kind of software, even today, but the advent of phone apps that integrate directly with the hardware is making the on board software be worth less and less.

Let’s get to the review proper, see if you feel the same way about this build as I do.

The look of the build might not be as important as the actual utility of the build, but I feel it deserves its own paragraph. Especially with the Cobra builds, as they are all lovely looking radar detectors. Some firms make fugly builds, still using older big LED displays that puts me in the mind of a clock radio. Not a good look. Here we have a compact, but sturdy, build. The simple design is leagues ahead of anything else even Cobra have produced. A simple line light on top and that’s it. The display is subtle, meshing with the body perfectly, and the information is far simpler than any other build. More an on/off that a complicated array of band types and strengths. There is more than enough there to go on, seen as in order to course correct all you have to know is if there is a signal out there. So even if you have no phone this is still an option.

The weight is a little light for me. I prefer a touch of heft to my electronics, and while I know that for the most part this is a psyche trick, it is still a real comfort. I don’t think a hard knock will damage this at all. The mounting bracket is the usual sticky vacuum cups that Cobra have been using in all their builds, but it also uses a click system rather than a magnetic lock, and I prefer the magnets. Both work, but one works a little better. there are a number of third party options on the market. Another oversight from Cobra as a whole is the lack of smart cable. That issue is somewhat mitigated with the iRAD, due to the phone integration, but for most of there line you need to lean over to the windshield to use the mute button, something a smart cable would have remedied. With the app, all you ned to do is press the screen, a far safer option. There is also an auto mute mode that might be worth looking into. 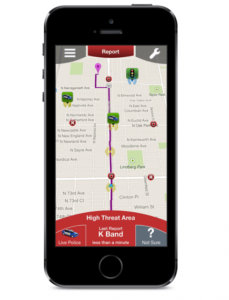 On hardware bonus features  there is the usuals, VG-1 mode, that detects detector detectors, automatically switching itself off when it detects it. Too many detects in that sentence. IVT filtering is here, to see the difference between genuine signals and automatic doors and the like. There is no in built Bluetooth, which I feel would have been a nice touch, instead connection to the iRadar is through a cable that comes with the iRAD 900. Range is pretty standard, if anything it is on the low end, but this is more than made up for with the app.

The iRadar app is an ingenious little addition to the iRAD. While you can use it with a lot of their builds, the ones that integrate directly with it gain a lot more features. On the surface we have real time map updates of hot spots, and other things undetectable by the radar. When you integrate the iRAD 900 with the app you become a part of a larger community, uploading all the alerts your radar detector discovers, and letting everyone who uses the iRadar app know of the possible dangers. It also displays the type of signal received, distance displays and a nice little music feature. Not a huge gain the music feature, but is is nice to not have to switch apps. This is one of the most feature rich app experiences you can get from first party. There are a few apps out there that allow you to fine tune a whole host of options, but that is for advanced users, and I do not recommend them.

Let’s take a paragraph here to talk about LIDAR detection, the hot feature being shilled by ever radar detector on the market. I get why they sell it, laser speed cameras are becoming more and more ubiquitous on the road, but detection system tend to not tell you about how they work. Laser speed testing is on a point to point system, meaning the button is hit, and the vehicle is tagged, gaining the speed instantly. LIDAR detection then can only really warn you after the fact, rendering said warning a touch on the useless side. Now, it can pick up refracted beams, this this is only a few vehicles ahead, and still of limited use. There are alternatives to LIDAR detection that are far more effective, but I will be going into them in the legality section,. as there are a few things you should know before investing in them.

There is a lot here to love. The core feature set is fairly standard, and the range of the detection is merely adequate, but the look of the build, the display, the added functions and ease of use of the app elevate this build way beyond what it would have been on its own. Considering the price, this might be my favorite build to come out of Cobra, and when I compile the top ten you better believe this will be ranked very highly indeed.

There are no other review series that I write that comes with a legality section. I can’t even imagine another line of products I might review in the future that might come with this extra caveat, but I must admit, it has been highly enjoyable getting to look all this stuff up. First off, if you are reading this from outside the US then I am sorry to tell you that radar detectors are likely illegal where you are. You can’t even drive up into Canada with them, so those on the border be careful where you drive. In the US the law is fairly simple. If you are in a non-commercial vehicle, you are covered by the 1934 US Communications act in all states bar Virginia and DC. In commercial vehicles they are illegal everywhere. There are also laws in California and Minnesota that limit what you can place on your windshield, obstruction of vision laws, so be sure to find an alternative mounting location in either of those states. Finally a word on jammers. Radar jammers are against the law no matter where you are, LIDAR jammers are not. And LIDAR jammers are far better at protecting you from laser speed detection than any other method. There is a risk though, while they are not illegal some folk have been taken up on obstruction of justice charges through their use. So please consider them carefully.

Now to the price. The iRAD 900 is a legacy build, and so the on site price from Cobra is no where near the price you can expect to pay. They list it as $250, but I have found it in multiple locations at less than $60, and in one very nice surprise, for $50 flat. That is an amazing price, for a build that to this day still integrates with the iRadar app, with all the bells and whistles you can ask for. A special build this, and that price makes it well worth a look.

The warranty Cobra offer on their builds is nothing to write home about. the whole industry offer simple 1 year warranties, some firms have extended warranties for a price, but I do not recommend them. The year covers factory faults, and as far as I am concerned any radar detector that breaks down within a year through normal use automatically qualifies. I feel it is important to point out here that you may have to press the issue, as I have in the past with other warranties. If you want the best bang for your buck, go with a licensed third party retailer, that way you gain their warranty in addition to Cobras. For the best coverage in this area go with Amazon, a third party Amazon seller gives you the third party’s warranty, the Cobra warranty, and Amazon’s amazing consumer protection policies all in one, making it the best value for money. Incidentally, Amazon also list the price of this model very cheaply.

At the end of the day here you need to know the law. You need to know how to keep yourself right when traveling between states, and I think you should be made aware that while LIDAR jammers are great at what they do, there are some risks involved in owning them. The price is is amazing, and the warranty can be made very conprehensive with a little leg work. Overall, excellent.

A build par excellence. I am in love, the iRad 900 is smart, compact and looks divine. The feature set covers the basics out of the box, with a few choice add ons, all while increasing the utility with the astoundingly comprehensive iRadar app. The price is on point too, and s mentioned, a good warranty is up to the consumer. In this price range there is literally nothing better. I might have to go edit a few older reviews now that I’ve found the iRAD 900. Stay tuned, there is the iRAD950 to look at as well, and consensus says that it’s better, but we shall see.