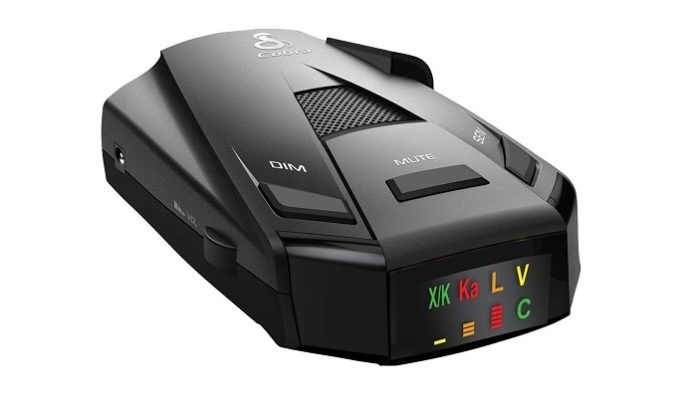 Cobra are fast becoming one of my favorite brands in the world of radar detectors. The combination of low cost and solid core features put them in a class of their own. By no means are they, by and large, the cream of the crop in the world of radar detectors, or even the most accurate, but that value for money mitigates any day to day use issues you might come across. The RAD 250 is a still supported, low end radar detector, making a bit of a change from the fair few unsupported Cobra builds I have looked at. The price on site is pretty good, but the price elsewhere is astounding, lower than some of the older builds even. The feature list is likely a key reason for this, at its core the tech is very similar to the ESR and XRS series from the firm, lacking Bluetooth functions, but more than up to the required tasks.

One of the many weird and wonderful little facts I have come across over the last few months of testing is that the core technology behind radar detectors has remained pretty much the same for the last couple of decades. When you consider that radar waves are radar waves no matter what, then it makes a bit more sense, but I found it fascinating. It means that you are not paying for the hardware, but rather the software. Algorithms that are better suited at differentiating the signals, their location, their direction and their band. Seen as the RAD 250 is a low cost model, we cannot expect miracles, but the bare bones core software of the Cobra line has had many years to mature, so even this model is impressive enough in that field.

Now the review proper. Best to take a look at the least important aspect of the build, the look and feel of the RAD250. There are some cases where the look of the build becomes important, if you are torn between two similar models, so I feel that this section does have its place.

When it comes to the look of this model there are things I like and things I don’t. Such a shame considering how much I tend to love Cobras design sensibilities. here though, we have a nice outer casing, symmetrical and well put together, combined with a screen that is more an eye sore than it needs to be. More and more firms are moving towards high quality pseudo HD displays, and so seeing the older dot LED display here is a disappointment. The core look is striking though, and if you can get past the screen, what we have here is a stylish looking build. The materials used seem to be of high quality, par of the course there, and the weight is exactly right. I know its a bit of a psych trick, making electronics heavy to make them feel valuable, but love it.

The mounting bracket that comes with the Cobra models is pretty good. A combination of magnetic lock and sticky suction cups. A lot of the other firms are still using click locks and regular suction cups, and while for the most part they work, I wouldn’t put my faith in them. Pot holes and rough terrain would soon see them falling. Cobra do not offer a smart cable, either with the model or as a separate purchase. This is a major oversight to my mind. More than half of the firms I have reviewed offer some kind of extended feature cable, and I have to say, being able to hit mute or lower the plume of a radar detector without having to lean towards the wind shield is so useful. Less dangerous too, as false positives are part of the life.

Bonus features here are pretty standard. We have the VG-2 mode, a nice little smart feature that can detect radar detector detectors and auto shut down, and an auto mute function, not as tight as just using mute yourself, but lacking the smart cable it is a nice alternative. Range wise it’s fairly standard, expect around a mile in busier areas, more in open environments, like the highway. Theoretically it can detect signals 10 miles out, but the core tech here is no where near fine enough to do so accurately. You want a Redline if range is your primary concern.

Cobra have two things going fro them, first is the price and second is their app. I am dumbfounded that such a cheap build has an app that can be used in tandem with it, you usually see apps this advanced on more expensive models. I love the addition, and you will too. First off, the more advanced features of the app, auto updating and real time alert streaming, are not available here. No Bluetooth, so no coll add ons like that. It can however be used to augment the range, and provide you with more up to date information on your surroundings. Other drivers are using the more advanced models, and so they update the shared app experience with new traps and false positives. Overall this is the biggest selling point.

So let’s address the elephant in the room, the LIDAR system. Pretty much all the companies making radar detectors are pushing this feature, to combat changes in how speed is detected. I get it, and to their credit, it works. I would just argue that the method used makes it almost entirely useless int the real world. LIDAR speed detection works on a point to point system almost exclusively. Some advance radar guns are doing the same these days too. It means that the warning goes off when your already hit. Not great. It can pick up refracted signals, but again, the range is typically a few cars ahead of you at the longest, not giving that much time to course correct. Not a fan. There are a few ways around this, and I will discuss them int he legality section oft eh review.

Those radar point to point guns I mentioned, they’re rare, but most radar detectors have sub routines to spot them,  so for the most part you are covered. What we have here’s a bare bones build, with a nice array of bonus features, and an excellent app. I would like to have seen more real time integration with the iRadar, but I can’t complain too much, and the price will tell you why.

This is still a somewhat bemusing section for me. I loved looking up the laws regrading these things, and I do feel it is important to know what you are buying. There is danger in owning a radar detector, not a huge danger, but danger non the less. Firstly, readers who are outside the United States, odds are near 1 that radar detection devices are against the law in your country. You can’t even use them in Canada, so be careful near the border folks. In the USA there are only two states that prohibit their use, DC and Virginia. You also cannot use them in and around military bases. So long as you are in a non-commercial vehicle they are perfectly legal everywhere else. In commercial vehicles they are illegal everywhere though. Bear in mind both California and Minnesota have laws regrading what may and may not be placed on the wind shield, covered by obstruction of vision acts,  find an alternative place to mount when driving in either state. Now a moment to talk about jammers. Radar jamming devices are straight up illegal everywhere, so be sure to steer clear. Laser jammers though, not the case, legal everywhere.

Now we come to the price, and it’s here that the RAD 250 shines bright enough to blind. <$50. You read that right, a radar detector that will do the job, and more besides, for less than $50. Granted, that is the price on Amazon, and the list price on the Cobra site is a little higher, but still in the sub $100 range. I cannot over state how impressed I am with the pricing here. It surprises me that so many other firms are justifying their large price points with advanced internal software, when that can be easily replicated with a phone app.

And the warranty. Cobra’s warranty only applies to products bought from them or a licensed third party retailer. Fair enough, but you don’t get the best prices from either of them. Cobra offer a 1 year standard warranty, covering manufacturer issues. I ascribe to the belief that if an item breaks within one year of normal use then it is a factory issue. You may have to press the issue. If we ignore that warranty, it is more than possible to get good coverage with a combination of re seller warranty and amazon’s own consumer protections. I would advise you aim for all three, covering you for any eventuality. Overall there is a lot to like, if you are willing to do the leg room.

At the end of the day what we have here is a god baseline. The warranty is fine, nothing to write home about, but the savvy consumer can make sure they are covered with a little work. The legal issue are pretty much non-existent for the majority of fol in the US. As mentioned in the legal section, LIDAR jammers work amazingly well, and if you use them sparingly you are very likely to be fine, but the risk is always present.

Best value for money on the market, bar none. I am impressed with the core features, and the day to day use of the RAD 250 in the city is wonderful. Combine it with the iRadar for farther reaching coverage, and when you buy be sure to find as much coverage as possible on the off chance that something goes wrong with it. So, you should now know the strengths and weaknesses, and what I feel you should invest in for simple ease of use. If you are looking for a cheap radar detector, buy this, you may not even want to upgrade to a more expensive build down the road, though even I have to admit the Escort line is very tempting.