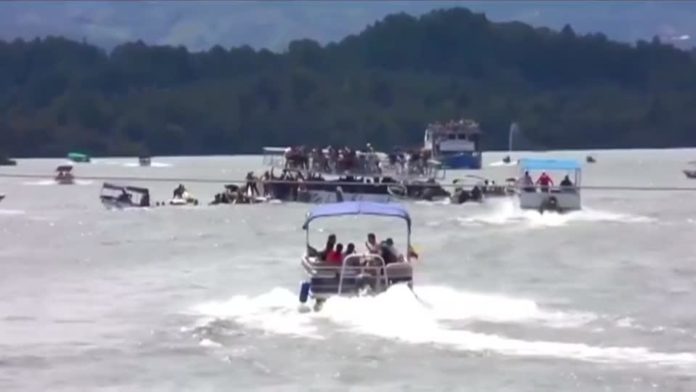 The boat accident has left nine people dead and a few others injured. The tourist boat, which according to survivors broke in two parts, sank in the reservoir when it was carrying more than 150 passengers. The first reports said that the boat was over capacity but the government recently said that it was below capacity. Survivors say the boat began sinking after they heard a loud explosion in the men’s bathroom. The boat reportedly lost power after the explosion.

Video taken from other vessels shows the boat sinking as passengers climb to the top and wait for help. Jet skis and other vessels are seen near the boat helping passengers. Some survivors have told local media that they were not provided with life vests. In the video, passengers are seen jumping to the water as the boat is about to sink completely. Residents have also said that the boat sunk while it was at the dock a few months ago. The government revealed that the company had renewed its license in December to continue operating in the area.

The rescue operation began right after the accident but authorities had to suspend the operation later that day due to a lightning storm in the area. Authorities resumed the search the following day and have found nine bodies since. The body found today is said to be of the last missing person. Authorities are now working on removing the ship from the water to find out what caused the sinking.