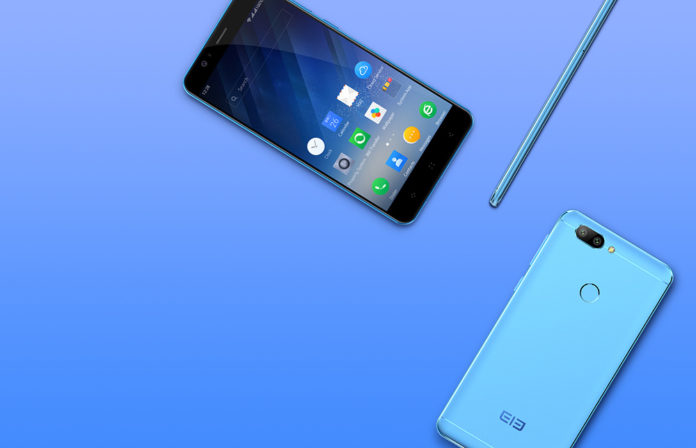 The Elephone P8 mini is the newest offering from the relatively new Chinese company, Elephone. Though it’s got close-to-flagship specs, it comes in at a ridiculously budget price of $133 at GearBest. Though it doesn’t have many of the flagship bells and whistles, we’ll find out how this holds up as a no-frills mid-range phone. Is it a hidden gem, or a blatant knockoff?

If you’re wondering what Elephone is, I don’t blame you. Though they produce quality phones, they’re not well known outside of China, although online shopping stores like GearBest are helping these Chinese phones get out of the Chinese-only market. Elephone produces quality phones at super low prices, thanks to the fact everything is done in China, and they spend next to nothing on marketing. The Elephone P8 Mini, as the name suggests, is the little brother of the Elephone P8, which is a brilliant phone for the price. Although it’s a budget phone, it still comes with nifty features, such as a fingerprint sensor, and a full HD 1920×1080 display. The display, I should add, also has next to no bezels on the side, something not even the iPhone 7 boasts.

On first glance, the Elephone P8 Mini looks like a mix of the iPhone 6s, iPhone 7, and the Nexus 6P, both of which are good looking phones. It sports the all metal design of the iPhone 6s, as well as the antenna lines. It’s also got a horizontal camera hump, much like the iPhone 7, to account for the two cameras. It’s also got the fingerprint sensor on the back, like the Nexus 6P. Having the fingerprint sensor on the back can be very useful when using the phone normally, but it means you’ll have to pick up your phone to unlock it if you’re using it on a tablet. Worse, you’ll need to reach around your phone if you’re using it on a dock.

What’s in the box?

The Elephone P8 Mini comes in a plain white box, with minimal literature. Inside the box are just the phone, a SIM ejection tool, a micro USB cable, and a charging plug. It isn’t that special, and at $139.99, I wouldn’t expect it to be.

The Elephone P8 Mini packs a ton of punch, both for it’s size, and for it’s cost. For just $139.99, you get a whopping 4GB of RAM, 64 GB of storage, and an MTK6750T octa-core processor, with a maximum clock speed of 1.5Ghz. The cameras are also great on paper, with a 16MP front-facing camera, and a 2+13MP dual rear camera. The screen is a 5.0” full HD display, which spans 95% of the sRGB color gamut. Elephone compares this with the Xiaomi Redmi Note 4, which spans only 72% of the sRGB color gamut. Interestingly, the Elephone P8 Mini has flashlights for both the front and rear cameras. This can come in handy when taking late night selfies, not something I often do.

Like many chinese phones, the Elephone P8 mini supports dual-sim so that you can switch between sim cards for work/home. This dual-sim setup also has a trick up its sleeve. If you don’t need the dual-sim, you can also insert a single sim and a micro SD card, for expanded storage, up to 128GB. Combine this with the built-in 64GB, and you could have a phone with a whopping 192GB of storage. The Elephone P8 also sports a fingerprint scanner on the rear, which is impressive for a phone at this price range, and it makes unlocking your phone a thing of the past.

The Elephone P8 Mini runs on ELE OS 1.0, which a custom ROM built off Android 7.0. It’s great that it runs the latest Android version, but ELE OS is still in its early stages, and probably needs to be polished a bit. However, some parts of the UI are actually pretty useful, such as a “freezer” app, which works similarly to the famous “Greenify” app. It freezes apps, so they are unable to run in the background, like the infamous battery hog facebook.

In addition, there’s a “privacy system” which can lock your apps with a password or your fingerprint. This is especially useful for people who have friends with prying eyes. The whole UI itself looks pretty sleek, a bit like the MI UI which comes with Xiaomi phones. Right now, I’d prefer to have stock Android 7.0, but I’m sure as ELE OS matures, it’ll become more attractive.

The Elephone P8 Mini sports a stunning 5.0” display. It’s also Full HD, which is great for the price. Text and videos are clear, and it makes for a pleasurable user experience. The screen is bright, but not the brightest I’ve tried. Still, it’s passable for use in daylight, and it’s still a decent panel. However, the speakers aren’t as nice as I’d hoped they’d be. They sound small and tinny, and lack detail but the number of times I’ve wanted to use a phone’s inbuilt speaker for entertainment is near zero. It’s significantly loud, however, so your alerts and ringtones can still be heard.

The Elephone P8 Mini has a total of three cameras, and both the front and back cameras are of decent quality. In fact, the front facing camera is better than the back, since it’s a 16MP shooter, instead of 13+2. I’m not sure what the second back camera does, and at 2MP, I’m not sure it does much. However, overall picture quality for both the front and back are good – good enough to be your only casual camera.

The Elephone P8 Mini is an amazing phone at a ridiculous price. It’s $139.99 from GearBest, and I’m sure it’ll be the perfect phone for anyone who just needs a good, fast phone. It doesn’t have iris scanning or the other gimmicky features that often appear then disappear on Samsung’s phones, and you’re rewarded for that with a much lower price. At $139.99, it’s a steal, and if you’re in the market for a new mid-range phone, get this one.

To purchase the phone at the best price online click here.