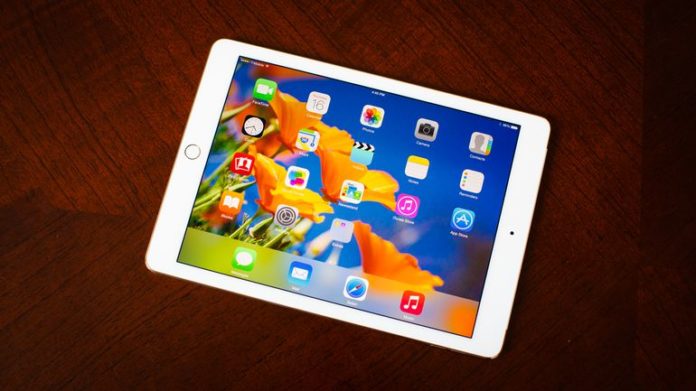 With the new iPad Pro (9.7″) and (12.9″) out, iPads have become astronomically more expensive. With the iPad (2017), Apple hopes to regain control of the mid-class tablet market. Whereas iPads have historically been $499, the new iPad is an earth-shattering $329. That makes it the most affordable iPad ever, even cheaper than the current iPad Mini. The iPad is packed with the same internals as an iPhone 6s, with a larger battery and without an antenna (unless you buy the more expensive cellular model). However, the iPad 2017 isn’t just a price drop – there are a few caveats which make it easier for Apple to justify lowering the price.

If you wanted to be really picky, the iPad (2017) also lacks the shiny bezels of the iPad Air 1, and ditches them in favour of a matte look, much like the iPhone SE. The fact that it’s so similar in design to the iPad Air 1 means R&D costs are lowered for Apple, and thankfully, these savings are passed on to us, the customers. The iPad (2017) comes in three colours, Space Gray, Silver, and Gold. Even though it’s thicker than the iPad Air 2, it’s still relatively thin, and it didn’t bug me during day to day use.

Packed with the internals of an iPhone 6s, the iPad (2017) is lightning quick. The A9 chip is paired with 2GB of RAM, and on iOS 10.3, I didn’t notice any slowdowns or freezes. If you’re planning to use the iPad for work, however, I’d recommend buying the iPad Pro, for future-proofing. I recommend this, as the normal iPads are known to slow down after a few years of updates. However, instead of having a 12MP camera like the iPhone 6s, the iPad (2017) only has an 8MP shooter. The camera is also only capable of shooting 1080p video at 30fps, instead of 4k at 30fps on the iPhone 6s.

Either way, I’d recommend against taking photos of videos on your iPad – phones are far better at it, and you don’t look like a dork. If you’re using the iPad (2017) for entertainment, you might be disappointed to find that it only has two speakers at the bottom, instead of the iPad Pros four. The quality of the speakers are ok, but they’re nowhere near the fullness of the iPad Pro. Since both of the speakers are at the bottom of the iPad, near the lightning port, if you’re watching a video in landscape mode, the sound will only come out of one side, in mono.

The iPad (2017) is equipped with the same resolution display as the iPad Air 2. It’s a 9.7” IPS panel, though it doesn’t have all the same bells and whistles as the iPad Pro’s (9.7) display does. At 2048*1536 and 264ppi, the display on this iPad remains one of the highest resolution displays on a consumer tablet. The iPad (2017) is also touted by Apple to have a brighter screen than the iPad Air 2, though they don’t say by how much. However, the iPad falls short when it comes to the anti-reflective coating. That is, there is none. The fact that the iPad (2017) is cheaper than it’s predecessors mean that Apple had to take cost-cutting measures, and this is one of them.

Another cost-cutting measure taken by Apple is the fact that it isn’t a laminated display, so there’s a noticeable air gap between the display and the glass. If you’re coming from an iPad Air 1 or earlier, this won’t be a problem, but if you’re upgrading from the iPad Air 2, you may notice that the screen is more distant from your finger, and it doesn’t “feel” like you’re actually touching your apps. This is a small step backwards from the iPad Air 2, but it isn’t a major problem, especially with a $170 price drop.

The iPad (2017) is advertised as having 10 hours of constant battery life, and in real world usage, that number is about right as long as you’re not playing any heavy games. iPads have always been known for their stellar battery life, and this iPad is no exception.

The iPad (2017) is a budget iPad, and there’s no getting around that. Since it’s a budget iPad, it doesn’t come with all the bells and whistles of the iPad Pro. This includes support for the Apple Pencil. This isn’t a huge problem, since it’s $280 cheaper, and the display is roughly the same as the iPad Air 1’s. If you’re looking for an iPad to draw on, you’d need to buy an iPad Pro.

The iPad (2017) also lacks support for the Smart Keyboard Case, since it doesn’t have the Smart Connector. Although it’s annoying, it’s understandable that Apple needs to reserve the more productivity focused for the iPad Pro. However, the iPad (2017) will still work with all the Bluetooth keyboards, specifically those designed for the iPad Air 1.

The iPad (2017) thankfully comes only in 32GB and 128GB options, Instead of the paltry base 16GB model. Personally, I find 32GB to be fine, though if you have a large movie, or music collection, you’ll want to upgrade to the 128GB version. You can also buy a cellular-equipped iPad for $130 on top of the storage. Personally, I don’t need a cellular-equipped iPad, as I’m never with my iPad without my iPhone, which I can tether the iPad to. If you do buy the cellular version, know that the top of the iPad has a thick black bar, to let the antenna waves pass through. It’s unsightly, but if you really need cellular, it’s an (expensive) option.

The iPad (2017) is the cheapest new iPad ever, and it’s almost the fastest. It’s everything the iPad Air was, just newer, faster and better. It’s got a few things that keep it from being the best tablet around, but at it’s $329 price point, it represents the best value for money you’ll get from an iPad.

The 2017 iPad is the best non-pro iPad you can buy today, and also the cheapest. It’s got a fast processor, great battery life, and a clear 9.7” screen. It’s lack of antireflective coating, and laminated display are downsides, but it’s still the most appealing tablet at this price. If it’s going to be your main device, or if you need it for professional/artistic use, consider upgrading to the 9.7 iPad Pro, but if you just want it to browse the web and watch videos, it’s the perfect entry-level tablet.