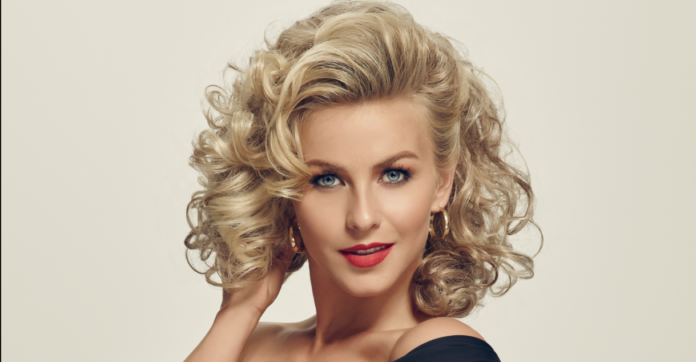 Julianne Hough is an American actress and dancer who is most widely known for winning ABCs Dancing with the Stars twice, as well as becoming a permanent judge in 2014. She also has released a country music album and toured with Brad Paisley. Her latest work, the Move Live On Tour with her brother Derek, has sold out several venues before it even officially kicked off.

How Julianne Hough Got Famous

Julianne was born on July 20, 1988, in Orem Utah. She was the youngest daughter in her Mormon family. Her father, Bruce, was the chairman of the Utah Republican Party twice. Julianne is not the only dancer in the family – her brother Derek, and all four of her grandparents were also dancers. She began her career in dancing early and started doing it competitively at the age of nine. She was trained at the Center Stage Performing Arts Studio in her hometown. She and Derek both went to the Italia Conti Academy of Theater Arts in London, where they learned, ballet, jazz as well as theater and gymnastics.

Julianne was very talented, and she won the Junior World Latin Champion and International Latin Youth Champion at the Blackpool Dance Festival. She was just 15 and was the youngest dancer to of ever won both of those competitions. She left London soon after that, and when she went back to the United States she went to the Las Vegas Academy as well as alter high school.

When Julianne Hough was just 17, she was one of the million dollar dancers in the game show on ABC called show me the money. She went on to compete in and win on season four of Dancing with the Stars with her partner Apollo Ohno, the Olympic gold medal-winning speedskater. Julianne was the youngest performer and professional dancer to ever win on Dancing with the Stars. She went on the next season with Helio Castroneves and won again for her performance. Performance would get her and her partner Helio Castroneves and Emmy nomination for outstanding choreography. Although she appeared in season six with famous comedian Adam Corolla, they were eliminated in the fourth week.

In May 2007, Julianne Hough released a self-titled country album which came out at number one on the country charts. When she wasn’t working on Dancing with the Stars, she was touring with Brad Paisley and Jewel on Brad Paisley’s 2008 tour. Julianne also got a gig in a juicy fruit commercial in 2008. In the winter of that year, she released an album of Christmas music and performed one of her singles on Dancing with the Stars. Her album got her nominated for the Academy of Country Music Awards for the new top female vocalist, and she won. Julianne wrote and recorded a second album called Wildfire, but that was never released.

In 2011, Julianne starred as Ariel Moore in the remake of Footloose. She continued her acting career by playing Sherry Christian in the film adaptation of Rock of Ages, and in 2012 she starred in Safe Haven. In 2013, she caused significant controversy when she went to a Halloween party as Suzanne Warren from Orange is the New Black, complete with blackface. She later apologized using her Twitter account.

In late spring of 2014, Julianne and her brother Derek went on a tour of 40 cities across the United States and Canada called Move Live on Tour. The show featured the two singing and dancing with backup dancers, and it sold out. Their second run of the show, Move Beyond, started in late May 2017. Julianne has also acted in the life performance of Grease as Sandy that was on Fox.

Julianne has dated several celebrities before settling down with her fiancé professional hockey player Brooks Laich, who plays for the Toronto Maple Leafs. Starting in 2008, she began saying Chuck Wicks, who was a fellow country singer. Although the relationship ended in November 2009, Julianne didn’t wait long before she began dating Ryan Seacrest. The two broke up in March 2013. Julianne and Brooks let the world know of their engagement in late summer of 2015. 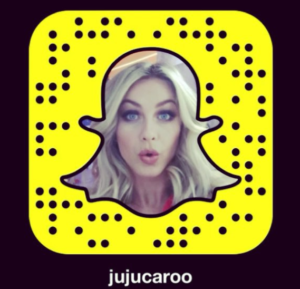 There are multiple Facebook profiles that claim to be Julianne Hough, but it looks like the American singer only have one verified account, and that is her official page. You can join her 888,000 followers by clicking here, and get all her awesome content. Julianne posts about her Move Live tour updates, as well as blog posts, recipes, and a few candid photos of her and her husband.

You can follow Julianne’s Instagram page here. The health instructor and singer has over 3 million followers, and she posts every couple days. Lately, most of her posts are about her Move Live tour or her outfits on Dancing With the Stars, which she appeared on as a judge.

Julianne Hough has been on Twitter since October 2008, and she has cultivated a following of 1.28 million people. You can join them by clicking here. Julianne uses this social media site as an aggregator for her Instagram page.

What is Julianne Hough’s Kik Username or Code?

It does not look like Julianne has a Kik account, or at least not a public one.

While it doesn’t look like Julianne Hoagh has her own channel that is verified, there is a channel with her name that has not been updated since 2013. It has a sample of her Pro-active commercial, and interviews of Julianne on Entertainment Tonight and Access Hollywood.