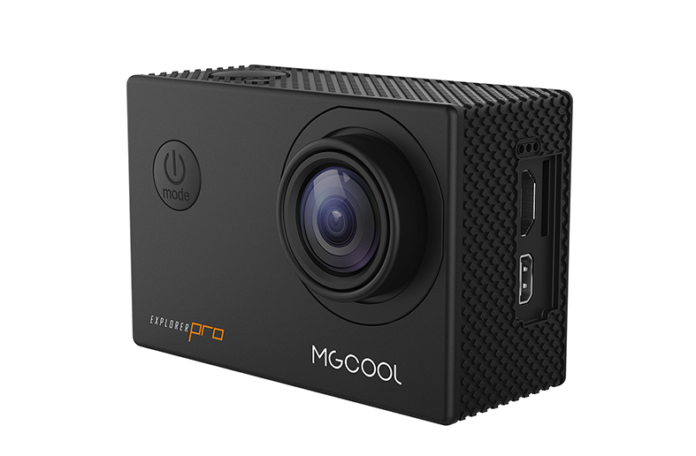 Ever since the Go Pro has become popular, the world has become infatuated with the concept of the action camera. An action camera is basically a camera that is specifically meant for use in outdoor scenarios. People use action cameras to record themselves as they play sports, go underwater, or just generally do things that you can’t really capture with a typical camera. Although the quality of video that you get from an action camera may not be exactly on par with the quality of video that you would get from a traditional camera, an action camera still possesses a certain level of durability that you can’t really get from a traditional camera. Action cameras also usually have features that are specifically meant for outdoor video. They’re designed for a more specific use generally, and they pull it off very well.

As I alluded to earlier, the Go Pro is probably the leading action camera brand out there. They were one of the first action cameras to become popular, and so they’re considered the best. Because of this, Go Pros are very expensive. An older model can cost around $150 brand new, and a newer model can cost as much as $400 brand new. They’re great camera, but they’re not exactly affordable. In this article, I’m going to be talking about a very promising action camera that serves as an effective alternative to the Go Pro. It’s a lot less expensive, and it also packs a strong punch. I’ll be talking all about MGCOOL’s Explorer Pro Action Camera, making sure to discuss its technical specifications and its features. I’ll also make sure to let you know whether or not I think it’s worth your money. Without further ado, let’s dive right in. 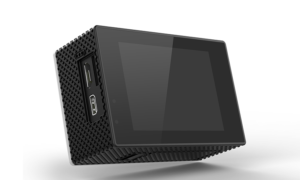 Price: Click here for the discounted price on Amazon.com

So based on this list of specs, you may already realize that this camera is the real deal. Its price is a mere fraction of the price of the Go Pro, and it’s still really high quality. The Explorer Pro is capable of recording video in 4K, which is something that is very desirable in cameras. If you haven’t bought into the 4K craze yet, though, it’s also able to record videos in 1080p at 60 frames per second. This is considered the standard as far as high quality video capture goes these days. The 1050 mAh Li-ion battery means that the camera is able to run for around 100 minutes while shooting video at 4K. This battery life obviously varies depending on how the camera is being used, but this estimate should give you an idea of what you can expect.

The Explorer Pro also includes a variety of different shooting modes. The slo-motion shooting mode is pretty self explanatory. You’re able to shoot slow motion video, which is a great feature for an action camera to have. If you plan on using your camera for something related to sports, then I’m sure you would use this shooting mode frequently. There’s also a time lapse video shooting mode, which allows you to record video in the form of a time lapse. This is a mode that could prove useful to someone who plans on taking their action camera on trips with them, or who just wants to use it like a standard camera. So although this is a more inexpensive camera, you shouldn’t expect a bare bones experience. There are only a couple of bells and whistles that come with the Explorer Pro, but they’re very good bells and whistles.

How well does the MGCOOL Explorer Pro actually work? 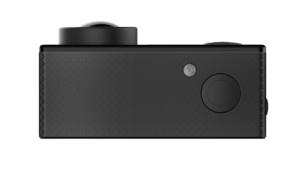 So, I’m sure you’re skeptical. This action camera is so much cheaper than other action cameras on the market, and so it may be hard to believe that this thing actually works. I’m happy to tell you that the MGCOOL Explorer Pro doesn’t just work. It works really well. One of the coolest things about this camera is the sharkeye lens. If you’ve ever used an action camera or even seen footage taken from an action camera, you may notice that the footage is usually distorted in a stranger way. MGCool’s unique sharkeye lens allows for some pretty great distortion correction, along with light transmittance and color revivification. If you don’t understand any of those technical terms, I can speak in layman’s terms for you. It makes the video appear less curved, brighter, and just generally better. The Explorer Pro’s ability to have a wide angle lens that doesn’t cause distortion is definitely impressive.

Another aspect of the MGCOOL Explorer Pro that I haven’t mentioned yet is the app. Some people aren’t very tech savvy, and so I can understand why they would be hesitant to spend a large quantity of money on something that they may not even be able to properly use. The Explorer Pro is fully compatible with a companion app, which makes the whole device a lot easier to use. From the app, you can watch your footage being recorded live from your camera. You can configure the options of your camera. You can download and browse photos and videos that you’ve taken, and also post your media directly to social networks. The built in wireless internet module in the camera lets this happen. Although the app isn’t really essential to your user experience with the Explorer Pro, it certainly makes things much easier and much more user friendly.

Is the MGCOOL Explorer Pro really worth it? 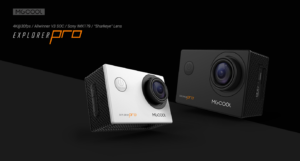 Now, it’s time to consider whether or not this camera is actually worth you money. I know what you might be thinking. The Explorer Pro doesn’t cost any more than $40. Is this really something that you should have to think about buying? In my opinion, it still is. Although this camera in very affordable, there really isn’t any reason to purchase something like this if you never plan on using it, or if it won’t work. As we’ve already established, though, the MGCOOL Explorer Pro functions exactly as you would expect it to, if not better. Its features make it a remarkably good entry level action camera who plans on using it in a traditional action camera setting. So if you want to record your mountain biking excursions or your deep sea dives without breaking the bank, then I think that this camera is pretty much perfect for you. If you just want a camera that can be used generally, this is also an affordable option. However, know that you may not get the same level of quality with an action camera that you would get with a “normal” camera.

If you don’t like the idea of buying a “low tier” camera, then first I feel the need to note that this camera works a lot better than you might think. You’re obviously not going to get anything that’s exactly on par with a $400 camera, but you’re also not sacrificing as much quality as you may think. However, if you have those kinds of concerns, then it’s worth noting that this camera could be a good “trial run” for you. Maybe you just want to try out having an action camera to bring along with your outdoor adventures. You can use this for a little while, and if you like the experience but you want something a little more powerful, you can splurge for a more expensive model later on. Basically, I’m saying that the MGCOOL Explorer Pro is a really great action camera for the price. I highly recommend it to just about everyone. Also be sure to check out their facebook page here.