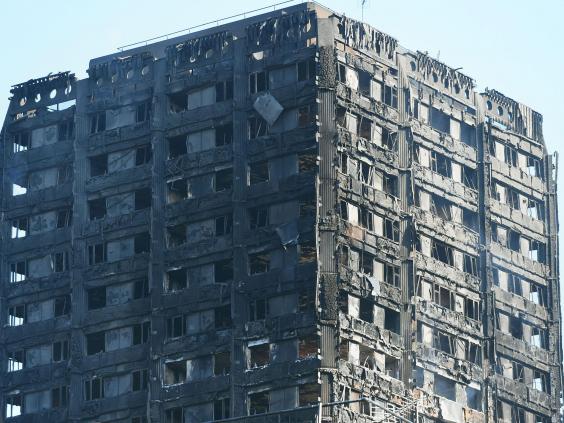 A family that was trapped in the fire that surrounded the Grenfell Tower in London may have been saved by an idea from their mother. The fire, which quickly spread through the floors, left many trapped in the building and one mother decided to flood her apartment to keep the area from burning. According to the Daily Star, the mother let the bathtub overflow so the apartment would flood.

Natasha Elcock, her boyfriend and her daughter were living in the 11th floor. The three were trapped as the fire, which reportedly began in the fourth floor, quickly spread to other floors. Elcock said she let the bathroom flood and that they kept their daughter on the wet floor.

The fire, which happened early Wednesday, left most of the tower burned. Firefighters stopped the fire yesterday and are now searching through the tower. Officials also confirmed yesterday that the death toll had increased from 12 to 17. BBC reported earlier today that the death toll had risen to 30. Authorities have opened an investigation and the government has ordered safety checks for other buildings.

Elcock also told the Daily Star that the door was buckling and the windows were bubbling and cracking as the fire spread. She says they called out for help almost 100 times. They were rescued at around 3 a.m.

Authorities continue the search in the tower but London Police have said it is unlikely that survivors will be found. 600 people were living in the tower, which had recently undergone renovations. Authorities are currently investigating the cause of the fire but experts have pointed to the materials used in the renovations as one of the reasons. According to experts, the cladding material used for the renovations could have spread the fire quicker. Some residents had reportedly complained about the safety of the building in the past. Others have said they did not hear the sound of the fire alarm.