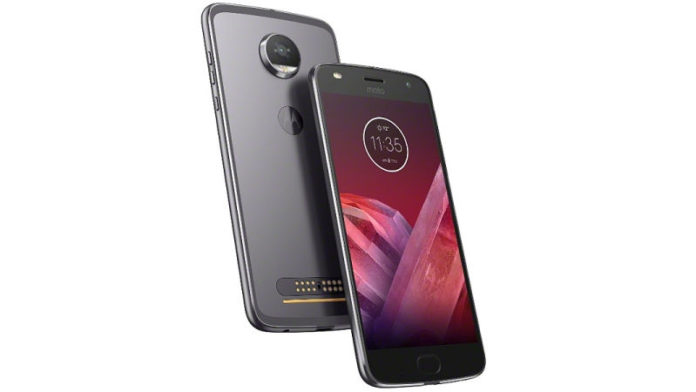 Yesterday, Motorola Canada revealed on Twitter that there would be an announcement on Thursday. Today, we learned that the announcement was for the Moto Z2 Play, the successor to last year’s Moto Z Play.

The smartphone comes with a 5.5-inch display and Moto Mods, which were part of the Moto Z phones of 2016. The Moto Mods give users the ability to attach accessories they want to their Moto Z. During the announcement, the company said there would be four new Moto Mods, including the Moto Style Shells with Wireless Charging, which will cost $40. Other Moto Mods such as the JBL SoundBoost 2 will cost $79.99.

The new Moto Z2 Play comes with a number improvements, including a new camera and a better processor. Here are the specs of the Moto Z2 Play:

The company also announced the Moto GamePad, a controller that attaches to the phone. The price of the controller is $79.99. The Moto Mods will be released this summer. Motorola announced earlier this year that it plans to release at least twelve Moto Mods in 2017.

The Moto Z2 Play has just been unveiled but the recent rumors and leaked presentation could mean many more announcements from Lenovo and Motorola in the next few months. The Moto Z2 Play unlocked will sell for $499 on Motorola’s official website. The phone will also be available from Verizon.