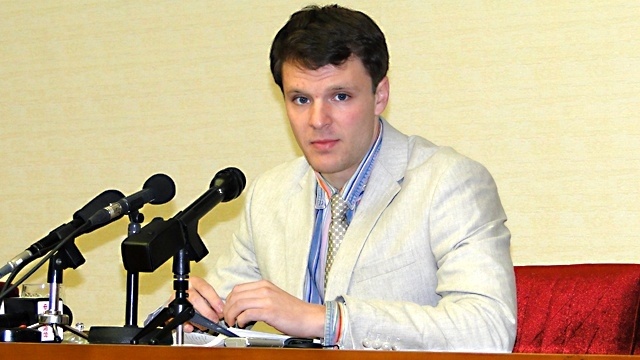 Otto Warmbier, a US student who was sentenced to years of hard labor in North Korea, has been released but is reportedly in a coma. The news of Warmbier’s release were confirmed by the US Secretary of State.

Warmbier’s parents say he has been in a coma for a year and that they found out about it last week. They say he’s been in a coma since after his trial last year. Warmbier was one of four Americans being held in North Korea.

In the last three months, North Korea has arrested two other Americans. The arrests in April and May brought the total to four Americans being held in North Korea. The US government has repeatedly warned its citizens not to visit the country as tensions have risen between the two.

Mr. Warmbier was given a 15 year sentence on March 16 after a short trial. His parents recently spoke to CNN and said that they had no contact with their son for over a year. They found out he was in a coma last week. His parents said in a statement that he has left North Korea and that he is on flight on his way home.

There are now three American citizens being held in North Korea. Tony Kim, one of the men recently detained as he was leaving the country, is a US professor. Kim Hak-song, who was detained in May, also worked in the same university as Kim. He is being held over ”hostile acts” against the country. The third is Kim Dong-chul, who was given ten years of hard labor for spying and stealing state secrets.