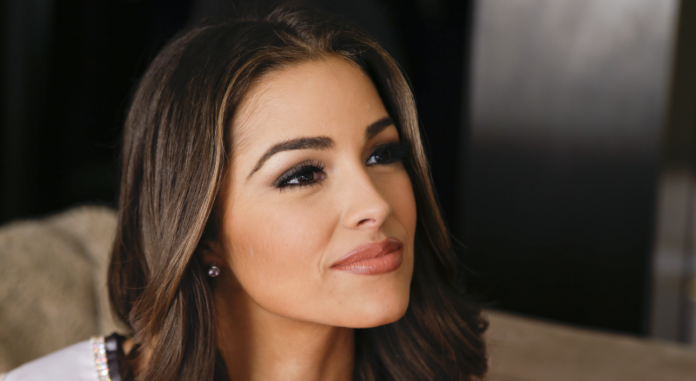 Olivia Culpo is an American model, actress, and cellist who is most well known for winning the Miss USA pageant in 2012 for the state of Rhode Island. She also famously dated Nick Jonas from 2013 to the summer of 2015.

How Olivia Culpo Got Famous

Olivia Culpo was born on May 8th, 1992 in Cranston, Rhode Island. She is the middle child, having two older siblings, and a younger brother and sister. Her father owns several resterants in Boston such as the Lower Depths Tap Room, and the Parish Cafe. Although he got into the restaurant business, both he and Olivia’s mother Susan began their careers as musicians. This is fitting as they got Olivia into playing the cello beginning in the second grade. She was talented, and she went on to play in various Orchastras, such as the Rhode Island Philharmonic Youth Orchestra.

Olivia attended Saint Mary’s Academy in Rhode Island, which was a combination elementary and high school. The Catholic school, started by the Sisters of Mercy in 1874, only accepts girls. Once she graduated, Olivia Culpo went to Boston University where she was approached and signed by Maggie, INC, a Boston modeling agency. This lead to her successes later in life.

Soon after her Miss Universe win, Olivia traveled to Indonesia, Bali, Yogyakarta, and Surabaya. She was the host of the United Nations Population Fund on HIV in Jakarta, a discussion geared towards preventing the disease in the youth of Indonesia. She also helped to crown the winner of the Indonesian beauty pageant, Puteri Indonesia, on Febuary 1st, 2013. Later that year, Olivia was honored by the city of Cranston once again when a street was named after her.

She continued her modeling career by walking the cat walk at the Sherri Hill fashion show, and shooting commercials all around the world. She traveled to many places while she was still Miss Universe, such as India, England, Russia, Ecuador, and Moracco, among others. She stepped down in late fall of 2013, and crowned the new Miss Universe, who was from Venezuela.

Starting halfway through her reign of Miss Universe 2013, Olivia began dating Nick Jonas of the Jonas Brothers in June of 2013. The relationship lasted until 2015, when the strain of the long distance nature of the relationship caught up to them. Olivia Culpo took a year to recover, then coupled up with a wide receiver from the New England Patriots, Danny Amendola. They are still going strong as of June of 2017, most recently appearing together for a charity football game. 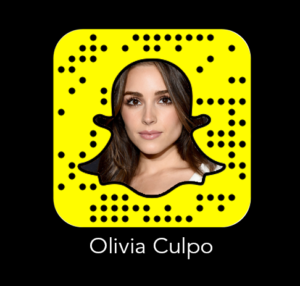 Olivia Culpo does not look like she has a personal Facebook profile available for fan consumption, but her official Facebook page is public, and full of Instagram photos and throwbacks to her former days as Miss Universe. You can join her 44,495 followers by clicking here.

You can find Olivia on Instagram under the handle oliviaculpo, or by clicking here. She has lots of photos of herself with healthy looking meals, as well as promo pics, and shots of her and her football playing beau. Olivia has accumulated 1.2 million followers on Instagram.

You can join Olivia’s 212,651 followers on her official Twitter page by clicking here. It’s the social media platform that she uses mainly for personal reflections. She posts old photos of herself and her family that you dont get to see on Instagram, and tweets out her makeup recommendations.

What is Olivia Culpo’s Kik Username or Code?

While Olivia does not have an official Facebook page, you can find videos of your favorite beauty queen on other YouTube channels. She’s appeared with Charlotte Tilbury to do makeup tutorials, and you can also find videos of her pageant appearances.