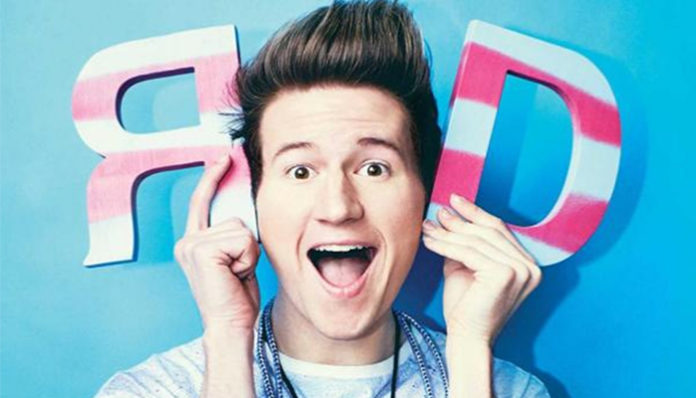 One of Youtube’s rising stars, Ricky Dillon has amassed well over three million subscribers since he launched his channel back in 2009. Originally from North Carolina, he spent his childhood in Alabama after his family moved there when he was still a toddler. In his teens, he started to make videos with his friend Shelby, which the two later uploaded online- it wasn’t until a little later on that Ricky decided to go solo.

In 2010, the online sensation joined a collab channel called our2ndlife- it was thanks to this group, that he first garnered widespread attention on the web. Before long, the crew had reached over 2.7 million subscribers.

Since then, Ricky has posted hundreds of videos onto his main channel- altogether, they have been viewed more than 332 million times. Naturally, a star of his caliber would bank a considerable amount from his endeavors- how much is Ricky Dillon worth in 2017? According to various sources, he currently has a fortune of approximately $470,000.

How Did Ricky Dillon Make His Money & Wealth? 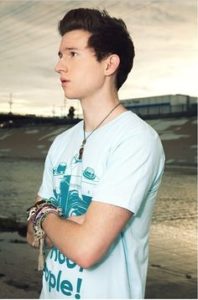 Born on April 4, 1992 in North Carolina, Ricky Dillon (Real Name: Richard Porter Dillon Jr.) was raised with his older sisters in Tuscumbia, Alabama. After finishing grade school, he went to Hoover High School where he was a member of the marching band. When he was seventeen years old, Ricky and his friend Shelby started to create videos together, which they later posted onto their Youtube channel, PICKLEandBANANA. Eventually wanting to go solo, Ricky started to make videos on his own by late 2010.

At the beginning of his Youtube career, Ricky primarily uploaded music videos. Although his work garnered a fair amount of views from across the world, it wasn’t until he joined a supergroup called Our2ndLife in 2012, that he garnered widespread attention. A collaborative vlogging channel, it featured five members including Kian Lawley, JC Caylen, Sam Pottorff, Trevor Moran, and of course, Ricky. While they all had their separate channels, they joined forces on a new shared account, which went on to amass over a million subscribers.

Quickly one of the most popular supergroups on Youtube, Ricky and his buddies soon found themselves touring across the country- at one point, they even stood on the red carpet as correspondents for the MTV Movie Awards ceremony. As they continued to rise in fame, Our2ndLife eventually embarked on an international tour, which brought them to various cities around the world.

While Ricky had a sizable fan base prior to his involvement with the group (e.g. he had hit 100,000 subscribers within six months), it was ultimately thanks to Our2ndLife that he rose to prominence as a Youtube star, in the small time frame that he did. By the time they broke up in the winter of 2014, an event that shocked fans, his personal Youtube account had grown significantly in terms of subscribers and popularity.

Since then, he has posted countless videos to his main channel from carpool karaoke to him shaving his head on camera. Having moved up the ranks over the past couple of years, Ricky easily receives a few hundreds of thousands of views per video, with some of the most popular uploads having been viewed well over a million times. For instance, his most-viewed video to date, is that of Relationships: Then vs Now, which has since garnered over nine million views.

Aside from his primary account, Ricky also had a secondary channel called RickyDVlogs in which he talks about his everyday life. Although it’s not as popular as PICKLEandBANANA, it has still managed to amass over 18 million video views and more than 517,000 subscribers.

Clearly, the Youtube personality must receive a hefty amount from his two accounts combined, what with all the millions of views and what not. So then the big question is, how much has Ricky earned so far from his online videos? Currently, his main channel has over 3.2 million subscribers; according to statistics provided by various websites, he roughly receives 200,000 views daily. Altogether, it is estimated that he takes in $300 per day from the ads that he’s placed in his videos, as part of Google’s partnership program.

Seeing as how he’s amassed over 350 million lifetime views through his two channels to date, that easily works out to be a few hundreds of thousands in revenue. Of course, Youtube takes a cut, but still, it’s impressive nonetheless.

In 2015, Ricky also made his acting debut in the film short, The Storybrook Killer, which starred Meg DeAngelis, Ashley Argota, and Cody Saintgnue. Since then, he has appeared in MTV & Taco Bell: Fan Fueled Film (2016), and The Youtube Killer (2016). In 2016, the Youtube celebrity also lent his voice to the popular animated film, Trolls.

Besides his career as a Youtube celeb, Ricky is also talented singer. In 2014, he came out with his debut single, Ordinary– nothing short of popular, its music video has since been viewed over five million times online. On the iTunes charts, the song reached number 25 in the United States, number 26 in Canada, number 55 in the UK and number 97 in Australia.

On January 26, 2015, the artist released his debut extended play entitled, RPD. An independent project, it boasted five tracks including Never Ending Runs, Thunder and Lightning, Ignite, Live it Up, and Stars. Made available via digital download, it eventually reached number 6 on the US iTunes Chart; it also reached number 13 in Canada, number 51 in the UK and number 33 in Australia.

A year later, the online personality came out with his debut studio album, Gold. Released via the EGR Music Group, the project was first announced in December 2015 through his Youtube channel. Preceded by two singles, it came with ten pop tracks including Don’t Wanna Fall in Love, Fight and Battle, Steal the Show, Never Ending Ruins,Ordinary, Gold, and Got Your Back; the album also featured appearances from Snoop Dogg, Shelby Waddell, and Trevor Moran. Although reviews were generally negative, it remained fairly popular among his fanbase. Shortly after its release, Gold peaked at number 10 on the Billboard Independent Albums chart. On iTunes, it also peaked at number 21 in the US and number 15 in Canada.

From there, he eventually released an additional single entitled, BEAT, which ended up peaking at number 70 and number 79 on the iTunes chart in the United States and Canada respectively.

In 2016, Ricky officially became an author after releasing the book, Follow Me; A Memoir in Challenges. Published by Keywords Press, he offered readers a glimpse into his personal life through the text.

Online, he also collects an amount of change from his official merchandise store, which sells items such as t-shirts and posters.

Considering everything that we’ve said, it’s fair to say that Ricky has earned most of his fortune from the success of his Youtube channels- his two accounts alone have brought him hundreds of thousands of dollars since his debut. Having said that, his other ventures- such as his music career, also plays a considerable role in supplementing that income.

Assuming that he’ll continue on with his Youtube channel over the next few years, his page is guaranteed to grow both in subscribers and video views. As such, it’s almost guaranteed that his net worth will also continue to go up in the near future- the question is just, by how much?

No, the Youtube personality is not married. From what we can tell, he is currently single. In the past, he was in a relationship with American singer, Trevor Moran.

Regarding his sexuality, Ricky explained in a video entitled “My Sexuality” that he is closest to being asexual, if asked to label himself.

Does Ricky Dillon Have Any Children?

No, Ricky Dillon does not have any children.

Where Did Ricky Dillon Get His Name From?

His stage name, “Ricky” is presumably derived from his given name, Richard; Dillon is simply his last name.

As far as his Youtube username PICKLEandBANANA, he and his friend Shelby come up with it after putting together their nicknames- “Pickle” comes from the fact that people used to call him Dill (short for Dillon) and that dill was a type of pickle.

Did Ricky Dillon Go to College?

Yes, Ricky Dillon did go to college at one point. Upon graduating from Hoover High School in Birmingham, Alabama, he went to Auburn University where he studied film. Ultimately, he chose to drop out after three years.

This January, Ricky Dillon announced through his Twitter account that he had moved to a new house, although he did not reveal any details. What we do know however, is that he still resides in Los Angeles, California.

Regrettably, we do not have any pictures of his house to share at this time.

What Kind of Car Does Ricky Dillon Drive?

In the fall of 2015, the Youtube celeb purchased a brand new Camaro for himself- reportedly, he had dreamt of owning one ever since he was young.

At just twenty five years old, Ricky has made himself out to be one of the most successful Youtube stars of all time, having amassed well over 3 million subscribers on the website- which is no easy feat. In just a few year’s time, the personality has managed to garner well over 330 million views across his channel.

Back in 2014, his work had earned him a Teen Choice Award for Choice Web Star: Comedy.

Aside from his online accomplishments, Ricky has also embarked on a successful music career, having released a charting studio album, an extended play and a handful of singles.

First and foremost, Ricky has of course, been updating his Youtube channel- in fact just yesterday, he uploaded his latest video, a Truth or Dare which features Alexis G All, Elijah & Christine, and Andrew Lowe.

As far as new songs go, he hasn’t come out with any new tracks since the release of his studio album, Gold back in January of 2016. Having said that, we wouldn’t put it past him to drop something later on in the year.