Syria: Ambulances Donated By The UK Help Right Away 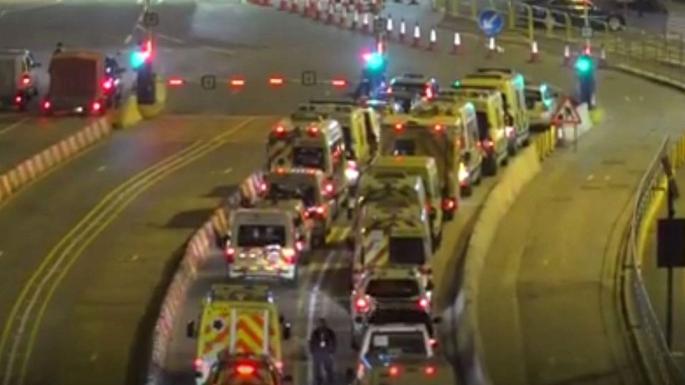 The ambulances weren’t in the hospitals for long as they were called to help after an explosion at a market. According to an Idlib health official, the ambulances were immediately sent to the area of the incident. The explosion, which happened on June 20, left three people dead and many more injured.

The ambulances are a huge help for the province, which has lost many hospitals and emergency vehicles. The province was declared a safe zone along with three other areas after an agreement last month but attacks before that have left residents without hospitals. The majority of hospitals and medical centers have been heavily affected by bombings. Many of them are currently closed as they have no equipment or supplies to treat patients.

In the last few months, bombings have left the province without many of its emergency vehicles. The loss of emergency vehicles made it difficult for emergency teams to transport and treat people on their way to the hospitals. The five charities involved in the donation of the retired ambulances raised more than $600,000 to transport the vehicles from the UK to Syria.

The 100 ambulances began their journey to Syria in April and are now in the province helping residents. The five charities that helped in the transport of the emergency vehicles say that one ambulance can help save up to 43 lives a month.