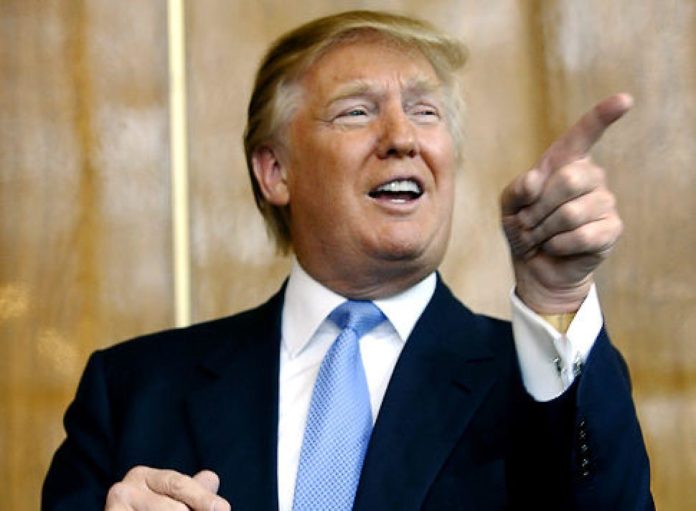 “In order to fulfill my solemn duty to protect America and its citizens, the United States will withdraw from the Paris Climate Accord. But begin negotiations to re-enter to Paris Accord, or, really, an entirely new transaction on terms that are fair to the United States, its businesses, its workers, its people, its taxpayers. So we’re getting out to see if we can get a deal that’s fair. If not, that’s fine.” With these words, President Trump has elected to remove the United States from the Paris Climate agreements. But what are they, and what does this mean for the United States and the World at large? With claims from one side claiming it to be the end of America as the leader of the Free World and the other saying it’s one of the greatest steps this nation has ever made, there’s a lot to examine and even more to debunk. Here, we will examine the accords, the politics behind the move, and ramifications.

What Are The Paris Accords?

Before we go into the politics and speculations, it may best serve us to be acquainted with the now left behind deal, and what some of the core elements of it happened to be.

Formally named as the Paris Agreement under the United Nations Framework Convention on Climate Change, one is correct in assuming that the Accords have at least something to do with environmental policy and control of carbon emissions.

Taken from the documentation itself, the agreements, which have been signed and agreed to by every nation save Syria, Nicaragua, and now the U.S. go as such (if interested in the agreement itself, feel free to take a look here) :
That every nation is to determine for themselves contributions and actions needed to reach the goal of the convention, which is to reduce carbon emissions and slow global warming to maintain under a 2 celsius increase of global temperature averages by 2025. These contributions, while determined by the nations as previously stated, are to be considered “ambitious”, which in international politics is useful in terms of its ambiguous nature, so as to work as a tool or weapon depending on who is talking. Likewise, this agreement has no real teeth to show those who don’t make their goals, outside of being encouraged by the rest of the committee to try to reach their goals.
These goals are to be like any goal from climate change to an individuals weight loss goals be realistic, within a time frame, specific and have long term benefits. For those countries that are developing in nature, the Accords also encourage nations who subsidize their development to encourage “greener” innovations and adoptions so as to allow for economic growth without the ecological cost. There are also provisions to help mitigate territorial and economic losses as a result of global warming, especially for countries which would suffer disproportionately, though this is through a more private agreement between countries and again could not be enforced.

In terms of adherence, without enforcement, there has been progress but not to the level desired. For example, last year average temperatures rose 3 degrees, one above the desired goal, and many critics were happy to point to the weak enforcement and overall lack of transparency (despite a provision for it) as reasons.

What Does Trump’s Exit from the Paris Accord Mean?

To be short, not much. In reality, the following facts have to be observed to get a feel for why this is seen as a big move, and even more so why it is not one.

First, the declaration from President Trump exiting the Paris Accord cannot take effect as a formal withdrawal until 2019, and even then there is a full year before full withdrawal occurs, leaving it up to either his second term presidency or someone new to determine the fate of the participation of the United States in the environmental agreements.
Secondly, a reason for this move is more or less a signal to his supporters and opposition alike. More or less a political virtue signal to the world, Trump may see this as a win for Populism and the anti-global agenda, or in his own words, a win for those he cited with the phrase “People of Pittsburg elected me, not the people of Paris”. To his opposition, this has proven to be ammo against him in the claim that he is anti-environment and anti-EPA, though one could point to Rep. Matt Gaetz as more of a credible threat at this time, introducing a bill, in it’s entirety as seen below:
A BILL
To terminate the Environmental Protection Agency.
Be it enacted by the Senate and House of Representatives of the United States of America in Congress assembled,
SECTION 1. TERMINATION OF THE ENVIRONMENTAL PROTECTION AGENCY.
The Environmental Protection Agency shall terminate on December 31, 2018.

As one can expect, this likewise isn’t going anywhere. Even with a majority in government, the abolishment of an entire agency is a logistical, political and financial nightmare. While “small government” proponents may applaud it, there’s still jobs lost, and plenty of people who believe the laws and agency to enforce them are there for a reason.

The Ramifications of Leaving the Paris Accords

As mentioned before, the accords are merely the paper and a smile. No teeth, no international penalties except those decided on as retaliation (though this is doubtful) on a per-nation basis. However, there is something of interest that has come of the leaving of this agreement. That being, the Unified Front of President Trump, Ivanka, Jared Kushner, and Rex Tillerson may have some cracks. Out of his advisor board, none agreed with this decision, which comes as a surprise to many as Tillerson is well known to come from Big Oil.

Next is the market reaction, which has yet to fully be realized. Upon announcement, many energy companies saw a rise in stock price, though there is an immediate fear for the country’s fastest growing job: Windmill turbine technician. Depending on market reactions, this job may slow, unless State, Local and Federal efforts continue on the path to a greener future.

In closing, we find the views of both sides to be extreme, and Trump to be playing both sides against each other for a shot at more popularity. With little more than a smile and non-committal handshake to his supporters, and more or less shaking a piece of cardboard painted to look like a sword to his opponents, we can say that the only effects of the U.S. leaving the Paris Accords are what we and the world make of them.

PS Now: Everything Coming To The Service In December

Dec 3, 2020
PlayStation Now has a massive library but the service often adds multiple games every month. The month of December will be no different as...