UAE: Barcelona Jerseys With Qatar Logo Could Get Fans In Trouble 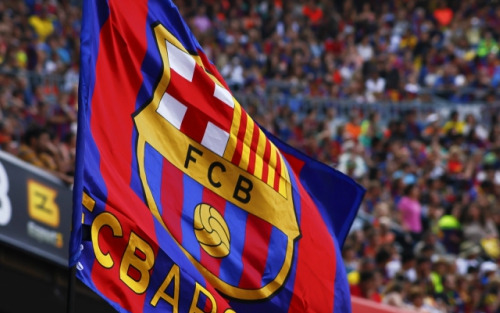 If you live in the United Arab Emirates and like Barcelona’s jersey or are a huge fan, you might want to wear the jerseys used before 2011. In recent days, Arab nations have suspended diplomatic relations with Qatar over its alleged support for Islamist groups.

The diplomatic crisis has led to countries suspending flights and withdrawing their staff from Qatar. UAE, which cut diplomatic ties with Qatar earlier this week, has introduced strict laws against those sympathizing with Qatar. The nation has also blocked Qatar Airways flights from entering the country.

What does Barcelona have to do with the diplomatic crisis? Well, not a lot but their jersey has the Qatar Airways logo. In 2010, Barcelona signed a deal with Qatar Sports to have a logo on their jerseys. It was the first time in 111 years that the club had a sponsor. Since the agreement, the club has used Qatar Foundation and Qatar Airways on its jerseys.

The strict laws by UAE against those supporting Qatar could get Barcelona fans in trouble. The jersey is common around the world and those seen wearing it in the UAE, might face a big fine or even jail time. The nearly $140,000 fine doesn’t sound as bad when compared to the jail time, which could be up to 15 years.

The jersey is not the only thing that could get people in trouble. Showing support for Qatar on social media could also mean a fine or jail time. The UAE Attorney General recently said that any support for Qatar will see strict action taken.

The laws mean that Barcelona fans living in the UAE will have to wear other jerseys to support their club. Last year, the club did sign a new sponsorship deal with Rakuten, so fans have two options. One of the options is to wear old jerseys before the 2011 season or buy a new one for the upcoming season, which will have e-commerce giant Rakuten on the front.

Barcelona jerseys are currently one of the top five most popular around the world but UAE residents and tourists will have to replace them. The good news is that they have a new sponsorship deal, so that’s a good excuse to buy a new and expensive jersey.