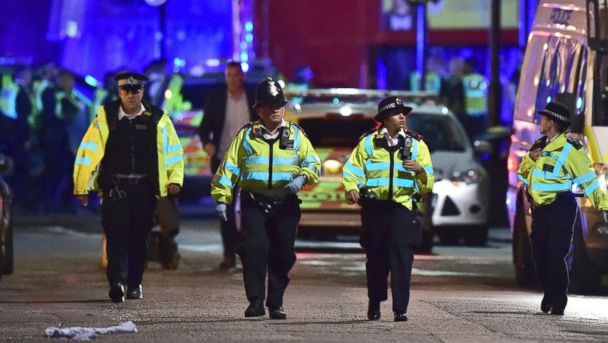 Police have arrested three more suspects as they continue to investigate the London Bridge attack. The arrests come right around the same time a video of the attackers being shot by police surfaced online. Eight people were killed and 50 were injured in the London Bridge attack last week. The terrorists drove into the people walking on London Bridge and then left their vehicle to attack with knives.

A few hours ago, a video of the three attackers surfaced online. The video shows police arriving and opening fire on the three attackers. Police recently said eight officers were in the area and fired about 50 rounds, killing the three men. A second video of the men sitting outside a gym a few days before the attack was obtained by The Times newspaper.

Police have made more than ten arrests since the London Bridge attack but most people have been released. Police are also facing questions about whether they had enough information to maybe prevent the attack. One of the attackers had been identified as a threat back in 2016. The man was stopped at an airport in Italy.  One of the attackers also appeared in a documentary and was known to police. Authorities have said they were unaware of the two other men involved in the attack.

The attack last week left 50 injured and many of them are still recovering in the hospital. Two days ago, authorities said there were still 15 patients in critical condition. The 50 people injured were taken to five hospitals across the city.