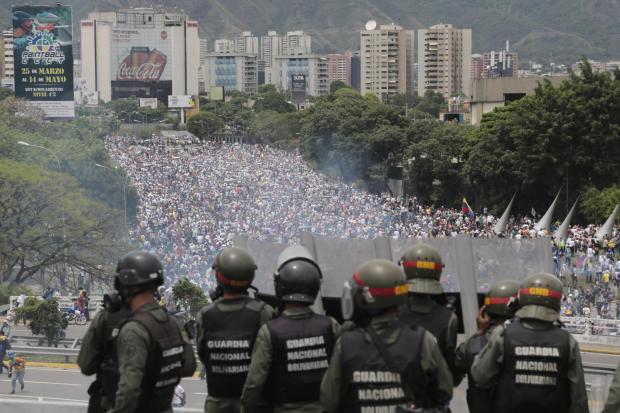 Alfredo Pedrique, a manager and former Major League Baseball player, believes the baseball season should be canceled in Venezuela due to the ongoing crisis. The former MLB player spoke about Venezuela’s situation during a radio interview and said there should be no baseball in 2017.

The baseball season in Venezuela ended earlier this year and is scheduled to return soon. But since April, protests against President Nicolas Maduro have taken place almost every day. More than 70 people have died in the protests and many more have been injured. Pedrique also spoke about the lack of food and medicine in the country.

The manager and former MLB player also asked team owners in the Venezuelan Professional Baseball League (LVBP) to think about canceling the season. His comments come just days after one of the tournaments that was supposed to take place in Venezuela next year was relocated.

The 2018 Caribbean Series tournament, which takes place after the baseball seasons from the participating countries, had Venezuela as host but the event was relocated to Mexico. Venezuela will host the tournament in 2019. Tournament organizers reportedly met to discuss the event. It was not revealed why the tournament was relocated to Mexico but many believe its because of the protests, which have continued since April. The Caribbean Series tournament will take place next year.

The protests show no sign of ending as a high percentage of the population is not happy with the shortages of food and medicines. The opposition has asked for general elections while the government has announced regional elections will take place later this year. The regional elections were scheduled for 2015 but were delayed last year.

In May, the LVBP announced that the baseball season would begin on October 10. The baseball season, which ends in January, continues with the Caribbean Series tournament. That event is scheduled for early 2018.